The Coast Guard said more than 20 cutters were on standby in Key West, Florida for rescue operations in the Bahamas and the Caribbean. 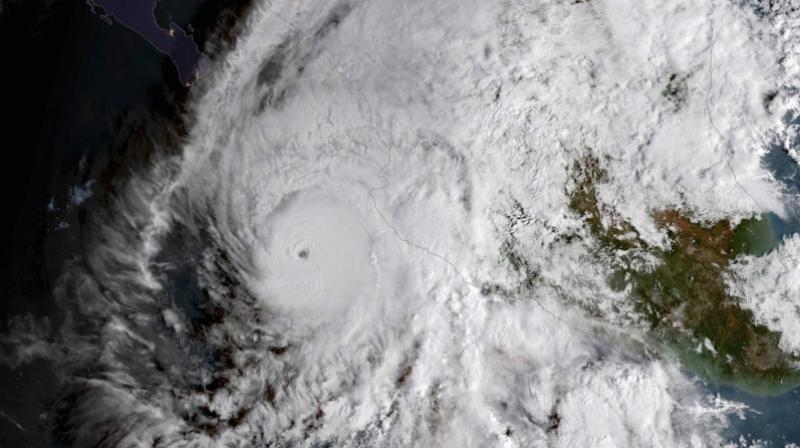 Hurricane Dorian is "the strongest hurricane" ever to hit the archipelago.

"We are in the midst of a historic tragedy in parts of our northern Bahamas," Minnis said at a news conference in Nassau, the capital of Bahamas.

As the storm lingers over the islands, forecasters predict it will move "dangerously close" to Florida later tonight, and millions of Americans are under mandatory evacuation orders, CNN reported.

Dorian made landfall as a Category 5 hurricane on the Bahama on Sunday night (local time). But now a Category 4 storm, Dorian has been crawling over the islands and remained stationed around 7 p.m. (local time), which means the strong winds will pound the same decimated places over and over again.

Dorian was still an "extremely dangerous" storm with sustained winds of 145 mph on Monday, the National Hurricane Center said in its latest advisory.

The storm wiped out power in Nassau and the rest of New Providence, the country's most populous island, Bahamas Power and Light was quoted as saying.

"The initial reports from Abaco is that the devastation is unprecedented and extensive. They are deeply worrying. The images and videos we are seeing are heartbreaking," Minnis said.

"Many homes, businesses and other buildings have been completely or partially destroyed," the Prime Minister added.

Minnis said Coast Guard crews have rescued several injured residents in Abaco. The Coast Guard said more than 20 cutters were on standby in Key West, Florida for rescue operations in the Bahamas and the Caribbean.

"Bahamians across our country and throughout the world are praying for you," Minnis said.