An eruption of Mauna Loa, the world's largest active volcano, did not appear to be imminent. 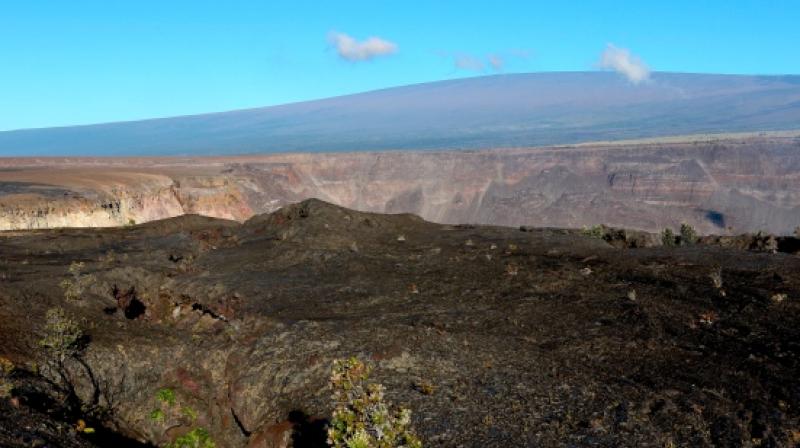 The increased seismic activity indicated a shift in the 'shallow magma storage system' under the mountain, the Hawaii Volcano Observatory said in an advisory. (Photo: AP)

Hawaii: The Mauna Loa volcano in Hawaii has been hit by at least 50 small earthquakes since October of last year, scientists said on Tuesday, prompting US geologists to raise its alert level to yellow.

An eruption of Mauna Loa, the world's largest active volcano, did not appear to be imminent. The increased seismic activity indicated a shift in the "shallow magma storage system" under the mountain, the Hawaii Volcano Observatory (HVO) said in an advisory.

"As has happened before, it is possible that current low-level unrest will continue and vary in intensity for many months, or even years without an eruption," the observatory said.

"It is also possible that the current unrest is an early precursor to an eventual eruption. At this time, we cannot determine which of these possibilities is more likely."

Yellow is the second level on the Hawaii Volcano Observatory's color-coded alert chart, above green, which is used to indicate "background, non-eruptive state." Orange signifies a volcano exhibiting "heightened or escalating unrest with increased potential of eruption." The highest alert level, red, indicates that an eruption is imminent.

"HVO expects that days or weeks prior to an eruption, monitoring instruments will detect signs of an increased potential for eruption," the observatory said. "However, it is also possible that the time frame to eruption could be shorter - hours to days. All communities on the flanks of the volcano should be prepared."

The last episode of volcanic activity in Hawaii was a destructive eruption of lava last summer from a series of fissures that opened at the foot of Kilauea Volcano, also on the Big Island.

The property losses from the May-to-August event marked the most destructive eruption event of Kilauea or any other volcano in Hawaii's recorded history.

The volcano has produced voluminous flows of lava that have reached the ocean at least eight times since 1868, and twice its eruptions have destroyed villages, in 1926 and 1950.