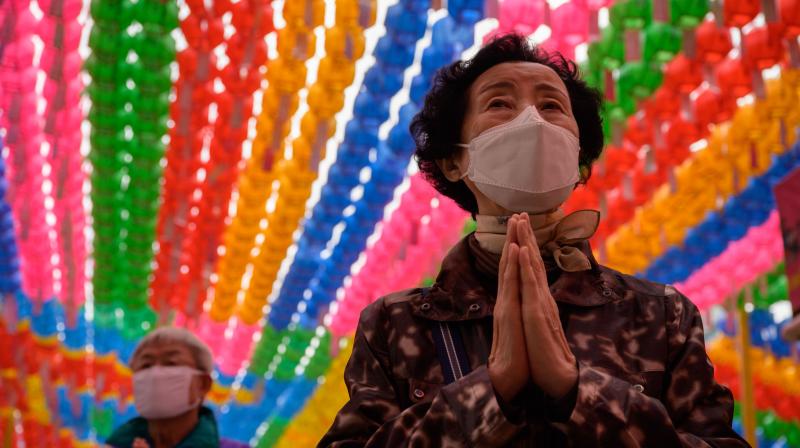 Kansas City: An Indian-American physician in Kansas City has begun a study to find if something called remote intercessory prayer might initiate God to heal those infected with the coronavirus.

Dhanunjaya Lakkireddy launched the four-month prayer study on Friday, which involves 1,000 coronavirus patients who are in intensive care.

In the study, none of the patients' prescribed standard care will be changed. They will be divided in two groups of 500 each and prayers will be offered for one of the groups.

Also, neither group will be informed about the prayers.

The four-month study will investigate "the role of remote intercessory multi-denominational prayer on clinical outcomes in COVID-19 patients," according to a description provided to the National Institutes of Health.

Half of the patients, randomly chosen, will receive a "universal" prayer offered in five denominational forms -- Christianity, Hinduism, Islam, Judaism, and Buddhism -- while the other patients will constitute the control group.

All the patients will receive the standard of care prescribed by their medical providers and Lakkireddy has assembled a steering committee of medical professionals to oversee the study.

"We all believe in science, and we also believe in faith," Lakkireddy said.

"If there is a supernatural power, which a lot of us believe, would that power of prayer and divine intervention change the outcomes in a concerted fashion? That was our question," he said.

The investigators will assess how long the patients remain on ventilators, how many suffer from organ failure, how quickly they are released from intensive care and how many die, Lakkireddy said.

He describes himself as "born into Hinduism," but said he also attended a Catholic school and had spent time in synagogues, Buddhist monasteries, and mosques.

The physician said he cannot explain how people praying remotely for someone they don't know (or a group of people,) could actually make a difference in their health outcomes, and acknowledged that some of his medical colleagues have had "a mixed reaction" to his study proposal.

Lakkireddy said he has no idea what he will find, "but it's not like we're putting anyone at risk. A miracle could happen. There's always hope, right?"