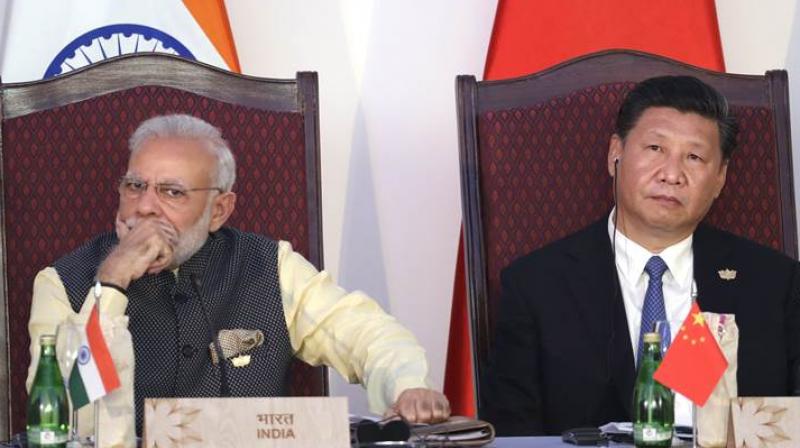 Asked about the impression in the US that New Delhi is a 'good bet' to contain Beijing, she said India is unlikely to be part of such an initiative. (photo: AP)

Washington: India and China have a “cold war-like” relationship in the making but New Delhi is unlikely to join something framed as a US-led front to contain Beijing, a former American diplomat has said.

Alyssa Ayres, who served in the South and Central Asia Bureau of the State Department, made the remarks last week in New York during the launch of her latest book ‘Our Time Has Come: How India is Making Its Place in the World’.

“It is a cold war-like relationship in the making. India and China have had a strong commercial relationship, but that is increasingly less satisfying for India, for many of the same reasons the United States is dissatisfied with its trade relationship with China,” she said.

To a question on India-China ties, Ayres, currently a fellow at the Council on Foreign Relations, a top American think-tank, said that for a while the commercial relationship between the two countries had relegated their strategic competition to the backseat.

“I think India (is) concerned about the increasingly larger presence that China is establishing across the Indian Ocean, with a base in Djibouti,” she said.

She added that India may also be concerned over China’s “deep relationship” with Pakistan, Sri Lanka, and the investments it is making in the two countries.

Asked about the impression in the US that New Delhi is a “good bet” to contain Beijing, she said India is unlikely to be part of such an initiative.

“I think India is going to be highly unlikely to be enlisted in something framed as a US-led effort to contain China. That is not what India seeks to do. It seeks to defend its own interests. It seeks to uphold the liberal world order,” Ayres said.

“India has been a big supporter of global norms, of freedom of navigation. But it also partners with China in many arenas. The Asian Infrastructure Investment Bank (AIIB), India is the number two capital contributor,” she noted.

The BRICS organisation went from being just an idea in a research paper to being a real institution, she said, adding India is very active with that and the five-nation grouping has created its own development bank.

“India became a member of the Shanghai Cooperation Organisation. It’s hedging its own bets as global governance reform lags on in the 20th-century institutions. And so where it has put some of its eggs in the new organisations basket, it has partnered with China on that front,” Ayres said.

To another question, she said that there would be a measured response from India if there was a repeat of the 2008 Mumbai terrorist attack.

“Based on what we saw with the surgical strikes of the previous year or the year before last, I would not expect a completely passive response. I would expect something measured, but much more active,” she said.