US weighing 'all options' to stop N Korea from developing nuclear weapon:

The Trump administration is continuing to work with its allies on the issue and goals are to stop the nuclear program, stop the missiles. 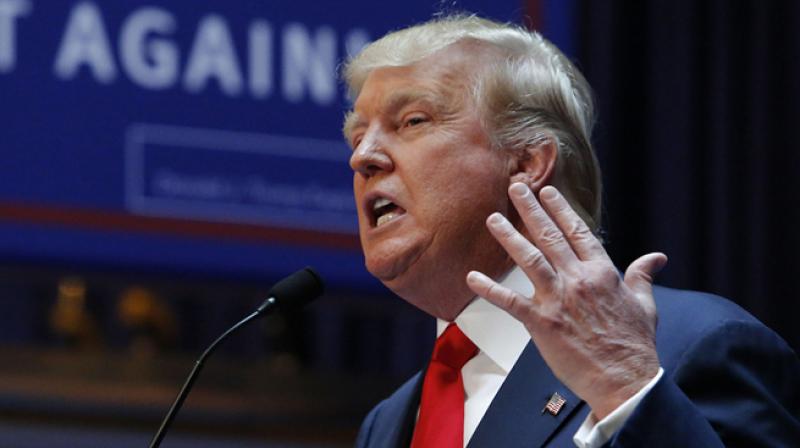 Washington: The Trump administration is weighing "all options" to prevent North Korea from developing a nuclear weapon, the White House has said.

"We're weighing all options, keeping all options on the table. As we've said many times before, we're not going to broadcast what we're going to do until that happens," White House Press Secretary Sarah Sanders told reporters during her daily news conference on Tuesday.

She said the US President Donald Trump has been very outspoken about the need to stop North Korea. "We've been very focused on stopping the nuclear program, stopping the missiles, stopping the aggression. That still continues to be the focus, and we're keeping all options on the table in order to do that," Sanders said.

The Trump administration is continuing to work with its allies on the issue. "The goals are to stop the nuclear program, stop the missiles, stop the aggression. With North Korea, we're going to continue looking at the best options and ways to accomplish that," she said.

Sanders was responding to questions on a comment by Senator Lindsay Graham in which he said that there is a military option to destroy North Korea's program as well as the country itself.

Meanwhile, Senate Minority Leader Chuck Schumer urged the US president to block the sale of a company founded by ousted White House communications director Anthony Scaramucci, along with most other major Chinese investments in the US.

"Even after North Korea's recent missile tests, China has maintained economic relations with the country and continues to be its largest trading partner. If North Korea's aggression is met with zero repercussions from its most important economically, it will have no incentive to reverse course on this dangerous activity," Schumer said.

In fact, China has even sought to weaken and water down the international sanctions regime to counter the threat posed by North Korea through the UN Security Council, he alleged.

As a result, Schumer urged Trump to exercise his authority over CFIUS to block mergers and acquisitions in the US by Chinese companies until China works to bridle its neighbour's aggression.

This economic pressure on China, Schumer said, would send a clear message to China that it is expected from it to step up and deter the North Korean threat. "I urge you to apply additional pressure on China to play a constructive role in reining in North Korea.

Given recent developments, it is my assessment that China will not deter North Korea unless the United States exacts greater economic pressure on China," Schumer said in a letter to Trump.

The US must send a clear message to China's government, he asserted in the letter that was released to the press. "To that end, if China continues to passively address North Korea, I urge you to use your authority over the Committee on Foreign Investment in the United States (CFIUS) to suspend the approval of all mergers and acquisitions in the US by Chinese entities," Schumer said.

Schumer alleged that the North Korean regime, is increasingly dependent on China's goods and investments, especially its energy and manufacturing imports.

Additionally, numerous reports indicate that China has unevenly enforced UN sanctions on North Korea and actively watered down sanctions in the most recent UNSC Resolutions, he alleged.

"Despite North Korea's recent missile tests- a clear UNSC violations- it remains unclear whether China will support additional sanctions against North Korea or intends to veto efforts led by the United States, the Republic of Korea and Japan," Schumer said.

"The robust China-North Korea economic and trade relationship makes it clear that China could exercise considerable leverage over the North Korean regime to alter course, but that far from trying to do so China's leaders would prefer to contain the problem not solve it," said the Senator from New York.