US Senate passes provision to give India NATO ally-like status

The National Defence Authorisation Act or NDAA for the fiscal year 2020, that contained such a proposal was passed by US Senate last week. 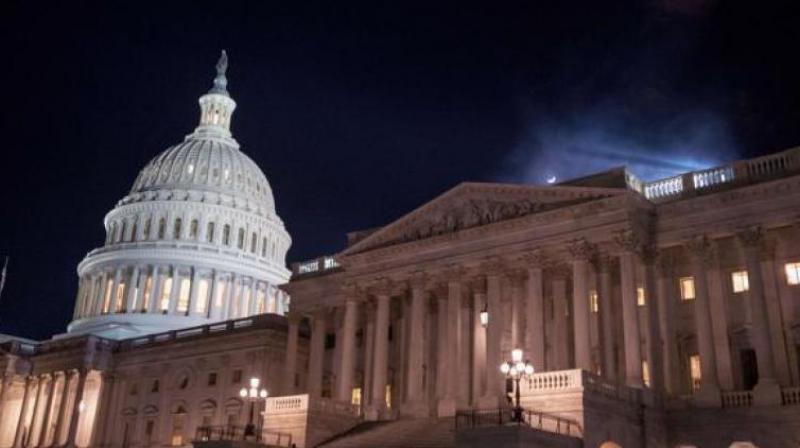 The House is expected to take up its version of the NDAA sometime in July before legislators adjourn for the month-long August recess on July 29. (Photo: File)

Washington: The US Senate has passed a legislative provision that brings India at par with America’s NATO allies and countries like Israel and South Korea for increasing defence cooperation.

The National Defence Authorisation Act or NDAA for the fiscal year 2020, that contained such a proposal was passed by the US Senate last week.

Last week, House India Caucus Co-Chair Brad Sherman, along with Congressmen Joe Wilson, Ami Bera, Ted Yoho, George Holding, Ed Case and Raja Krishnamoorthi introduced a similar legislative proposal to the House FY2020 NDAA that would greatly enhance the US-India relationship. The bill would be signed into law after both the chambers of the US Congress – the House of Representatives and the Senate – passes it.

The House is expected to take up its version of the NDAA sometime in July before legislators adjourn for the month-long August recess on July 29.

In a statement, the Hindu American Foundation commended Senators Cornyn and Warner for their efforts in advancing the US-India strategic partnership. “Elevating India to non-NATO status is vital, now more than ever, for the US, for India, and for the entire region,” said HAF managing director Samir Kalra.

“Whether we do that with free standing legislation or whether we do that with an amendment to the National Defense Authorization Act matters, I think, very little. What matters is that we recognise the importance, in a tangible way, of the US-India alliance,” Congressman Sherman said at the HAF Capitol Hill Reception last week.

The US recognised India as a “Major Defence Partner” in 2016, a designation that allows India to buy more advanced and sensitive technologies from America at par with that of the US’ closest allies and partners, and ensures enduring cooperation into the future.