American Airlines failed to stop the harassment after he reported it, the victim Farkhan Mahmood Shah claims in the lawsuit. 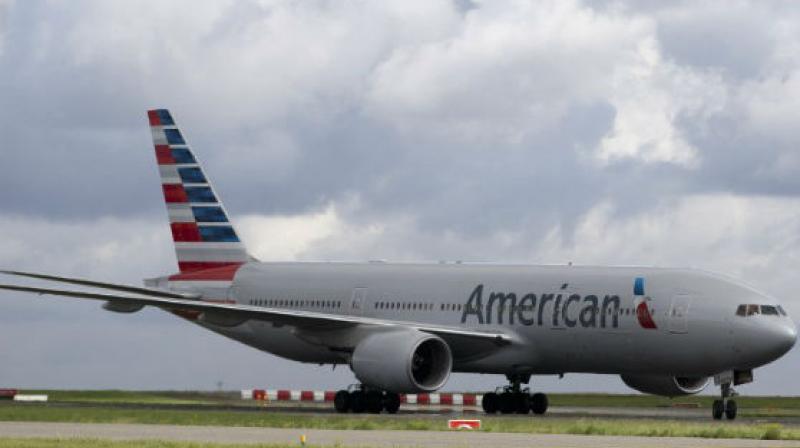 New York: A Pakistani-origin Muslim flight attendant in the US has filed a lawsuit against American Airlines, alleging that his co-workers repeatedly called him a terrorist and part of Hezbollah and the Taliban.

Farkhan Mahmood Shah, of Edison, New Jersey, also claims in the lawsuit, filed recently in the Superior Court in Middlesex County, that the Federal Bureau of Investigation (FBI) agents came to his house after he complained about the harassment to company officials.

Shah alleges that he was targeted for religious and ethnic harassment after the attacks of September 11, NJ.com reported.

American Airlines failed to stop the harassment after he reported it, Shah claims in the lawsuit. Shah, who started working at the airline in 1999 as a flight attendant, says in the suit that he was called a terrorist, part of Hezbollah and the Taliban, and other
offensive names.

On one flight, he claims another flight attendant tried to convert him from Islam to Christianity. American Airlines spokesman Matt Miller said the company is reviewing the complaints in Shah's lawsuit.

"American does not tolerate discrimination of any kind," Miller was quoted as saying. Shah said he reported the alleged harassment in 2008 when he began to notice erroneous marks on his record for being late and missing work.

The complaint escalated to the airline's New York human resources office in 2013 following numerous complaints where he also brought up the record errors, the suit said.

In 2014, Shah and his co-workers were having a conversation about 9/11 and one of the workers said, "it was the Muslims and that Muslims are evil," according to the suit.

Shah responded that some had said the terrorist attack was an inside job, and ISIS was created by the CIA, citing a Hillary Clinton clip he saw, the lawsuit said. Shah claims only his comments were reported to the supervisors.

Weeks later, Shah claims in his suit that he was placed on a "watch list" by American Airlines, and FBI agents showed up at his New Jersey home.

Shah claims the harassment continued over the next two years, as his case was moved around to a number of different human resources representatives without any resolution, according to the suit.

In 2016, he filed a complaint with US Equal Employment Opportunity Commission (EEOC), the suit states. Less than two weeks later, Shah claims FBI agents showed up at his house again, asking him if he planned on hurting anyone.

Shah received his Right to Sue letter from the EEOC earlier this year and remains on airline's staff. The suit, which names American Airlines and the Association of Professional Flight Attendants, seeks damages, attorney fees and other relief.