The death toll from COVID-19 continued its relentless march upwards, with more than 46,000 people known to have died worldwide 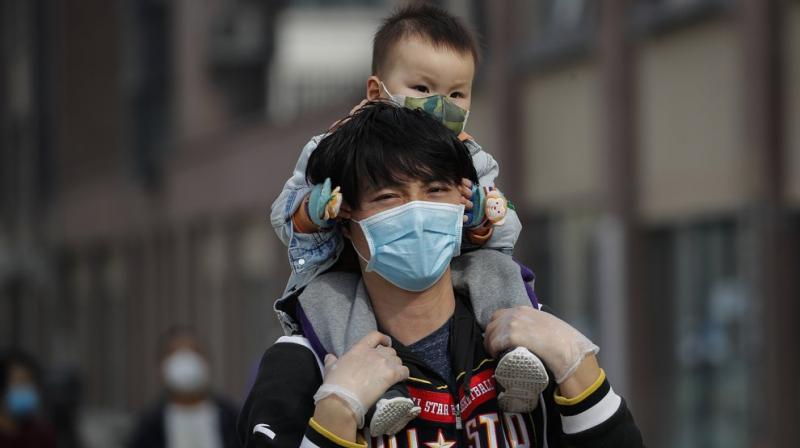 NEW YORK: Confirmed coronavirus infections around the world approached one million Thursday as the pandemic spread at a "near-exponential" rate, with a six-week-old baby becoming one of the youngest known victims.

Half the planet is under some form of lockdown as governments struggle to tamp down a virus that has killed tens of thousands of people.

The death toll from COVID-19 continued its relentless march upwards, with more than 46,000 people known to have died worldwide.

The United States, which now accounts for almost a quarter of reported global infections, logged its 5,000th death overnight, according to a tally by Johns Hopkins University.

And, said President Donald Trump, things were going to get worse.

"We're going to have a couple of weeks, starting pretty much now, but especially a few days from now, that are going to be horrific," he said.

"But even in the most challenging of times, Americans do not despair. We do not give in to fear."

Among the latest US fatalities was a six-week-old baby who was taken to a Connecticut hospital late last week.

"Testing confirmed last night that the newborn was COVID-19 positive," the state's Governor Ned Lamont tweeted. "This is absolutely heartbreaking."

The new coronavirus has chiefly affected the elderly and those with pre-existing medical conditions, but a number of recent cases have highlighted that it can affect people from all walks of life.

The dead have included a 13-year-old in France, a 12-year-old in Belgium and 13-year-old Ismail Mohamed Abdullah in Britain, whose family said the "gentle and kind" boy had no underlying health issues.

"The number of deaths has more than doubled in the past week. In the next few days we will reach one million confirmed cases and 50,000 deaths," he said.