The two officials are believed to have discussed security relationship, counter-terrorism, and defence partnership. 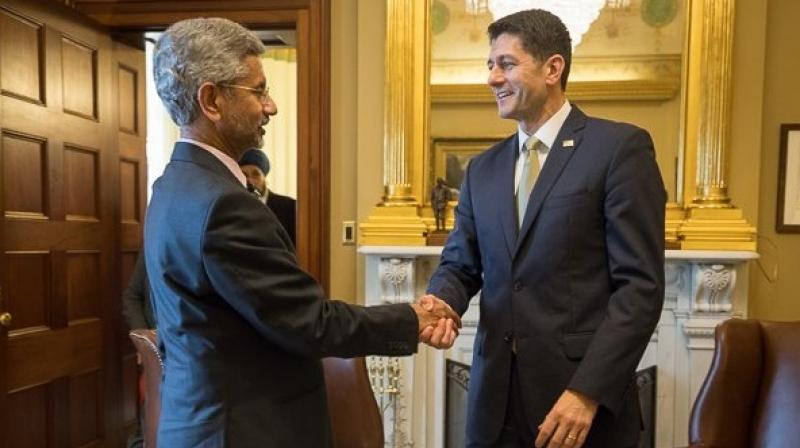 The meeting between Jaishankar and McMaster gains significance as the top military leader was appointed as the National Security Advisor by US President Donald Trump 10 days ago.

During the meeting held at the White House, the two officials are believed to have discussed issues related to security relationship, counter-terrorism, and defence partnership.

Jaishankar also met Speaker of the House of Representatives Paul Ryan and discussed various issues, including ways to enhance economic and defence cooperation between both countries.

"The relationship between the US and India is rooted in shared values of democracy and freedom," Ryan said in a statement after meeting Jaishankar.

"We had a great opportunity today to build on this critical partnership by discussing ways to enhance our economic and defence cooperation," Ryan said.

During his meeting with Jaishankar, Ryan expressed condolences of US House of Representatives on the death of Srinivas Kuchibhotla, 32, and Alok Madasani, another Indian of the same age, injured in the shooting by navy veteran Adam Purinton, who yelled "terrorist" and "get out of my country" before opening fire on them.

"Our peoples must continue to stand together, and I look forward to working with Foreign Secretary Jaishankar in the years ahead," Ryan said.

Jaishankar arrived here in the US on Tuesday on a four-day visit to hold talks with top officials of the Trump Administration, lawmakers and members of the think-tank community.

This is his third-trip to the US after Trump was elected as the President.

About three weeks before his electoral victory, Trump had told Indian-Americans that in him India would have the best friend at the White House.