IT staff caught in US H-1B freeze 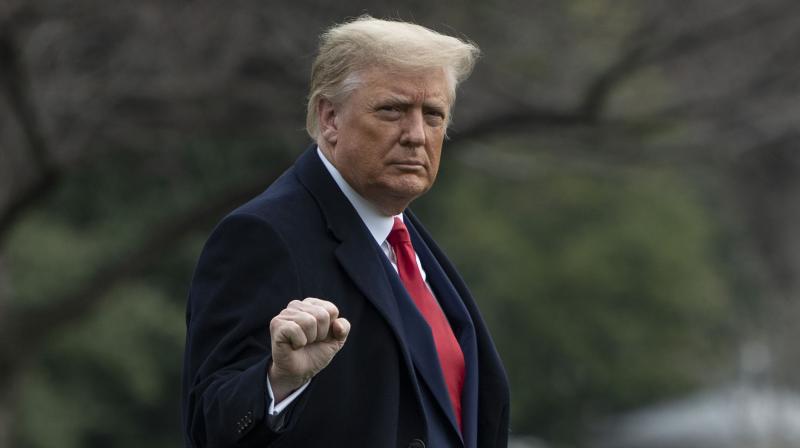 Biden, a Democrat, has promised to lift the suspension on H-1B visas, saying Trump's immigration policies are cruel (Image: AFP)

Washington: US President Donald Trump has extended the freeze on the most sought-after H-1B visas by Indian IT professionals, along with other types of foreign work visas and green cards through March 31 to protect American workers, saying that the reasons for which he had imposed such restrictions amidst the pandemic have not changed.

The freeze on various categories of work visas was ordered by Trump through two proclamations on April 22 and June 22 last year.

Hours before the freeze was set to expire on December 31, Trump issued another proclamation on Thursday to extend it until March 31, ensuring that his sweeping limits on legal immigration will remain in place when President-elect Joe Biden is sworn in on January 20.

He said that the reasons for which he had issued such a restriction have not changed.

The continuation of the restrictions, which comes with just 20 days left in the Republican President's term, is the latest effort to bar the entry of immigrants to the US.

Restricting immigration has been a focus of the Trump administration since its first days when it issued the travel ban on seven Muslim-majority countries, and it has continued into Trump's final year in office as the White House uses the coronavirus pandemic as cover.

Biden, a Democrat, has promised to lift the suspension on H-1B visas, saying Trump's immigration policies are cruel.

US media commented that Trump's decision was yet another example of how the his administration is trying to box Biden in on challenging policy matters.

The H-1B visa is a non-immigrant visa that allows US companies to employ foreign workers in specialty occupations that require theoretical or technical expertise. The technology companies depend on it to hire tens of thousands of employees each year from countries like India and China.

They would now have to wait at least till the end of March before approaching the US diplomatic missions to get stamping. It would also impact a large number of Indian IT professionals who are seeking renewal of their H-1B visas.

President Trump said that the effects of COVID-19 on the US labour market and the health of American communities are a matter of ongoing national concern, and the considerations present in the two previous proclamations have not been eliminated.

The 2019 Novel Coronavirus (COVID-19) continues to significantly disrupt Americans' livelihoods. While the November overall unemployment rate in the United States of 6.7 per cent reflects a marked decline from its April high, there were still 9,834,000 fewer seasonally adjusted nonfarm jobs in November than in February of 2020, Trump said in his proclamation.

The current number of new daily cases worldwide reported by the World Health Organization (WHO), for example, is higher than the comparable number present during June, and while therapeutics and vaccines are recently available for an increasing number of Americans, their effect on the labour market and community health has not yet been fully realised, he said.

Moreover, actions such as States' continued imposition of restrictions on businesses still affect the number of workers that can be hired as compared with February of 2020, Trump said, adding that his latest proclamation may be extended if necessary.