This would be the first instance of a North Korean official entering grounds of the White House. 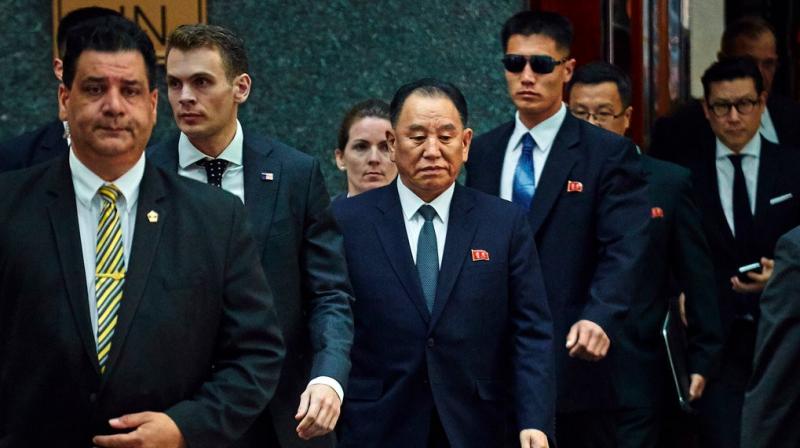 Logistics of his visit are still being worked out. (Photo: AP)

Washington: North Korean envoy Kim Yong Chol would be visiting the White House on June 1 to deliver a letter from his leader Kim Jong-un to President Donald Trump, a presidential spokesperson said on May 31.

The visit to deliver the letter, which is being highly anticipated by the White House, would be historic given that Kim Yong Chol is still under American sanctions and this would be the first instance of a North Korean official entering the grounds of the White House.

"We now know that we're going to welcome the North Koreans to DC tomorrow. We understand there's a letter coming, and we look forward to receiving that letter and are trying to work towards our ultimate goal of denuclearisation," he said.

Gidley did not respond to a question if the letter would be received by President Donald Trump himself. "No one is saying they're sitting down in the Oval Office yet. The details are still being worked out,” he said.