McConnell said that the outbreak “came up while tied down on the impeachment trial, and it diverted the attention of the government 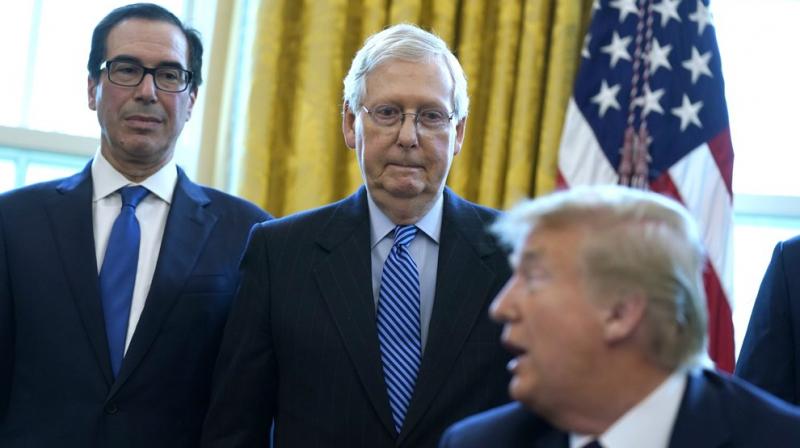 WASHINGTON: President Donald Trump’s impeachment trial distracted the federal government from the coronavirus as it reached the United States in January, Senate Majority Leader Mitch McConnell said Tuesday, despite warnings at the time from public health experts and members of Congress about the spread of the deadly virus.

The outbreak “came up while we were tied down on the impeachment trial. And I think it diverted the attention of the government, because everything every day was all about impeachment,″ McConnell told conservative radio host Hugh Hewitt.

The Trump administration has been severely criticized for its slow response to the pandemic, especially for the shortage of coronavirus testing kits when the infection first spread to the U.S. from China.

Trump initially downplayed the virus, comparing it to the seasonal flu and declaring it may go away on its own. The administration also has been criticized for not supplying needed protective medical gear for health care workers.

McConnell’s argument breaks sharply with assurances that the Trump administration made early on about the virus.

Health and Human Services Secretary Alex Azar, who declared a public health emergency Jan. 31, said at the time that the public “can be assured the full weight of the U.S. government is working to safeguard the health and safety of the American people.”

And weeks after his Feb. 5 acquittal in the impeachment trial, Trump continued to minimize fears as he insisted the U.S. was “very, very ready” for whatever the outbreak brings. On Feb. 25, he told business leaders in India: “I think that’s a problem that’s going to go away.”

As the pandemic has worsened in recent weeks, Trump has ramped up the federal response. He announced Sunday that he is extending social distancing guidelines through April 30 at least, backing away from an earlier call to have the country “opened up and raring to go” by Easter, April 12.