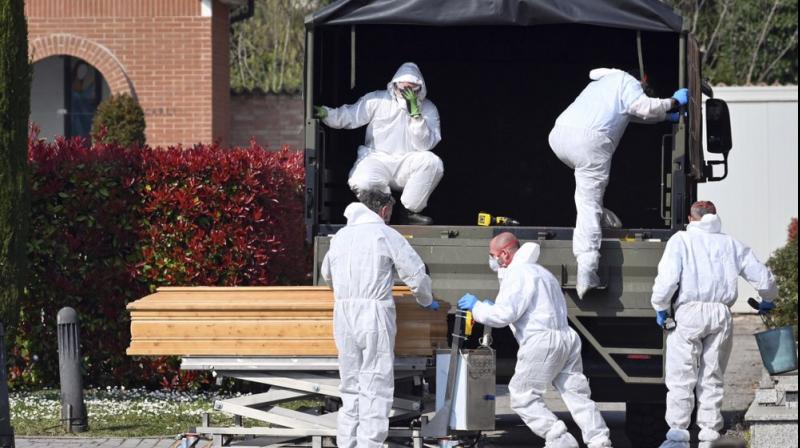 New York: The coronavirus deaths crossed 4,000 in the US on Wednesday, a number higher than the ghastly 9/11 terror attacks in the country, even as the top health experts projected that the pandemic could kill between 100,000 and 200,000 Americans.

According to the Johns Hopkins University Coronavirus Resource Centre, more than 4,000 people in the US have died due to COVID-19 and nearly 190,000 have been infected by it.

The death toll due to the deadly virus on Tuesday surpassed the number of fatalities in the 9/11 terror attacks. Nearly 3,000 people perished in the attacks carried out by al Qaeda terrorists in the US in 2001.

The COVID-19 death toll in the US is also higher than the total number of people killed in China due to the deadly virus.

China, which is the epicentre of the virus, witnessed 3,310 deaths. Globally, there are nearly 860,000 confirmed coronavirus cases and over 42,000 people worldwide have died of the disease.

At 82,294 cases, China now has the fourth highest number of COVID-19 cases following the US, Italy and Spain.

President Donald Trump on Tuesday warned that the US was headed for a "tough two weeks" and advised people to be prepared for the "hard days" ahead.

Deborah Birx, a member of the White House Task Force on coronavirus, based on a model from actual data from the ground, said the death toll in the US could be between 100,000 to 200,000, with the strict implementation of the existing mitigation measures including social distancing till April 30.

If no steps were to be taken, the death toll could range between 1.5 million and 2.2 million, she said.

White House officials and task force members asserted that mitigation and social distancing measures are the only way out to prevent the spread of the deadly virus despite that being painful and having its own toll on the American economy.