Nigeria's military in the past year has rescued thousands of Boko Haram captives while liberating towns and villages from their control. 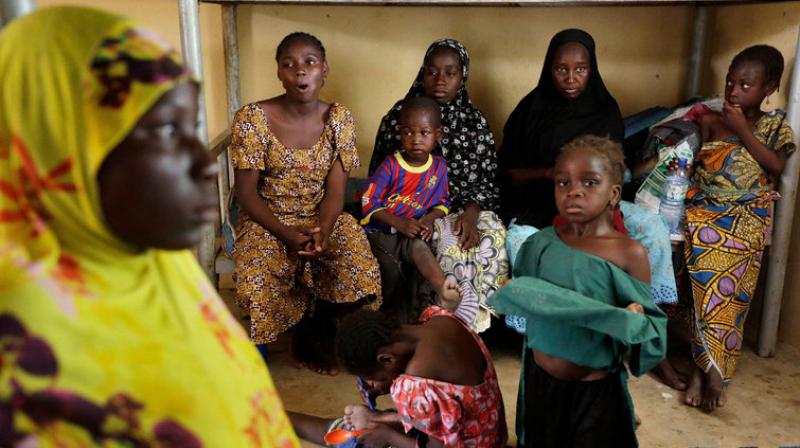 Boko Haram kidnapped hundreds of children in the northeastern town of Damasak on November 24, 2014, the New York-based organisation said in a dispatch from researcher Mausi Segun.

She quoted traditional leaders as saying they submitted a list of 501 missing children to police and local government officials in April 2015, when the town was briefly freed from Boko Haram, but have never received a response.

International outrage met the separate April 2014 abduction of 276 girls from a school in Chibok. Dozens escaped early on and Nigeria's government last year negotiated the release of 21. More than 200 Chibok schoolgirls remain missing.

But there has been no word about the children of Damasak. Nigerian officials in the past have not responded to requests by The Associated Press for information.

"While international attention and concern has focused on the April 2014 Chibok schoolgirls' abduction, hundreds of other children are also missing in Nigeria's beleaguered northeast," Segun writes. "Authorities should provide regular updates to relatives about efforts to locate and rescue all victims of Boko Haram abductions."

Nigeria's military in the past year has rescued thousands of Boko Haram captives while liberating towns and villages from the group's control, but many are detained as possible Boko Haram suspects.

Damasak, more than 300 kilometres (200 miles) north of Chibok, was held by the insurgents for four months starting in November 2014. Children were held at a primary school and tutored by Boko Haram in their extremist ideology, Human Rights Watch said.

The insurgents re-took the town after troops left in April 2015. Damasak was liberated by a multinational force in July, when Nigerian troops set up a base there.

"After two years, parents of the missing children are desperate for information, but have received little more than rumours," Segun writes.