US ends 70 years of military presence in South Korean capital 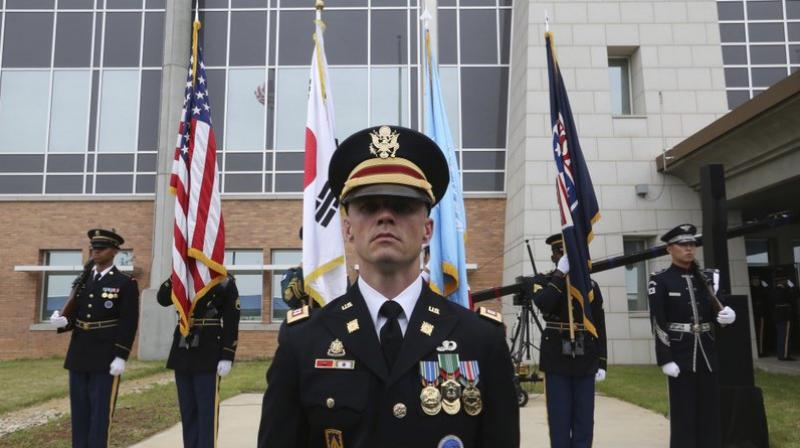 Seoul: The United States formally ended seven decades of military presence in South Korea’s capital on Friday with the opening of a new headquarters farther from the tense border with North Korea.

The US military had been headquartered in Seoul’s central Yongsan neighbourhood since American troops first arrived at the end of World War II. The Yongsan Garrison had been a symbol of the US-South Korea alliance aimed at deterring a North Korean attack, but its occupation of prime real estate was also a long-running source of anti-American sentiment.

The command’s move to an expanded facility at Camp Humphreys, about 70 kilometres (45 miles) south of Seoul, comes amid a fledgeling detente on the Korean Peninsula, but the relocation wasn’t linked to that. It had been planned for more than a decade ago but postponed several times because of construction and funding problems.

The new 3,510-acre (1,420-hectare) command, whose construction cost USD 11 billion, is the largest overseas US base. Located on the western South Korean port city of Pyeongtaek and close to a US air base, the new US command is an optimal location that allows for the rapid movement and concentration of troops in a crisis.

It also makes sense to move the US military command away from the hundreds of North Korean artillery guns targeting the Seoul metropolitan area, although Camp Humphreys is still within reach of the North’s newer guns, such as the 300-millimetre guns it revealed in 2015.

In a message read out by a presidential aide, South Korean President Moon Jae-in said that the US forces headquarters is the “cornerstone of the US-South Korea alliance as well as the future” and that the recent diplomacy between Washington, Seoul and Pyongyang was only made possible by the allies’ “strong deterrence and response posture.”

“In opening a new era of the US forces headquarters in Pyeongtaek, I hope that the US-South Korea alliance will develop beyond a ‘military alliance’ and a ‘comprehensive alliance’ and become a ‘great alliance,’” Moon said in the statement.