Over 235 worshippers killed at Egypt mosque in terror attack 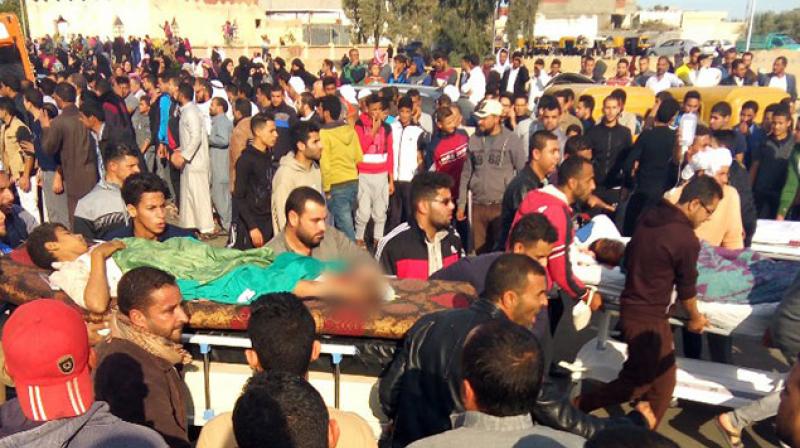 Cairo: Attackers killed at least 235 worshippers Friday in a bomb and gun assault on a packed mosque in Egypt's restive North Sinai province, in the country's deadliest attack in recent memory.

A bomb explosion ripped through the Rawda mosque, roughly 40 kilometres (25 miles) west of the North Sinai capital of El-Arish, before gunmen opened fire on the Sufi worshippers gathered there for weekly Friday prayers, officials said.

Witnesses said the assailants surrounded the mosque with all-terrain vehicles and then planted a bomb outside.

The gunmen then mowed down the panicked worshippers as they tried to flee and used congregants' vehicles they had set alight to block routes to the mosque.

Between 10 and 20 armed attackers "entered the mosque, killing more people than they injured," Magdy Rizk, who was wounded in the attack, told AFP.

"They were wearing masks and military uniforms," he said, adding that the area was predominantly Sufi and that locals have received threats from extremist groups.

The state prosecutor's office said in a statement that 235 people were killed and 109 wounded in the attack, the scale of which is unprecedented in a four-year insurgency by Islamist extremist groups.

US President Donald Trump condemned on Twitter the "horrible and cowardly terrorist attack on innocent and defenceless worshippers".

Horrible and cowardly terrorist attack on innocent and defenseless worshipers in Egypt. The world cannot tolerate terrorism, we must defeat them militarily and discredit the extremist ideology that forms the basis of their existence!

"The army and police will avenge our martyrs and return security and stability with force in the coming short period," he added in a televised speech.

Russian President Vladimir Putin sent condolences to Sisi, calling the attack "striking for its cruelty and cynicism", while condemnations poured in from Israel, Iran, Iraq, Saudi Arabia and other countries. 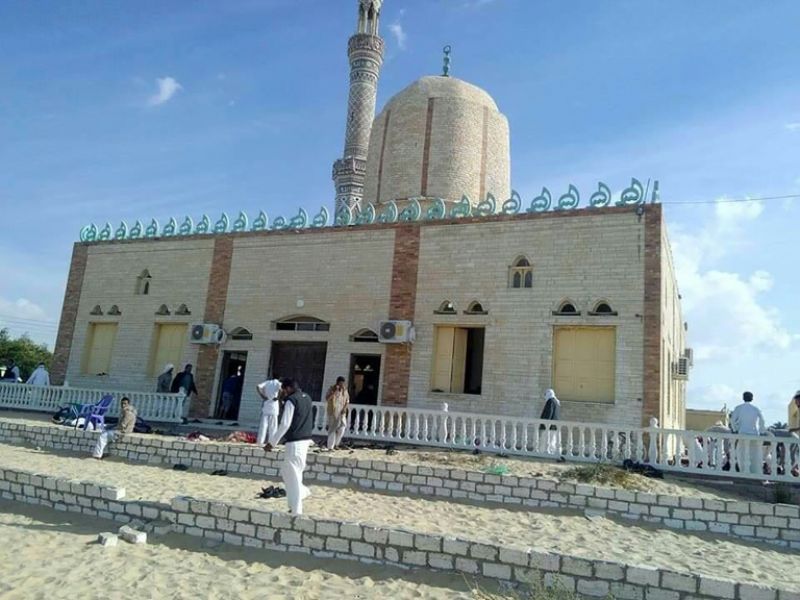 109 people were injured in the attack on Friday. (Photo: AFP)

"His Holiness joins all people of good will in imploring that hearts hardened by hatred will learn to renounce the way of violence," the pope's office said.

There was no immediate claim of responsibility for the bloodshed.

The Islamic State group's Egypt branch has killed hundreds of policemen and soldiers, and also civilians accused of working with the authorities, in attacks in the north of the Sinai peninsula.

They have also targeted followers of the mystical Sufi branch of Sunni Islam as well as Christians.

The victims of Friday's attack included civilians and conscripts praying at the mosque.

A tribal leader and head of a Bedouin militia that fights IS told AFP that the mosque is known as a place where Sufis gather.

The Islamic State group shares the puritan Salafi view that Sufis are heretics for seeking the intercession of saints.

The jihadists had previously kidnapped and beheaded an elderly Sufi leader, accusing him of practising magic which Islam forbids, and abducted Sufi practitioners later released after "repenting".

An IS propaganda outlet had published an interview earlier with the commander of its "morality police" in Sinai who said their "first priority was to combat the manifestations of polytheism including Sufism".

The group has killed more than 100 Christians in church bombings and shootings in Sinai and other parts of Egypt, forcing many to flee the peninsula.

The military has struggled to quell jihadists who pledged allegiance to IS in November 2014.

IS regularly conducts attacks against soldiers and policemen in the peninsula bordering Israel and the Gaza Strip, although the frequency and scale of such attacks has diminished over the past year.

The jihadists have since increasingly turned to civilian targets, attacking not only Christians and Sufis but also Bedouin Sinai inhabitants accused of working with the army.

The Gaza Strip's border crossing with Egypt that had been due to reopen Saturday will remain closed until further notice because of the attack, a Palestinian official said.

Aside from IS, Egypt also faces a threat from Al-Qaeda-aligned jihadists who operate out of neighbouring Libya.

A group calling itself Ansar al-Islam -- Supporters of Islam in Arabic -- claimed an October ambush in Egypt's Western Desert that killed at least 16 policemen.

Many of those killed belonged to the interior ministry's secretive National Security Service.

The military later conducted air strikes on the attackers, killing their leader Emad al-Din Abdel Hamid, a most wanted jihadist who was a military officer before joining an Al-Qaeda-affiliated group in Libya's militant stronghold of Derna.