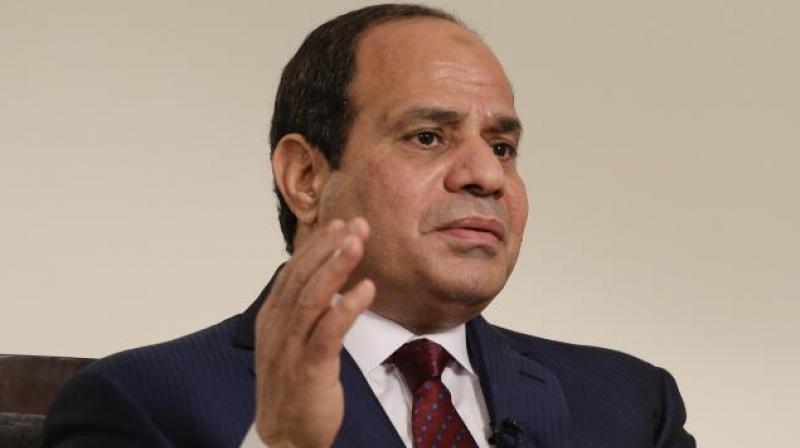 Saudi Arabia, the United Arab Emirates, Bahrain and Egypt severed diplomatic and travel ties with Qatar in June, accusing it of supporting Islamist terrorists in the worst crisis among Arab states in years, a charge that Doha denies. (Photo: AP)

Cairo: Egypt's President Abdel Fattah al-Sisi said on Monday his government would keep up a blockade of Qatar by four Arab states over charges it supports terrorism, in defiance of international efforts to end the crisis.

Saudi Arabia, the United Arab Emirates, Bahrain and Egypt severed diplomatic and travel ties with Qatar in June, accusing it of supporting Islamist terrorists in the worst crisis among Arab states in years, a charge that Doha denies.

"Egypt will stand by its decision and will not backtrack on this matter," Sisi said at a youth conference in Alexandria. "Our persistence on its own, our stance, and this block, is pressure in itself."

Qatar's ruling emir Sheikh Tamim bin Hamad al-Thani said on Friday he was ready for dialogue, but any solution must respect Qatar's sovereignty. Kuwait has sought to mediate and the United States and Germany have urged dialogue.

Turkey's President Tayyip Erdogan left Qatar on Monday after two days in the Gulf trying to mediate in the dispute, but there was no sign the Turkish leader had made any progress.

The four Arab states want Qatar to reduce ties with their arch-foe Iran, close down a Turkish military base and shut the Al Jazeera TV channel, which they view as critical. Turkey and Qatar are backers of the Muslim Brotherhood movement that has challenged entrenched Arab rulers.