South African authorities on Wednesday said that at least 51 people were killed, including two Zambian minors aged six and nine. 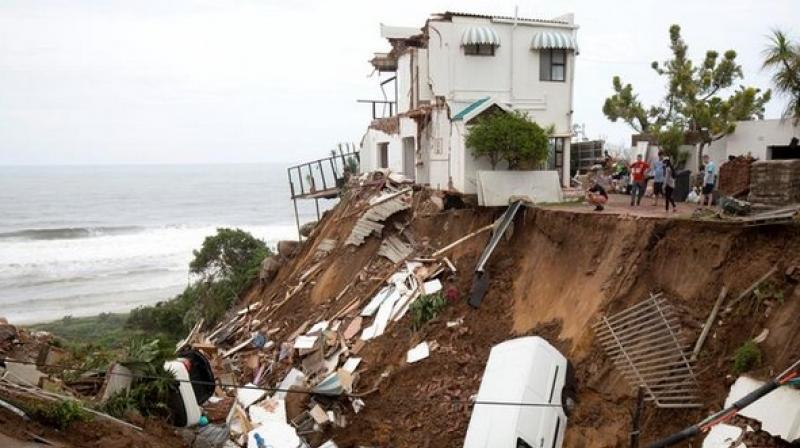 The city of Durban was amongst the most affected areas, which faced flash floods and rainstorm. (Photo:ANI)

Durban: South African authorities on Wednesday said that at least 51 people were killed, including two Zambian minors aged six and nine, after a rainstorm lashed the provinces of Eastern Cape and KwaZulu-Natal here.

Scores have been wounded and more than 1,000 have been displaced, according to South African President Cyril Ramaphosa.

"We want to commend rescue services at all levels of government for their rapid response. Resources have been mobilized and our teams on the ground have saved lives. More than 1000 people have been displaced and the government is providing shelter and support to those in need," he tweeted on Wednesday.

"We thank the communities and individuals who risked their own lives to save loved ones, neighbours or strangers. We also thank the NGOs who are helping those in need by providing shelter, food and ablution facilities. I’ll be going to EC to assess the situation there as well," he added.

The city of Durban was amongst the most affected areas, which faced flash floods and rainstorm.

The two Zambian children lost their lives after the roof of the house they were sleeping in collapsed, reports Xinhua. Their father sustained injuries and is currently receiving treatment, according to the Zambian embassy in South Africa.