The death toll in Mozambique has climbed to 417 after a cyclone devastated swathes of the southern African country. 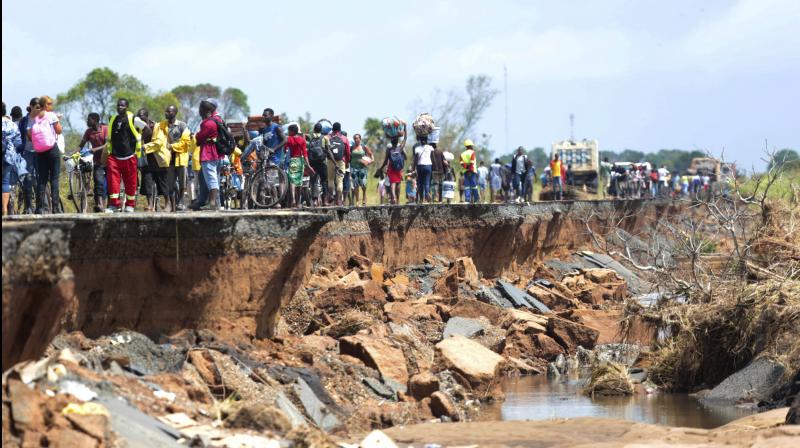 Beira: The death toll in Mozambique has climbed to 417 after a cyclone devastated swathes of the southern African country, flooding thousands of square kilometres (miles), the government said Saturday.

Cyclone Idai smashed into the coast of central Mozambique on Friday last week, unleashing hurricane-force winds and rains that flooded the hinterland and drenched eastern Zimbabwe. "At this time 417 deaths have been recorded," Lands and Environment Minister Celso Correia told reporters in the port city of Beira.

The new numbers take the combined death toll of the two neighbouring countries to 676. Nearly 90,000 Mozambicans have been moved into shelters, while thousands of others are still stranded in floodwaters. The government estimates that around one million people have been affected by the storm.

"We are living an unprecedented natural disaster. A disaster that only matches major disasters," the minister said. "Unfortunately no one in the region and in the world could predict a disaster of this size," he said as the UN stepped up calls for aid for the ravaged and impoverished country.