Since the army removed President Morsi extremist groups have increased attacks on military and police. 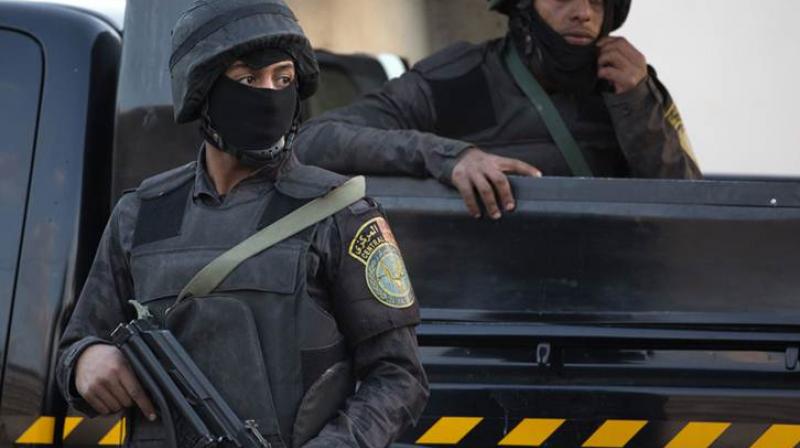 Hundreds of soldiers and police have been killed in the attacks. (Photo: AP)

Cairo: At least 35 Egyptian troops and police officers have been killed in clashes with Islamist fighters in the Bahariya oasis in the country's Western Desert, security and medical sources said.

An interior ministry statement confirmed Friday's incident and said some of the "terrorist" attackers had died, without giving any figures for casualties or further details.

The small extremist group Hasm claimed the attack, saying in a statement that 28 members of the security forces were killed, with 32 injured.

Since the army removed President Mohamed Morsi, of the Muslim Brotherhood, extremist groups have increased their attacks on the country's military and police.

Authorities have been fighting the Egyptian branch of the jihadist group Islamic State, which has increased its attacks in the north of the Sinai peninsula.

Hundreds of soldiers and police have been killed in the attacks.

Hasm has claimed multiple attacks since 2016 on police, officials and judges in Cairo.

In their statements, the groups do not claim any affiliation to the Muslim Brotherhood.