The violence in the central town of Bria was between members of Christian 'anti-balaka' militias and ex-Seleka fighters, the sources said. 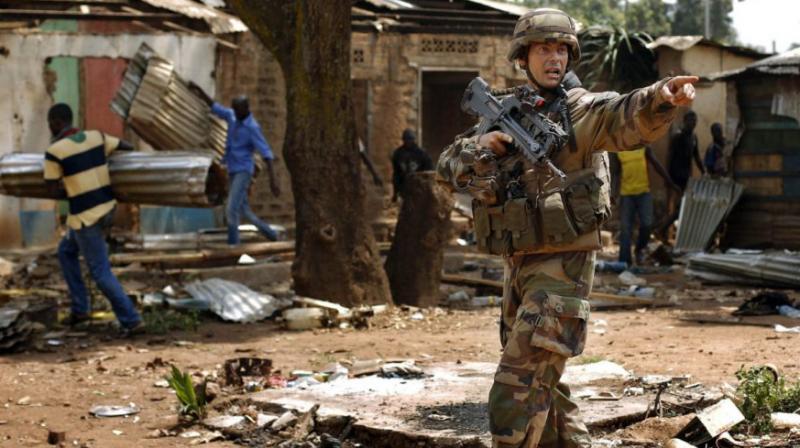 The violence erupted just a day after the CAR government and rebel groups agreed to an immediate ceasefire. (Photo: Representational/AP)

The violence in the central town of Bria was between members of Christian 'anti-balaka' militias and ex-Seleka fighters, the sources said. In addition, 43 people were injured as of 2100 GMT, according to medical charity Doctors Without Borders (MSF).

The violence erupted just a day after the CAR government and rebel groups agreed to an immediate ceasefire, a deal brokered by the Catholic community Sant'Egidio in five days of negotiations in Rome.

Under the agreement, armed groups were granted political representation in exchange for an end to attacks and blockades.

"We signed the agreement, but we have to defend ourselves, we can't allow an attack to happen without reacting," said Djamil Babanani, spokesman for the Popular Front for the Rebirth of the Central African Republic (FPRC), an armed rebel group formerly belonging to the Muslim Seleka coalition, which had signed Monday's peace accord.

Sporadic fighting has continued since Saturday between Christian 'anti-balaka' militias and the FPRC after its leader Hamad Issa was killed in the town, according to several sources.

"We know that much remains to be done. It is vital that the ceasefire agreed to by the parties is carried out immediately," said UN special representative on CAR, Parfait Onanga-Anyanga.

Battling between armed groups in the Bria area from May 15 to 18 left five people dead, 29 wounded and more than 40,000 others displaced, according to the UN.

Clashes in Bria, Alindao, Bangassou and Mobaye, east of the capital Bangui, resulted in a total of around 300 dead and 200 wounded, according to the UN's humanitarian coordination agency OCHA.