The police said that this was the latest violence linked to grazing rights disputes. 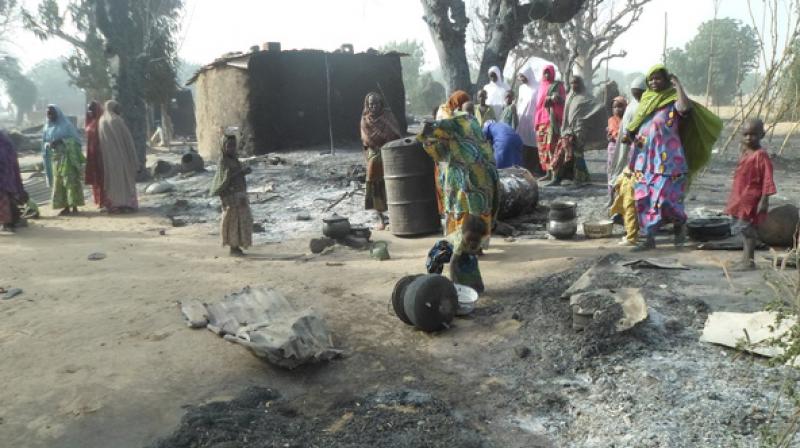 The state police said that the attackers on motorcycles and in a car, opened fire on a market and set buildings on fire. (Photo: Representational/AP)

The attack in Benue State occurred Monday, state police spokesman Moses Yamu said, saying attackers on motorcycles and in a car opened fire on a market and set buildings on fire.

"There was indeed an attack on Monday afternoon on a market in Zaki Biyam by unknown persons. Seventeen people were killed and 11 injured by the gunmen," Yamu said.

"We have not made any arrests and we are yet to find out the motive for the attack. We have been given some names of people suspected of involvement in the attack and we are on their trail."

An investigation is under way. Local media said between 30 and 50 people were killed in the attack in a region wracked by a long-running conflict between nomadic Fulani herders and local farmers over grazing rights.

"The President condemns the wicked attack and directs security agencies to begin immediate investigation with a view to bringing the perpetrators of the dastardly act to book," his office said.

In February 2016, hundreds of people were said to have been killed and about 1,000 homes destroyed in the Agatu area of the state in a wave of attacks blamed on the Fulani.

Buhari, a northern Muslim, has proposed the creation of grazing land to prevent further clashes in a country that is battling an eight-year Boko Haram insurgency in the northeast.