‘If he becomes stubborn, we will arrange for him to be fired on Sunday,’ a source said. 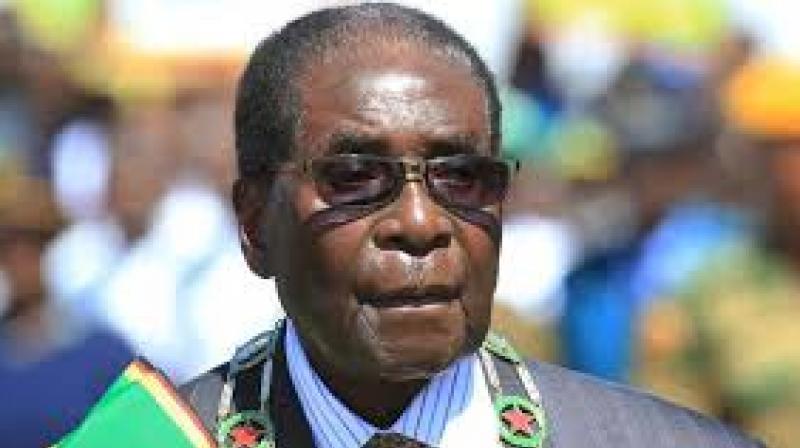 Mr Mugabe, 93, who calls himself the grand old man of African politics, looks to be running out of options. (Photo: AP)

Harare:  President Robert Mugabe's own ruling ZANU-PF party wants him to step down and plans to hold a rally in Zimbabwe's capital Harare Saturday to make the point.

Mr Mugabe, at Zimbabwe's helm since independence from Britain in 1980, faces the starkest challenge ever to his rule after the army seized power on Wednesday, saying it was targeting "criminals" around the nonagenarian leader.

ZANU-PF called on Friday for Mr Mugabe to resign, the main state newspaper, The Herald, reported, a clear sign that the aging leader's authority has collapsed after the army takeover.

The newspaper said that ZANU-PF branches in all 10 provinces had met and had also called for Mugabe's wife Grace, whose ambitions to succeed her husband triggered the political crisis, to resign from the party.

"If he becomes stubborn, we will arrange for him to be fired on Sunday," the source said. "When that is done, it's impeachment on Tuesday."

The Herald reported that ZANU-PF would convene a special Central Committee meeting on Sunday to "realign the revolutionary party with current political developments".

Pointedly, the military said it "fully supports" a "solidarity march" - apparently separate from the ZANU-PF event - in Harare Saturday, part of an apparent groundswell of anti-Mugabe sentiment unleashed by the dramatic events of the past few days.

The army said it had been "approached by several private volunteer organisations seeking to freely move and express their desires" and they could do so if they were orderly and peaceful.

Harare has been calm as the coup has unfolded but the armed forces also said in a statement that "people have been warned against looting".

The army appears to want Mr Mugabe to go quietly and allow a transition to Emmerson Mnangagwa, whose sacking last week as vice president sparked the army action.

A goal of the generals is to prevent Mr Mugabe handing power to his wife, Grace, 41 years his junior, who appeared on the cusp of power after Mnangagwa was pushed out.

Mr Mugabe, 93, who calls himself the grand old man of African politics, looks to be running out of options.

The army is camped on his doorstep. Grace Mugabe is under house arrest and her key political allies are in military custody.

All the main pillars of Mugabe's rule have turned on him or have offered no support.

The police have shown no resistance, while Chris Mutsvangwa, the leader of Zimbabwe's influential war veterans, said on Friday that Mr Mugabe would not be allowed to resist the military and remain in power.

And ZANU-PF, which built a cult of personality around its leader, has now deserted him.

Mr Mugabe is revered by some as an elder statesman and independence leader but also reviled by many in Africa and abroad who accuse him of resorting to violence to retain power while running a once promising economy into the ground.

The economy collapsed after the seizure of white-owned farms in 2000. Unemployment is now running at nearly 90 percent and chronic shortages of hard currency have triggered inflation, with the prices of imports rising as much as 50 percent a month.