China is one of Egypt's biggest investors, pouring money into massive infrastructure projects. 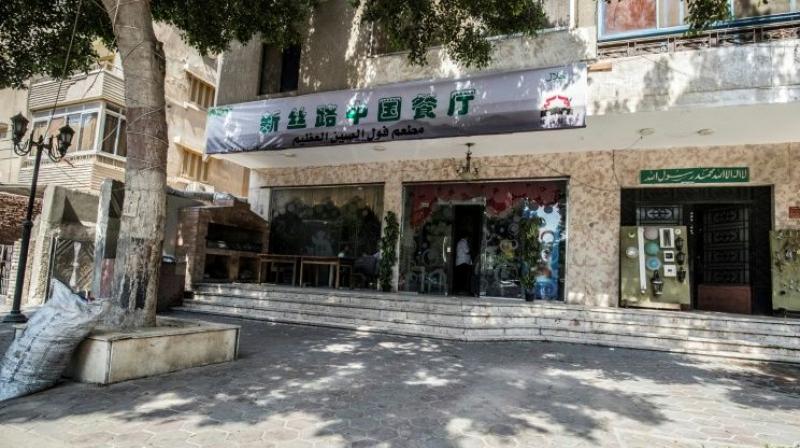 He was picked up in broad daylight with friends, and taken to a Cairo police station where Chinese officials grilled him about what he was doing in Egypt. (Photo: AFP)

Cairo: Abdulmalik Abdulaziz, an Uighur student, was arrested and handcuffed by Egyptian police and when they removed his blindfold he was surprised to see Chinese officials questioning him in custody.

He was picked up in broad daylight with friends, and taken to a Cairo police station where Chinese officials grilled him about what he was doing in Egypt.

The three officials spoke to him in Chinese, addressing him using his Chinese name not his Uighur one.

"They never said their names or mentioned who they were exactly," said Abdulaziz, 27, who spoke to AFP helping to uncover new details of the 2017 arrests of over 90 Uighurs from the mostly Muslim Turkic minority.

Abdulaziz, like most swept up in the three-day crackdown in the first week of July 2017, was an Islamic theology student at Al-Azhar, the Sunni Muslim world's most prestigious educational institution.

"Egyptian policemen said 'the Chinese government says that you are terrorists'. But we responded that we are only Al-Azhar students," said Abdulaziz.

AFP is using pseudonyms to protect the identities of those Uighurs interviewed.

China is one of Egypt's biggest investors, pouring money into massive infrastructure projects such as the construction of a new administrative capital east of Cairo.

After a few days of questioning in Police Station 2 in Nasr City, an upmarket suburb of Cairo, Abdulaziz was sent to Tora, one of Egypt's most notorious jails. Released after 60 days in detention, he escaped, seeking asylum in Turkey, a hub of Uighur immigration, in October 2017.

Shams Eddin Ahmed, 26, was arrested outside the Moussa Ibn Naseer mosque on 4 July, 2017 in Nasr City. His father in Xinjiang, a region in northwest China, also disappeared that month.

Many Uighurs refer to Xinjiang as East Turkestan, including those AFP interviewed, but for Beijing it has troubling connotations of independence and activism. "I still don't know if he's dead or alive," he recounted.

"I felt so afraid when I got there. It was extremely dark... I thought to myself how will we ever get out of here?" he said. "I was afraid that they would hand us over to the Chinese authorities," added Ahmed.

The Uighurs were split into two groups of 45 to 50 men each and languished in large cells for weeks. Two weeks before their release, the Uighurs and other Chinese Muslims of different ethnic ancestry, were divided into three groups, and given colour codes.

Red, green or yellow determined if they would be deported, released or further questioned. Ahmed said Egyptian prison guards handcuffed, blindfolded and then hauled many of the group into vans heading to Cairo police stations.

During 11 days in police custody, he claims three Chinese officials questioned him specifically about his father.

"Where is he and how does he send you money?" he told AFP.

Ahmed was in the green group, meaning he was eventually released. He fled to Istanbul in early October 2017.

Abdulweli Ayup, a Norway-based Uighur linguist who has researched the community in Egypt, confirmed hearing similar accounts from other detainees.

"It's the same practice and tactic implemented in internment camps in China. I don't believe it's a coincidence," he said, adding Chinese authorities use the same three colour codes for detained Uighurs.

Human rights groups say more than one million Uighurs and other mostly Muslim minorities are held in a network of internment camps in China where they endure political indoctrination.

Beijing says the "vocational education centres" are necessary to counter religious extremism. Germany-based independent researcher Adrian Zenz, who has mapped out camps in Xinjiang, said: "China's new push to redefine human rights in terms of economic development... suits many of these nations."

"A country giving the Chinese significant leeway can in return expect significant favours," he added, referring to the Egyptian-Chinese security cooperation.

Egypt's interior ministry and the Chinese embassy in Cairo did not respond to AFP's repeated requests for comment. "Those found to be overstaying contrary to the law, including Chinese citizens among other nationalities, are expelled", said Ahmed Hafez, Egypt's foreign ministry spokesman, when asked about the deportation of Uighurs in 2017.

He did not answer AFP's questions on the 60-day detention of the group that had been picked up by police.

"The autonomy with which Chinese authorities were permitted to act in Egypt is unprecedented," he told AFP.

Ayup, the linguist, explains the devastating effect of the 2017 raids that reduced a thriving community of around 6,000 people to about 50 families.

"For Uighurs it's a nightmare that your Muslim brother would invite Chinese officials to interrogate you. They have lost their belief and have become paranoid in the diaspora," he said.

Abdulaziz considers himself fortunate, but the fate of other Uighurs expelled by Egypt preys on his mind. "It has been years since we heard anything about those deported and our families. We just don't know."