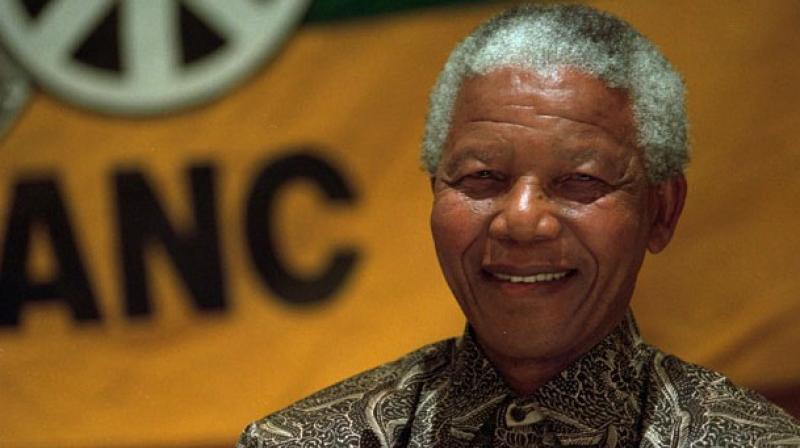 He gained international acclaim for his activism, receiving more than 250 honours including the Nobel Peace Prize. (Photo: AP | File)

Mumbai:  Nelson Mandela, who served as President of South Africa from 1994 to 1999, is globally remembered as an anti-apartheid revolutionary, political leader and philanthropist.

July 18 marks a tribute to Mandela for his values, legacy and contribution to society.

Born in British South Africa on July 18, 1918, Mandela studied law before working as a lawyer in Johannesburg, where he became involved in anti-colonial and African nationalist politics.

He was imprisoned for life for campaigning against the system of racial segregation established by the National Party’s white-only government. He also took the stand on the human right to live in freedom. He served 27 years in prison before he was released in 1990.

From establishing the first black law firm in South Africa, to forming the African National Congress Youth League, and even refusing a pardon due to continued injustice, he is regarded as an icon of democracy and social justice.

He gained international acclaim for his activism, receiving more than 250 honours including the Nobel Peace Prize.

As Nelson Mandela International Day is celebrated for the 10th year, thousands of South Africans will be heading out to spend their 67 minutes in commemoration of the late former president Nelson Mandela's birthday.

Reasons why July 18 is celebrated as Nelson Mandela International Day

The Nelson Mandela International Day is celebrated every year on July 18 since 2009 following a resolution passed by the United Nations. The resolution was passed in recognition of the formers South African President’s contribution to the “the culture of peace and freedom”.

The UN invites people across globe to mark this day who have made a difference in their communities.

This day not only celebrates Mandela’s life but is also regarded as a global call for action for every individual to recognise their ability to have positive effect on others. The celebration of this day is an attempt to inspire people to practice values including democracy, freedom, equality, diversity, reconciliation, and respect.

Individuals and organisations all around the world take part in activities including volunteering, sports, arts, education, music and culture to observe this day.

Major changes that Mandela brought about in the world:

Never give up on cause: Mandela was only 44 years old when he was given a life sentence for his leadership of African National Congress, an organisation outlawed by the then-government for its anti-apartheid actions.

He was first arrested on treason charges for four years after starting the South Africa’s first black law firm. Later, he was acquitted and was arrested again in 1962 for his work as a leader within the African National Congress. He was finally released after 27 years of imprisonment.

Make struggle a worldwide agenda: In mid 1980s, world awakened to the sufferings of South Africans under apartheid rule. His struggle, his awareness was so powerful that a protest song named “Free Nelson Mandela,” was written and performed by the band 'Special AKA' It was among the top ten hits in the UK, and became a legendary anthem worldwide.

Set example of values like dedication and courage: During his trial, Mandela refused to defend himself. In 1985, the government offered to release him under the condition that he would not engage in political activities anymore. Nelson refused.

"I cannot and will not give any undertaking at a time when I and you, the people, are not free," he said. "Your freedom and mine cannot be separated."

Nelson Mandela foundation: Founded in 1999, the Nelson Mandela Foundation is the legacy that Mandela has left behind. The organization focuses on what was central to Mandela’s work: justice, dialogue, and social cohesion.

Contributions to fight against HIV/AIDS: In 2000, it was found that a quarter of South African citizens between the ages of 15 and 45 tested positive for HIV/ AIDS. Nelson Mandela single-handedly set a new agenda for the future fight against HIV/AIDS with a groundbreaking speech in 2000 at an International AIDS conference in Durban.