The minister said both India and South Africa had issued a ten-year business visa to facilitate trade relations. 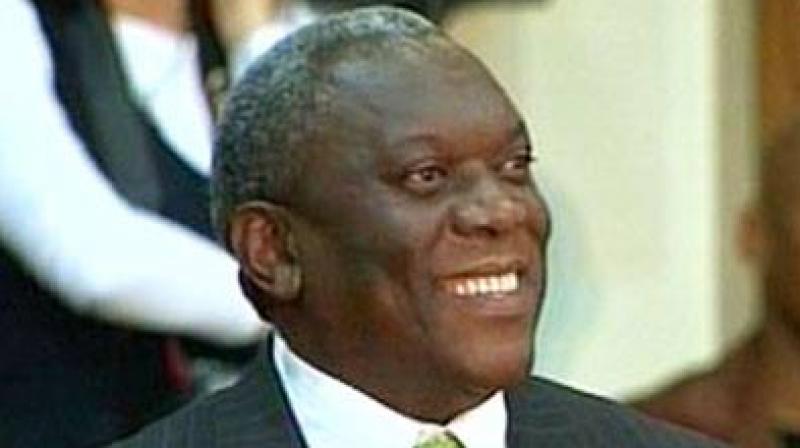 The relationship between India and South Africa is truly special it stands for peace in a time of turmoil said South African Minister of Post and Telecommunications Siyabonga Cwele. (Photo: Facebook)

Johannesburg: India's struggle against colonialism and racial discrimination served as an inspiration for the countries across Africa, South African Minister of Post and Telecommunications Siyabonga Cwele has said.

He was speaking at a dinner hosted by Indian High Commissioner Ruchira Kamboj in Pretoria to mark the country's 71st Independence Day.

"India took up the cause of championing the struggle against colonialism and racial discrimination and served as a rock of support upon which South Africa could rely until our own date with destiny," Cwele said last night as he quoted from the famous speech by Prime Minister Jawaharlal Nehru.

"South Africa and India share a strategic partnership that saw bilateral trade top the 93 billion mark in 2016, however the true potential of our trade, tourism and investment relations is yet to be fully realised," Cwele said as he called for a further deepening of these relations.

The minister said both India and South Africa had issued a ten-year business visa to facilitate trade relations. "As South Africa assumes the chair of the Indian Ocean Rim Association, we look forward to collaborating with India in expanding in new areas of marketing efforts and intensified people-to-people contact.

"Cwele said 2017 was a special year for bilateral relations because it marked the 20th anniversary of the Red Fort Agreement signed by former President Nelson Mandela and Prime Minister Deve Gowda in New Delhi and reaffirmed the strategic partnership between the two countries. "It set out the aspirations and ideas which we as members of the South strive for," Cwele concluded.

"The relationship between India and South Africa is truly special it stands for peace in a time of turmoil; serves as a platform for collaboration in a time of chaos; and above all, is an alliance of trust and conviction," Kamboj reaffirmed.

On the occasion, violin maestro L Subramaniam played a piece specially composed and performed together with Lord Yehudi Menuhin for India's 40th  Independence Day celebrations, this time with his son, Ambi Subramaniam.

They received a standing ovation from more than 300 guests who were present at the dinner.

The US visit to Taiwan: What's all the fuss about?