A report, published by the UN Mission in South Sudan, said that the peacekeepers responded by firing warning shots into the air. 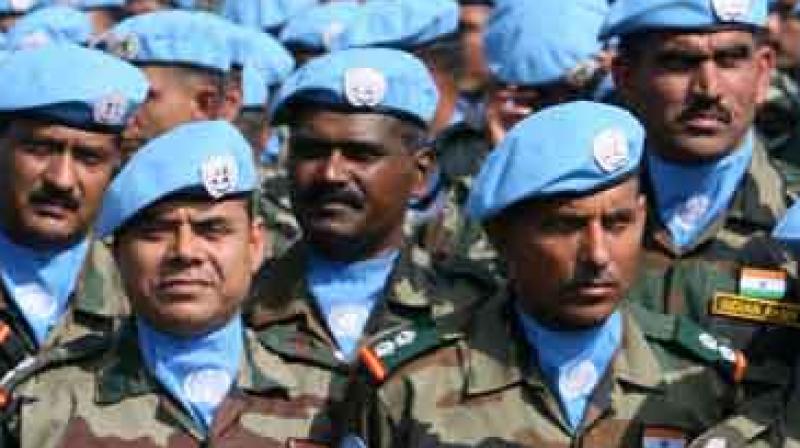 A report, published by the UN Mission in South Sudan, said that the peacekeepers responded by firing warning shots into the air. (Photo: AFP/Representational)

Juba (Sudan): The Indian peacekeeping forces serving in Pibor, have rescued more than a dozen humanitarian workers who came under heavy fire from unknown gunmen. They were alerted about the gunmen in the early hours of Thursday.

"When they arrived at the compound, about three kilometres from the UN base, there was a flurry of about 150 shots fired by the attackers using automatic weapons," said the mission in a statement issued in Juba.

The report, published by the UN Mission in South Sudan, said that the peacekeepers responded by firing warning shots into the air which caused the attackers too flee, with nearly forty people involved in the incident.

"The humanitarian workers were successfully evacuated from the compound and they were unharmed as sporadic gunfire continued. They were taken back to the UNMISS base for medical checks and support," UNMISS said.

The UN mission said the Indian battalion was alerted to an attempt to infiltrate another humanitarian compound nearby as the incident unfolded.

"They quickly responded by sending a team of peacekeepers, who once again, forced the offenders to flee. The peacekeeping contingent sent troops to check on other humanitarian compounds in the area and conducted a patrol of the town later that morning," it said.