Mauno Koivisto, born in 1923 to a ship's carpenter became the first leftist and ninth president of Finland in 1982. 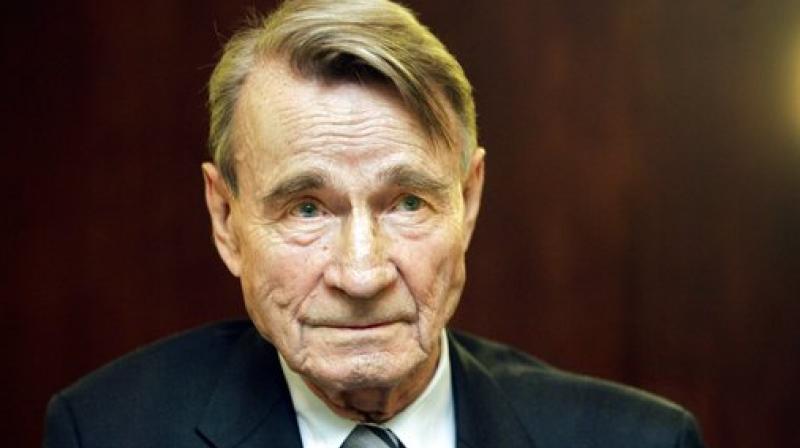 Former Finnish President Mauno Koivisto in Helsinki. Finland's last Cold War president Koivisto who led the Nordic nation out of the shadow of its huge neighbor, the Soviet Union, into the European Union, died. (Photo: AP)

Helsinki: Mauno Koivisto, Finland's first leftist president who led it along the path to EU membership, died on Friday an the age of 93, the president's office said.

Koivisto was born in 1923, the son of a ship's carpenter. He became the Nordic country's ninth president in 1982 and spent two terms in the office until 1994.

He led his country through the collapse of the neighbouring Soviet Union and the ensuing recession at home, and oversaw Finland's application for membership of the European Union in 1992. Finland joined the EU in 1995.

During his term, Koivisto also strengthened the role of the parliament after his predecessor, Urho Kekkonen, had ruled the country for 26 years, partly in an autocratic style. In his youth, Koivisto fought the Soviet Union during World War Two.

He served the country as prime minister, finance minister and central bank governor before becoming president.

"With Mauno Koivisto, the generation that took part in wars and following rebuilding, and which guided Finland to the path of current success and well being, has now definitively left Finland's political life," current President Sauli Niinisto said in a statement.

"His rise from humble home into a teacher, a banker and eventually to the top of the nation's politics is an unparalleled Finnish success story."

"Koivisto was a devoted democrat and a supporter of parliamentarism . He left a heritage where it has been good for me and my predecessors to continue."

In his last years Koivisto suffered from Alzheimer disease.