Doctors close to the protest movement say at least 118 people have been killed since the June 3 crackdown. 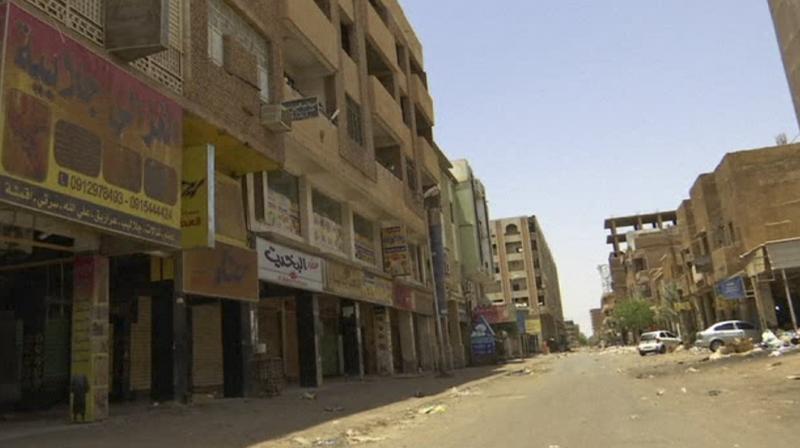 Protest leaders launched a nationwide civil disobedience campaign from Sunday after a June 3 crackdown on a weeks-long sit-in had left dozens of people dead. (Photo: AFP)

Khartoum: Protest leaders have agreed to end their civil disobedience campaign launched after a crackdown on demonstrators and resume talks with Sudan's ruling generals, an Ethiopian mediator said Tuesday.

"The Alliance for Freedom and Change agreed to end the civil disobedience (campaign) from today," Mahmoud Drir, who has been mediating since a visit by Ethiopian Prime Minister Abiy Ahmed last week, told reporters.

"Both sides have also agreed to resume talks soon" on a handover of power to a civilian administration, he said. The protest movement itself said in a statement that it was calling on people "to resume work from Wednesday".

"The TMC (Transitional Military Council" as a goodwill gesture has agreed to release all political detainees," Drir added, without giving details.

Protest leaders launched a nationwide civil disobedience campaign from Sunday after a June 3 crackdown on a weeks-long sit-in had left dozens of people dead.

Thousands of protesters had camped for weeks outside the army headquarters in Khartoum demanding that the ruling generals step down and hand power to a civilian administration - the key demand of demonstrators.

The generals seized power after the army ousted longtime ruler Omar al-Bashir on April 11 following months of nationwide protests against his iron-fisted rule of three decades.

Doctors close to the protest movement say at least 118 people have been killed since the June 3 crackdown.

The health ministry acknowledges that 61 people were killed on June 3 across Sudan, including 49 by "live ammunition" in the capital.

Shops began to reopen in Sudan's capital on Wednesday but many residents stayed indoors after demonstrators called off a nationwide civil disobedience campaign that had brought Khartoum to a standstill.

The slow return to normalcy came after an Ethiopian mediator announced that the protest leaders and the ruling military council had agreed to resume talks following a deadly crackdown on a weeks-long sit-in.

The negotiations collapsed last month because the two sides disagreed about whether a civilian or soldier should head a new governing body.

The launch of the civil disobedience campaign on Sunday came nearly a week after a raid on the sit-in outside the army headquarters in Khartoum on June 3 left dozens dead and hundreds wounded.

On Wednesday morning an AFP correspondent who toured parts of the capital saw buses waiting for passengers at their stations, while shops in some districts opened.

The main gold market in central Khartoum remained shut, and many residents still preferred to remain indoors given the heavy deployment of security forces across the capital.

"I'm still staying at my home because I'm worried about the presence of security forces carrying guns on the streets," said Samar Bashir, an employee in a private company.

Several other residents also told AFP that they were remaining indoors as internet services were still not fully restored across the capital, which made working from offices difficult.

Several private companies had also extended the Eid al-Fitr holidays up to the end of this week.

Sudan has been led by a military council since the generals toppled autocratic president Omar al-Bashir on April 11 after months of nationwide protests against his iron-fisted rule of three decades.

Following Bashir's removal, protesters camped outside the military headquarters in Khartoum for weeks to demand civilian rule until security and paramilitary forces dispersed them.