Zuma has easily survived previous such votes against him. 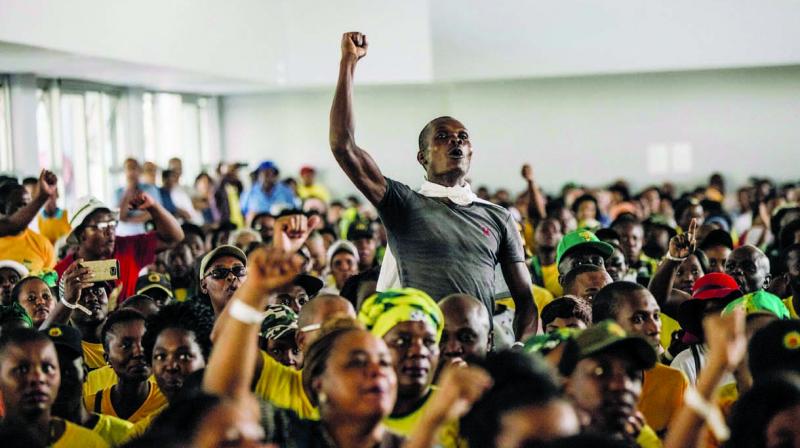 Johannesburg: South African President Jacob Zuma on Monday described last week’s protests demanding that he resign as racist, as he fought back against the criticism that has threatened to split the ruling ANC party.

The largely peaceful protests in Pretoria, Johannesburg, Durban and Cape Town appeared to attract a diverse mix of South Africans, but Zuma railed against those who participated. “The marches that took place last week demonstrated that racism is real and exists in our country,” he said. “Many placards and posters displayed beliefs that we thought had been buried... with some posters depicting black people as baboons.”

The president said some South Africans regarded “black people as being lesser human beings”, but he gave no further details about the alleged placards and posters or where they had been seen.

The protest in Johannesburg was organised by the main opposition Democratic Alliance party, which many ANC supporters accuse of harbouring white racists.

Further demonstrations are planned on Wednesday ahead of a parliamentary motion of no confidence in the president on April 18. Zuma has easily survived previous such votes against him.

The president was speaking at an annual memorial service for anti-apartheid hero Chris Hani, who was shot dead by a white suprematist in 1993.

The African National Congress (ANC) led the decades-long struggle against apartheid, and carried Nelson Mandela to power in the 1994 elections that ended white-minority rule.