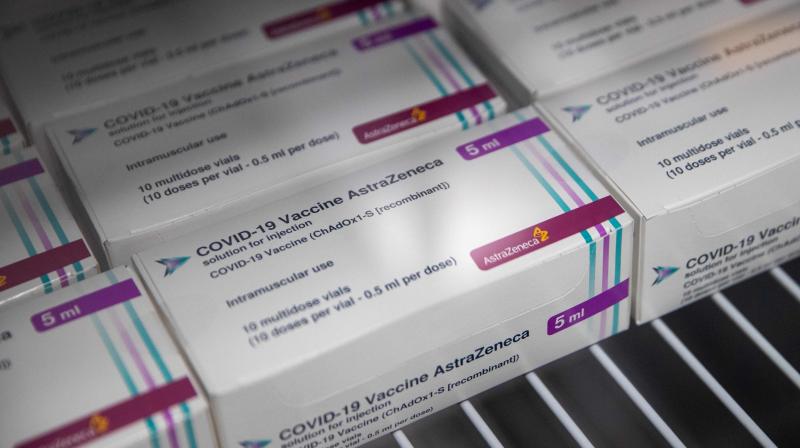 There's a security issue too because countries which have already begun rolling out the vaccines have warned us that there is a huge theft of it, so we may not even disclose where it is being centrally stored, Department of Health spokesperson Popo Maja said. (Photo:AFP)

Johannesburg: The South African government will store the 1.5 million doses of the COVID-19 vaccine that it will receive from India in the next few weeks at a secret place because of the risk of theft for sale at black market prices, according to a media report.

The vaccines are a highly-rated commodity once they're stolen and reach the black market, Department of Health spokesperson Popo Maja told the weekly City Press on Sunday, adding that if this occurs, there is a risk that the prices of these illegally-obtained vaccines will be hiked significantly.

There will be a central place where the consignment will be stored and from where we will distribute it to hospital and clinic pharmacies that can store it, Maja said.

There's a security issue too because countries which have already begun rolling out the vaccines have warned us that there is a huge theft of it, so we may not even disclose where it is being centrally stored, Maja said.

Health Minister Zweli Mkhize said during an address to the South African parliament last week, that the government had secured 1.5 million doses of the AstraZeneca COVID-19 vaccine from India as South Africa battles exponentially rising infections and deaths daily amid a second wave of the coronavirus and a new variant of the virus.

Overnight on Sunday, there were over 21,600 new infections and 399 more deaths.

A million doses are expected from India before the end of this month and a further 500,000 in February, with healthcare workers in both government and private facilities being prioritised for vaccination.

Mkhize also allayed concerns that the vaccine to be supplied by India had not yet been approved by South African regulators.

He said teams from the department of health as well as the South African Health Products Regulatory Authority (SAHPRA) were fine-tuning and aligning all the regulations and processes to ensure that there were no unnecessary delays or impediments to roll out the vaccine.

We are all happy that the Serum Institute of India and the AstraZeneca vaccine have already been approved by various regulators and is being rolled out in other countries, he said.

Addressing concerns that corruption might make the process costly, as had been the case in the provision of Personal Protective Equipment (PPE) to health workers for months during the COVID-19 lockdown, Mkhize gave an assurance that there would be no corruption as the deal was being done directly between the government and the manufacturer, unlike the middlemen used in the PPE acquisitions who had exploited the situation.

Tags: south africa to store vaccine at a secret place, south africa gets vaccine from india, theft and black market