This visit would go a long way in enhancing co-operation and understanding between the two countries. 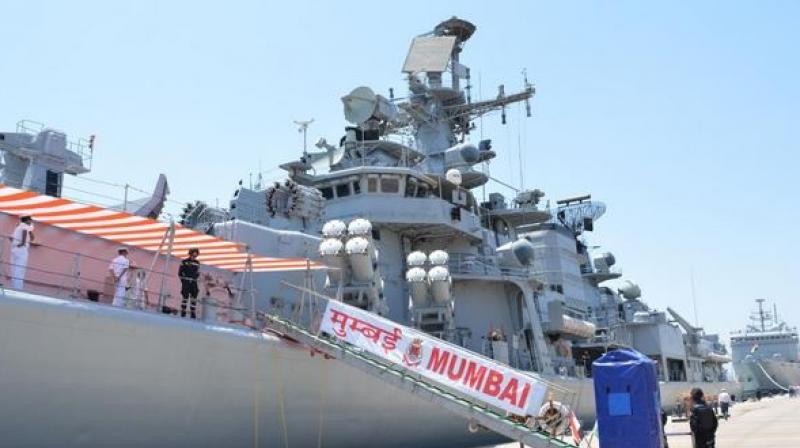 Cairo: Two Indian warships have engaged extensively in professional and social interactions with the Egyptian navy during their port call to Alexandria as part of Indian Navy's overseas deployment to the Mediterranean Sea and the west coast of Africa.

INS Mumbai and INS Aditya, part of Indian Navy's Western Naval Command based in Mumbai, arrived in the port city on May 5.

Apart from professional interactions, the warships engaged in a number of sports and social engagements with the Egyptian navy, according to a statement by the Indian Embassy in Cairo.

The statement said India and Egypt are two of the world's most ancient civilisations with a rich history of close contact. Building upon the relations that have existed between the two countries, both nations have developed warm relations in several spheres, it said, adding that training cooperation between the two militaries "exist at the highest levels."

This visit would go a long way in enhancing co-operation and understanding between the two countries, it said. The statement cited training of Egyptian pilots by the
Indian Air Force and a joint venture to manufacture the Helwan 300 fighter jets as "significant milestones" in bilateral defence cooperation.

The setting up of the Indo-Egypt Joint Defence Committee in 2006 was another step in strengthening the ties between the two nations, it said.

With the governments of both the countries keen on sustaining strong diplomatic ties, the visit of the Indian warships seeks to underscore India's peaceful presence and solidarity with friendly countries and in particular to strengthen the ties between India and Egypt.

Over the past decades, India has made substantial advances in designing and building warships indigenously and the visiting ships bear testimony to these capabilities, the statement added.

The warships leave Alexandria on Monday after a three-day visit.