Cape Town workers said they had taken measures to protect some poor residents, who live in sprawling neighbourhoods of makeshift homes. 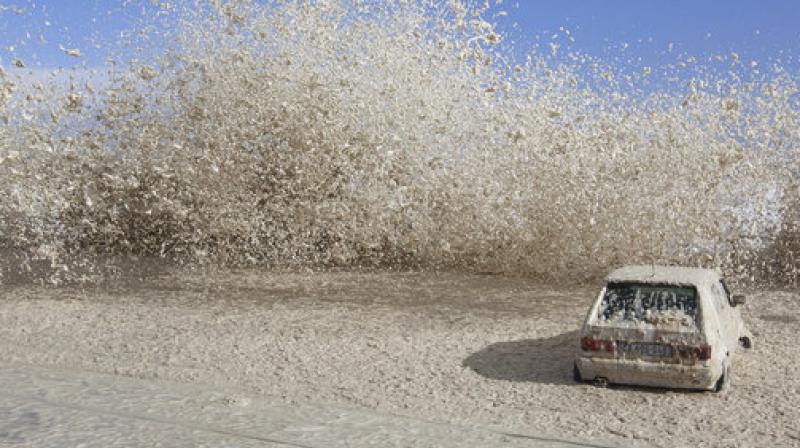 A car is washed over by a huge wave that slammed into the promenade during heavy storms in the Sea Point neighborhood of Cape Town, South Africa. (Photo: AP)

Johannesburg: At least eight people were killed in a storm that swept into the Cape Town area, which has been suffering from a severe drought, South African authorities said Wednesday.

Victims included four people who died in a fire caused by lightning and one who was killed when a home collapsed, local media reported. One outlet, Jacaranda FM, attributed the death toll of eight to James-Brent Styan, a provincial official.

Cape Town workers said they had taken measures to protect some poor residents, who live in sprawling neighbourhoods of makeshift homes. However, hundreds of homes were flooded or damaged, authorities said.

The storm forced President Jacob Zuma, who was in Cape Town, to cancel a speech to an international media conference in Durban, a city on the Indian Ocean coastline, his office said. He was due to address an annual congress organized by the World Association of Newspapers and News Publishers.

The South African military said it had placed a helicopter on standby to help with any emergency evacuations in Western Cape province, which includes Cape Town.

While the storm provided some drought relief, officials said sustained rainfall over several years is needed in a city whose reservoirs are at low levels.

Cape Town recently announced restrictions on water use. On Wednesday, authorities urged residents to capture rain from the storm in containers for flushing toilets and other needs.