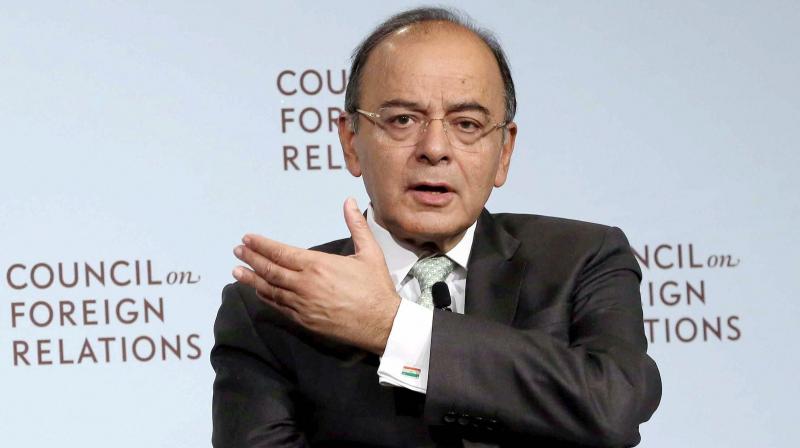 Yokohama (Japan): Frosty Indo-Pak relations after the beheading of Indian soldiers by Pakistani troops were on full display here when Union finance minister Arun Jaitley was on the dais with his Pakistani counterpart, often sharing cold vibes and aggressively countering Islamabad’s backing of China’s Belt and Road initiative.

This was the first instance of leaders of the two nations sharing a stage in the midst of what is being dubbed as the worst crisis brewing in South Asia since the Mumbai terrorist attacks of 2008.

The Indian minister sat in a position that his head was turned away from the Pakistani leader all through the one-hour debate and left immediately after a customary photo-op with panel members. There were no warm handshakes.

While no question was put to the two ministers either on the recent tensions or the trade between the two nations, Mr Jaitley did not reply when journalists tried to speak to him.

“I think connectivity in principle is a good idea but the particular proposal which has just been suggested by you, I think there are several other collateral issues and this is not really the forum for me to go into all this,” he said.

Stating that the idea is always there for the future as the expansion of connectivity takes place between countries, he said he has “no hesitation in saying that we have serious reservations about it (OBOR) because of sovereignty issues. I don’t want to get into it at this stage but there are issues”.

Dar, on the other hand, stated that Pakistan “strongly” supports the initiative.

“It is one of the very important directions to be connected in the region and beyond... I think OBOR is a very good initiative. Pakistan is a part of it and very much promotes the idea,” he said.

Pakistani troops killed two Indian soldiers patrolling the border in Jammu and Kashmir, mutilating their bodies. The incident occurred within weeks of a secret military court in Pakistan sentencing Kulbhushan Jadhav, a former naval officer, to death on charges of espionage.

Dar also said the intra regional trade should be focused and regional connectivity should be better. He went on to mention of initiative like Central Asia Regional Economic Cooperation (CAREC) and China-Pakistan Economic Corridor (CPEC) to link Pakistan, central Asian states, India and Iran.