4 women have also made it to transitional cabinet including Asma Mohamed Abdullah who will be country's first-ever female foreign minister. 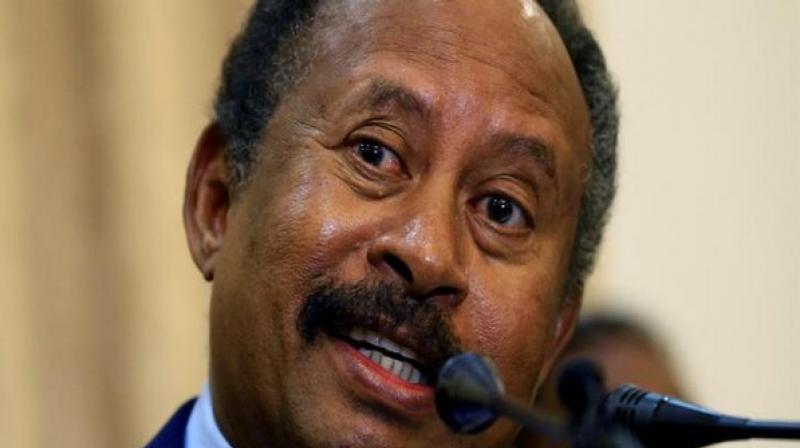 Hamdok made the announcement during a press conference in Khartoum, citing a constitutional decree issued by the chairman of the Sovereign Council, Xinhua news agency reported. (Photo: File)

Hamdok made the announcement during a press conference in Khartoum, citing a constitutional decree issued by the chairman of the Sovereign Council, Xinhua news agency reported.

The decree appointed 18 ministers but delayed announcing the lawmakers for two ministries namely the Ministry of Infrastructure and Transport and the Ministry of Livestock and Fisheries.

Under the decree, Jamal Omer has been appointed as defence minister and Al-Teraifi Idriss as interior minister. The two were nominated by the military component in the Sovereign Council.

Four women have also made it to the transitional cabinet including Asma Mohamed Abdullah who will be country's first-ever female foreign minister.

Hamdok said that the formation of the cabinet marked a new phase and "if we better manage it, we will be able to build a homeland that we will all be proud of."

He further stressed that the top priorities of the newly formed government would be to achieve peace, end the war and carry out economic reforms.

Last month, Sudan's Transitional Military Council and the opposition Freedom and Change Alliance officially signed the political and constitutional declarations, marking the beginning of the transitional rule after the fall of former President Al-Bashir in April that was followed by months of massive protests.

According to the declarations, the political structures during the transitional period include the sovereign council, the council of ministers and the legislative council.