The accident occurred on Tuesday around 10 km outside the town of Bambari, around 300 km northeast of the capital Bangu./ 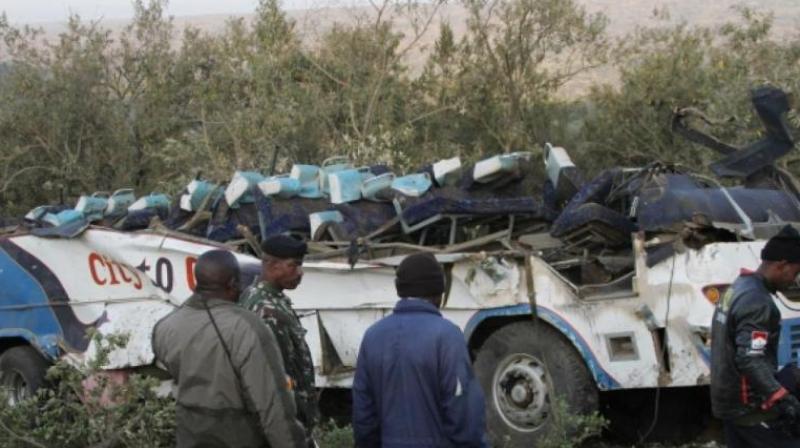 Decades of neglect have left the landlocked country’s road system in ruins and safety regulations are rarely enforced. (File Photo)

Bangui: Some 78 people were killed and dozens more were injured when a truck heavily loaded with goods and passengers crashed in Central African Republic, a doctor said on Wednesday.

The accident occurred on Tuesday around 10 km outside the town of Bambari, around 300 km northeast of the capital Bangui, as the truck was travelling to a weekly market day in the village of Maloum.

“At the moment, we have counted 78 dead and 72 wounded. Some wounded were taken directly to their homes from the accident scene and died there some time after, but most died here,” said Chamberlain Bama, chief doctor at the university hospital in Bambari.

A member of parliament from Bambari said the truck was overloaded and travelling faster than normal.

“They were driving fast to make it to the market on time. That’s what probably caused the accident,” Amaseka Topi told Reuters.

Decades of neglect have left the landlocked country’s road system in ruins and safety regulations are rarely enforced.

Thousands have died and a fifth of Central Africans have fled their homes.