The protest movement, in turn, dismissed the generals' promise of elections within nine months instead. 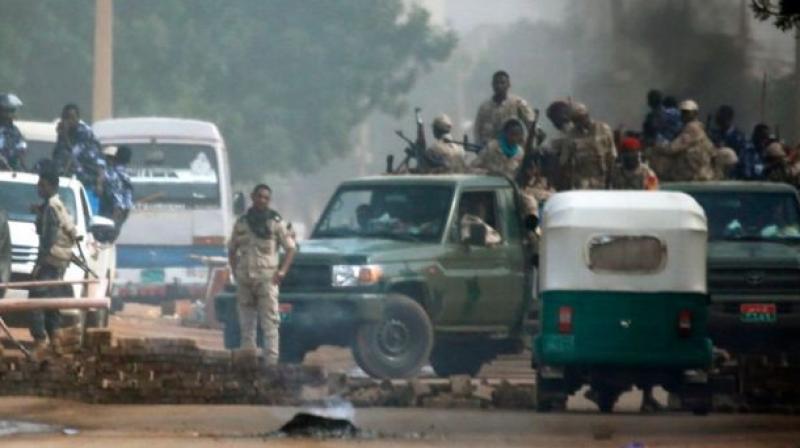 Following the deadly crackdown, the military council announced it was abandoning all previous agreements reached with protest leaders on a transition to civilian rule. (Photo: AFP)

Khartoum: Sixty people have been killed in a two-day crackdown on Sudanese protesters carried out by security forces, a doctors' committee close to the demonstrators said on Wednesday.

A previous toll given by the Central Committee of Sudanese Doctors had counted 40 dead since the bloody dispersal of a weeks-long sit-in outside army headquarters in Khartoum on Monday.

The committee said it held "the militias of the (military) council... responsible for this massacre."

Protesters have previously singled out the Rapid Support Forces, paramilitaries with origins in the 16-year-old war in the western region of Darfur whose commander is deputy chairman on the ruling military council.

Following the deadly crackdown, the military council announced it was abandoning all previous agreements reached with protest leaders on a transition to civilian rule.

The protest movement, in turn, dismissed the generals' promise of elections within nine months instead.

On Wednesday hundreds of residents of the northern suburb of Khartoum Bahri blocked off streets with barricades made from stones, and waited by them in silence, a witness told AFP.

In the distance, gunfire could be heard.

In the early morning, sporadic shooting could be heard in the Khartoum 2 neighbourhood, an area where there are several embassies.