The Seleka group leading to a wave of violent reprisals against the Muslim population by the Christian anti-Balaka militia. 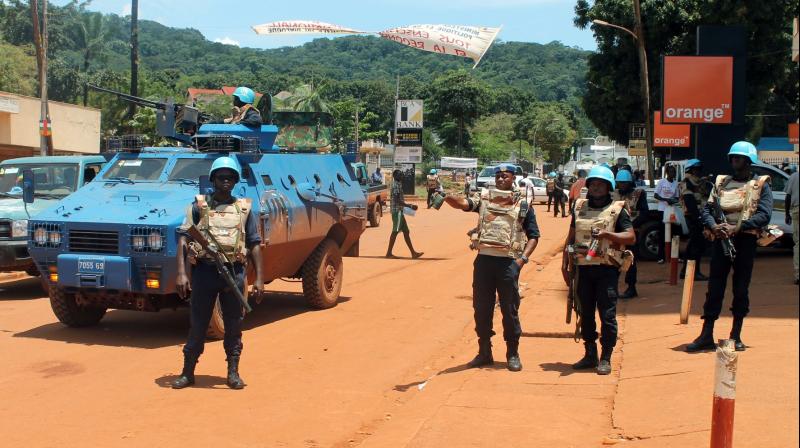 Clashes towards the end of last month left around 100 people dead in the central town of Bria. (Photo: Representational/AFP)

The violence broke out on Saturday in the market town of Kaga-Bandoro when rebels from the former Seleka movement of mainly Muslim fighters attacked the town "to settle an old score," a source in MINUSCA, the UN mission which has some 12,000 troops in the country, said. "They (the former Seleka rebels) were confronted by the Pakistani and Burundian contingents stationed in the town," the UN source said. "

The MINUSCA forces did their job and protected the civil population" in the town, some 400 kilometres (250 miles) north of the capital Bangui, the source added.

Seleka rebels briefly seized power in March 2013 and deposed the Christian President Francois Bozize. The Seleka group was itself then ousted, leading to a wave of violent reprisals against the Muslim population by the Christian anti-Balaka militia.

Clashes towards the end of last month left around 100 people dead in the central town of Bria just hours after the government signed a peace deal with rebel groups aimed at ending simmering sectarian violence which has blighted Central Africa since 2013.

Although the unrest has long pitted Christian anti-Balaka militias against mainly Muslim ex-Seleka rebels, there have been growing splits within the various armed groups that have turned deadly.

Violence resurfaced at the end of May in Kaga-Bandoro, the main town in the Nana-Grebizi region where some 20,000 displaced people have been housed since last year.