The idea is to give Muslim worshippers a way to plug in fast to Islamic teachings and correct misconceptions of religious texts. 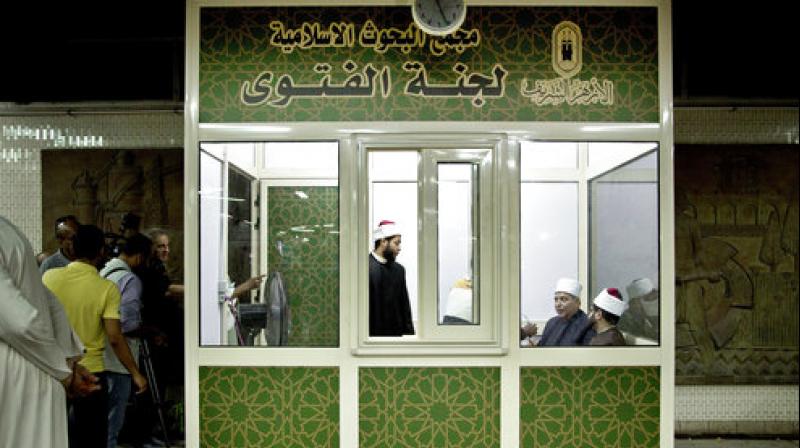 The move comes as Egypt struggles to combat rising militant attacks, most of them claimed by an Islamic State affiliate. (Photo: AP)

Cairo: Egypt's Al-Azhar institute, the Sunni Muslim world's foremost religious institution, has set up a booth in a Cairo subway station with clerics offering fatwas, or religious advice, to commuters.

The idea is to provide Muslim worshippers with a way to plug in fast to Islamic teachings but it's also part of a broader push to correct misconceptions of religious texts seen as fostering Islamic militancy.

The move comes as Egypt struggles to combat rising militant attacks, most of them claimed by an Islamic State affiliate.

It has also stirred debate, with critics saying that rooting out extremism will not happen in metro stations. Many have slammed Al-Azhar for setting up the booth in a public place, used by all sectors of the Egyptian society, to spread the teachings of Islam.