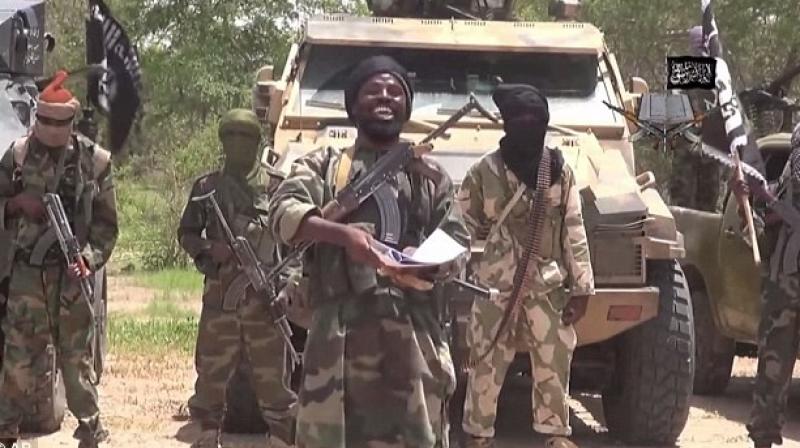 Four teenage girl suicide bombers have killed two people in multiple attacks in northeast Nigeria, residents said Saturday, in the latest assault since the government announced it was in ceasefire talks with Boko Haram. (Representational Image)

Kano: Four teenage girl suicide bombers have killed two people in multiple attacks in northeast Nigeria, residents said Saturday, in the latest assault since the government announced it was in ceasefire talks with Boko Haram.

The girls, estimated to be between the ages of 13 and 18, attacked the Zawuya settlement on the outskirts of Maiduguri, killing two people, residents told AFP.

“We lost two people, a woman and a boy, in two of the four suicide explosions,” Zawuya resident Musa Haruna Isa said.

One of the bombers blew up while trying to scale a low mud wall outside a house that starting crumbling and detonated her explosive belt, killing the boy, Isa said.

“One of them exploded near an open-air mosque, injuring one person,” he said, adding that another bomber “panicked from the explosions from her colleagues and squeezed the trigger in the open, killing only herself.”

However, police said that just one person died in the attack.

“They (bombers) detonated the explosives killing themselves and one other person... 13 persons were injured and were taken to a hospital where they are responding to treatment,” Maiduguri police said in a statement.

The attack highlighted the challenge the government faces in reaching a ceasefire agreement with the fractionalised Boko Haram.

Last week, when more than 100 schoolgirls were returned to Dapchi after being kidnapped by the jihadist group, Nigerian President Muhammadu Buhari said his government was offering amnesty to “repentant” jihadists.

But senior security officials cautioned that reaching any agreement with the group will be difficult, as it is split into competing factions with different goals.

The Islamic State-affiliated faction reportedly in talks with the government is led by Abu Mus’ab al-Barnawi and is known for attacks on military targets, while another faction led by Abubakar Shekau is notorious for suicide bombings killing civilians.

Zawuya, a settlement of people displaced by Boko Haram mostly from Rann, a town on the remote northeast border with Cameroon, lies close to the Muna Garage area, home to some 40,000 internally displaced people.

Both camps have been repeatedly targeted by Boko Haram attacks.