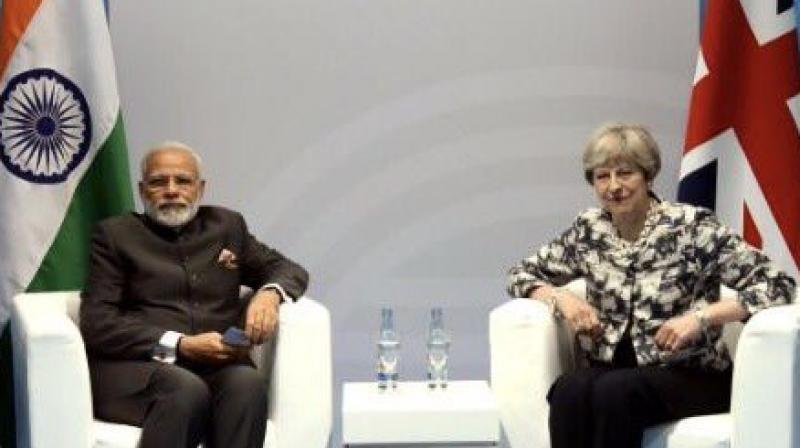 Narendra Modi on Saturday met Theresa May during a bilateral meeting on the sidelines of the G20 Summit (Photo: PMOIndia)

Mallya has been in the UK for months, escaping arrest warrants against him, while a court in London is also hearing a case regarding his return to India.

Modi on Saturday met May during a bilateral meeting on the sidelines of the G20 Summit and sought UK's help in this regard. Both leaders also talked about the complete range of India-UK ties.

Mallya, who is wanted in India for Kingfisher Airlines' default on loans worth nearly Rs 9,000 crore, has been in the UK since March 2016.

In April, he had attended a central London police station for his arrest and was released on conditional bail a few hours later after providing a bail bond worth 650,000 pounds, assuring the court of abiding by all conditions associated with extradition proceedings, such as the surrender of his passport and a ban on him possessing any travel documents.

India and the UK have an Extradition Treaty, signed in 1992, but so far only one extradition has taken place under the arrangement - Samirbhai Vinubhai Patel, who was sent back to India last October to face trial in connection with his involvement in the post-Godhra riots of 2002.

"Prime Ministers @narendramodi and @theresa_may met and held talks on the complete range of India-UK ties," India's PMO said in a tweet.