Head to Munnar between July and October to catch a glimpse of the Neela Kurinji flowers. 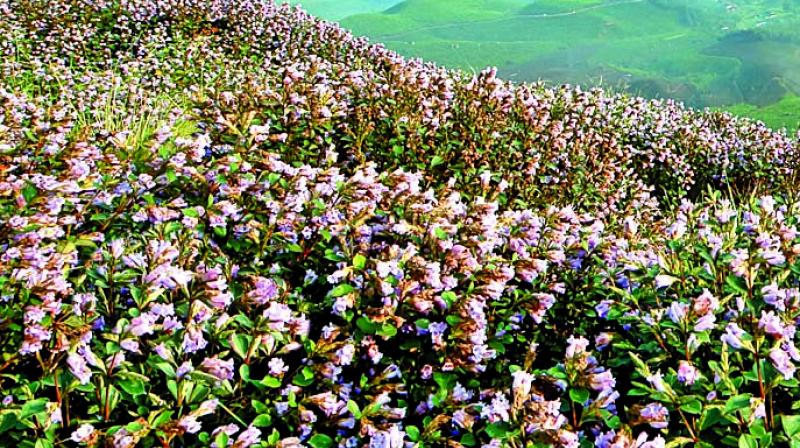 For a tourist visiting Kerala this year, one not-to-miss event is the blooming of Neela Kurinji flowers that will take place between July and October. A rare and beautiful sight that comes in an interval of 12 years, it will be the perfect time to take your camera and head to Munnar’s hills, where the flower blooms in plenty.  The Kerala Tourism Department has declared 2018 as the ‘Kurinji year’.

Neela Kurinji a.k.a Strobilanthes Kunthiana is a shrub that grows in the Shola forests of the Western Ghats in Kerala. It is said that the part of the scientific name ‘Kunthiana’ is derived from the river ‘Kunthi’. The flower grows at an altitude of 1,300 to 2,400 meters. During the season, the hills of Munnar will be carpeted with these purple-blue flowers.

Though there are almost 50 varieties of Kurinji flowers, the blue-coloured ones that bloom once in every 12 years are the most celebrated ones. The last blooming was in 2006. In 2018, the season will begin in July and is expected to go on till October or even extend to November. However, the topographical changes may affect the blooming. In Munnar, Kurinjimala Sanctuary is where one can witness this marvellous sight. Now, save the date and prep for the trip.