Well designed, good to look at and easy to wear. These Claw headphones are good, but miss out on just one key quality. 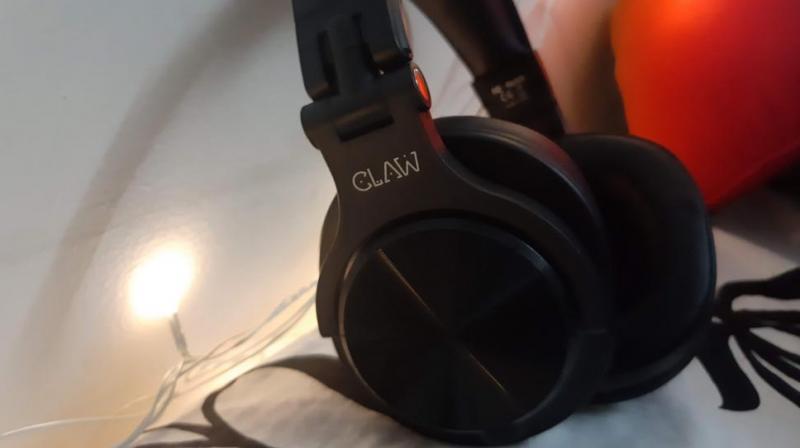 The Claw SM 50 headphones are another in Claw’s expanding range of budget friendly and professionally usable headphones.

The Claw SM 50 headphones are another feather in Claw’s expanding range of budget-friendly and professionally usable headphones. Promising noise isolation, it comes in almost complete leather encasing and has two ports for a 3.5mm jack and a 6.3mm one. The wires behind the jacks, also come along with the device, in two lengths for varying usage.

We used these studio monitoring headphones and its accompanying accessories for some time and penned our thoughts on the product below.

The SM 50 Claw are medium-sized studio monitoring headphones. Encased in black leather all around, the earmuffs, headband are all quite comfortable around the head as well as around the ear. In spite of using it for at least a couple of hours at a stretch at one time, there was no pain, sweat or any other sort of discomfort. The headband is emblazoned with the words ‘Claw’ bearing its typical font, made of metal but encased in leather while a stitch on the borders runs in red. 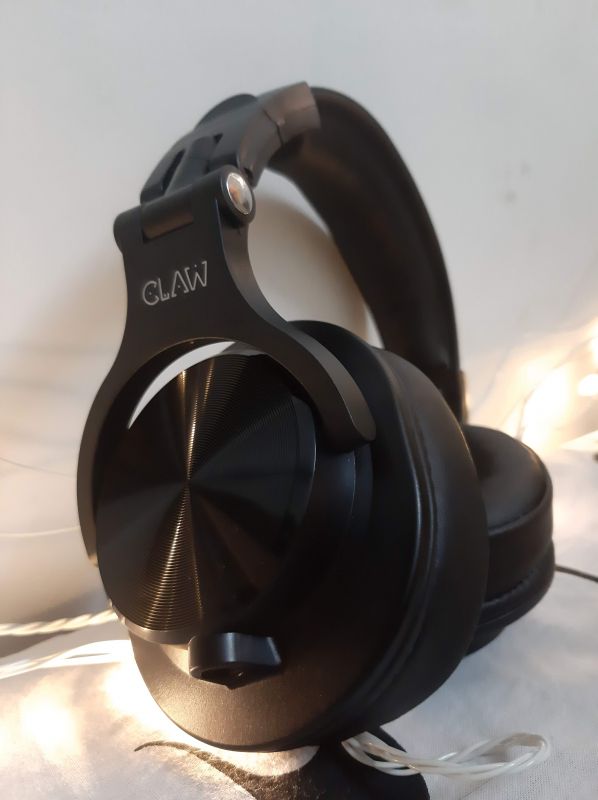 It joins two plastic-bodied ear cups again branded by their name. These have an impressive design at the back, which adds a dash of charm to the headphones. Along with the looks, there was also the ability to swivel up to 90 degrees, of the cups which made them further pop out among the rest. 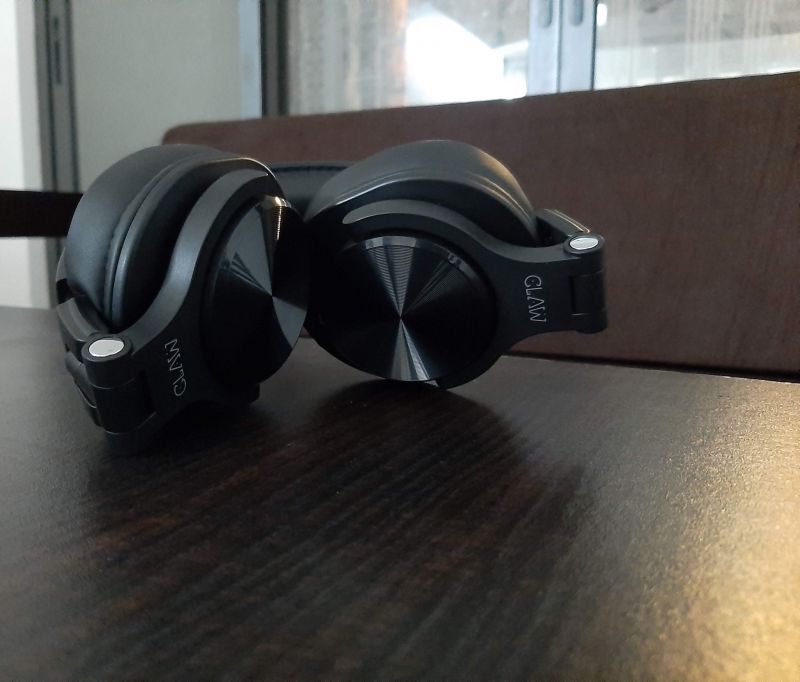 Functionally, this can make it easier for its owner to carry, balance sounds on each side of the speakers and also give it a little more durability.

Then, of course, the headband could extend to quite a few inches in length, however more importantly it was a snug fit on smaller heads as well. 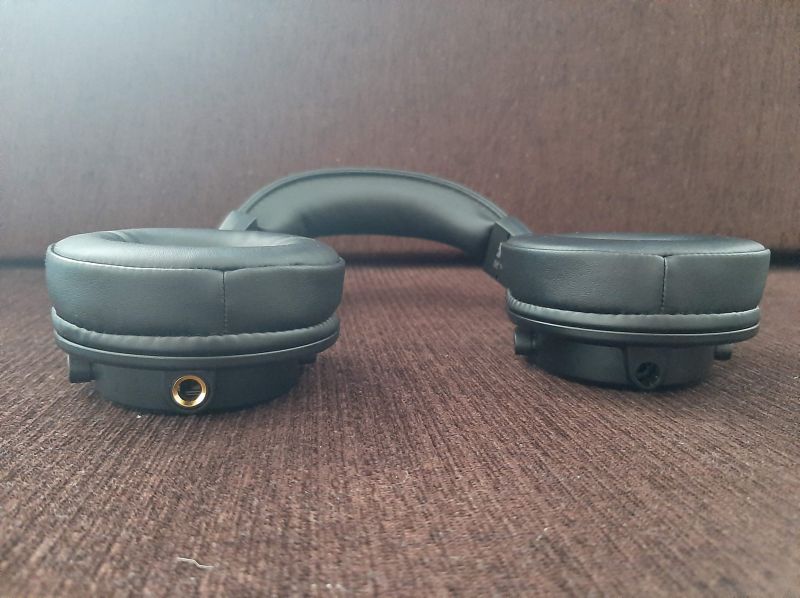 The most noteworthy feature of the device was its two differently sized ports for audio jacks, as previously mentioned, these were of 3.5mm and 6.3mm diameters. To be used to connect it to a phone or a studio system, these were situated at the bottom of either cup.

The noise cancellation on these headphones are fantastic, so the music becomes an immersive experience. The sensitivity to bass is pretty good on these so, on Hozier’s Movement, you can practically feel the headphones thumping to the beats of the song. But going forward, why we titled the review this way becomes clear. It does build its way from a very strong bass sensitivity however leaves us disappointed with mid-range sounds. Vocals, guitar sounds? As crisp and engaging as the bass felt, the mids did feel distant. There wasn’t any added harshness but the mids still did feel unclear. Thus, to someone in a studio, I can only imagine this would be more of an inconvenience. 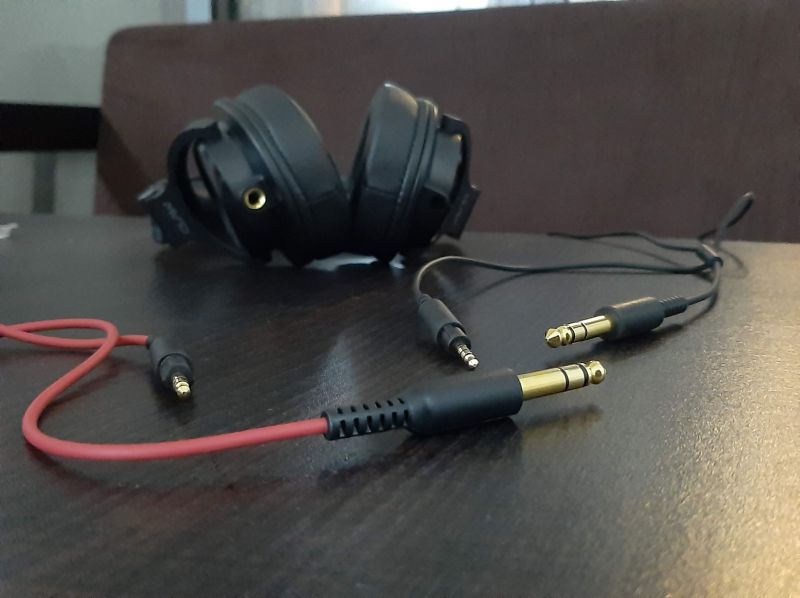 Listening to higher frequencies was fine unless you were listening in at a high volume. Then it would become uncomfortable after a point and you would disconnect the music.

Last but not least, is the headphone’s audio sharing capabilities. By inserting a 3.5mm jack bearing pair of headsets into the port on the right cup, at least two people can listen to a track at one time. This feature worked just fine, there was no loss in quality on the other headset, lag or added colouring.

The headphones work just fine with both phones as well as laptops. With two accompanying cables, one 2.8 metres long for professional use and the other mic-borne, stretching to 1.2 metres to be used in day-to-day life. Which is what I would rather these headphones be put in good use for.

It's an immersive experience, as mentioned before. So if you’re willing to pay Rs 2,290, which is what it was retailing at when we checked Amazon while writing this review, buy them for their sturdiness, comfortable design as well as the audio sharing feature.