The Noise Loop Lite shines with a commendable build quality but bogs down with mediocre software. 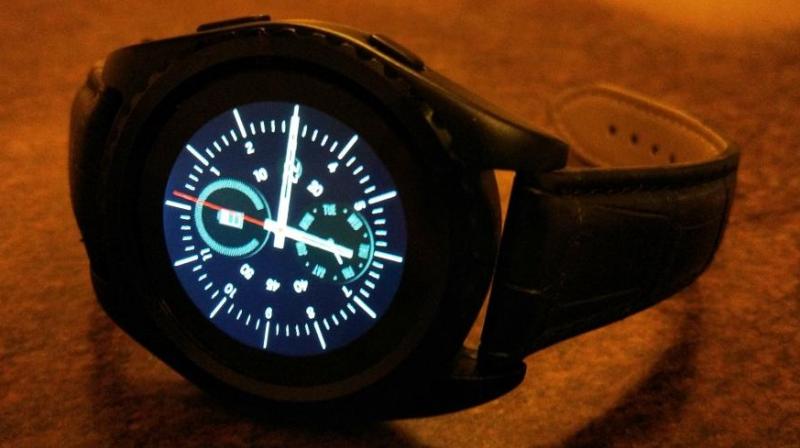 We know that smartwatches haven’t really caught on with as expected. The two major reasons for this are the monumental price tags and lack of absolute necessity. Despite that, a bunch of prominent names in the world of technology keep on pushing for a more acceptable form of watch-based wearable. Google is pursuing the smartwatch trend with its Android Wear platform and Apple is trying to make their Watch a helpful addition to the iOS platform. But the enormous price still remains the main discouraging factor.

Of late, we have seen several small Chinese manufacturers offer smartwatches for dirt cheap prices on online marketplaces. Most of them are actually extremely tweaked versions of the old Android OS (such as Jellybean) running on obsolete smartphone hardware. Though most look tempting with an array of features scribbled on their specification sheets, most of them barely manage to deliver the ‘smart’ side and barely manage to stay as a modern digital watch. 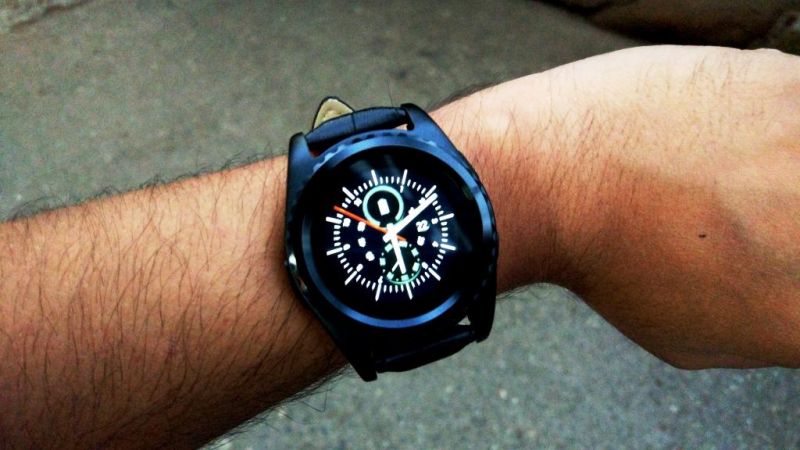 We assumed the same thought with the Noise Loop Lite smartwatch — a seemingly great-looking smartwatch-esque device made by an Indian startup for the price of an entry-level smartphone — Rs 4,999. Smartwatches asking for a lower price generally fail to deliver the satisfaction that users expect from it. However, the Noise Loop Lite came with the intention of tinkering our thought a tad bit. 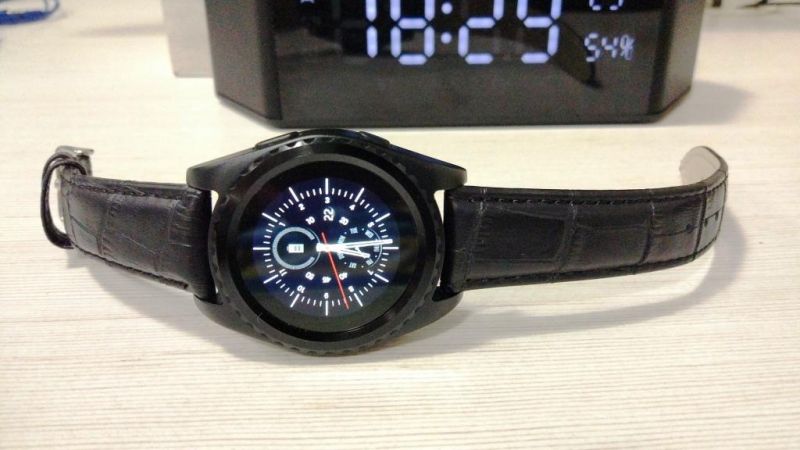 Before we jump on to its functionality, we have to talk about its aesthetics. After all, a wristwatch, whether analogue or digital or smart, has to add to your attire. The Loop Lite believes in this philosophy too, with a premium metal body holding its round dial. The watch tries to resemble the likes of the Samsung and ASUS counterparts. It features two buttons on one edge — one is the ‘power button’ and the other a sort of ‘Enter’ or ‘OK’ button. You will see a micro USB port on the opposite side (we will come to it later on), and the usual heart rate sensor on the bottom. 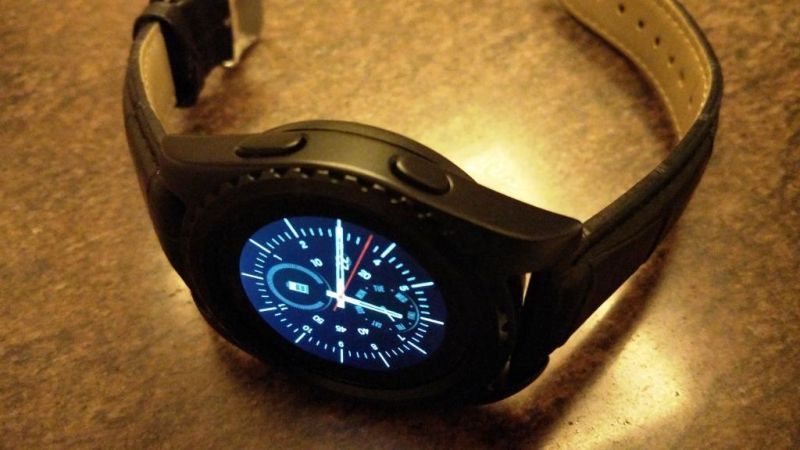 Noise also provides a tasteful leather belt that imparts a sense of premium-ness more than what some expensive Android Wear watches fail to provide. Overall, the Loop Lite is an affordable way to raise your status quo within your social circle, with its premium build and svelte aesthetics. However, eager smartwatch enthusiasts (common, there are people who fanboy over these things) will notice that it ‘co-incidentally’ looks pretty identical to Samsung’s Gear S3 smartwatch. 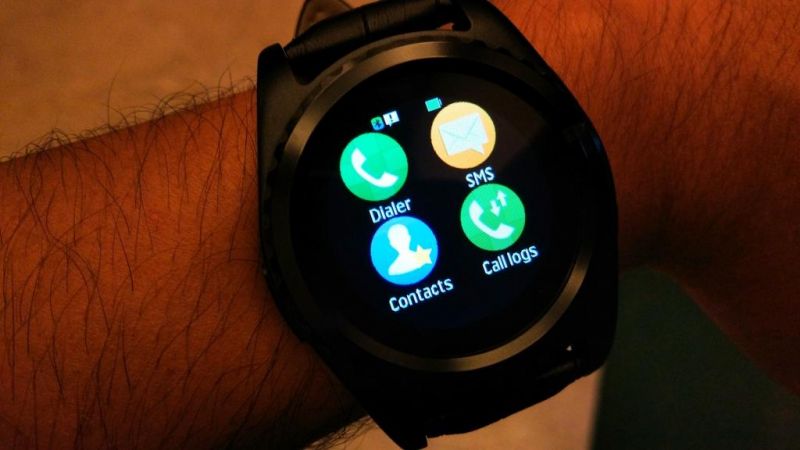 And now for what you geeks would want to read. The Loop Lite is powered by a MediaTek MTK2502 chipset. If this name is new to you, MediaTek also develops smart wearable platforms alongside Qualcomm’s Snapdragon Wear platform. Therefore, this chipset is destined to provide decent performance while sipping power from puny batteries very slowly. Noise has clubbed that with 128MB of RAM and 64MB storage. There’s a 1.28-inch IPS LCD circular touchscreen display as the dial. The display has a notable legibility even under bright sunlight and has broad viewing angles while being pretty responsive in taking inputs. 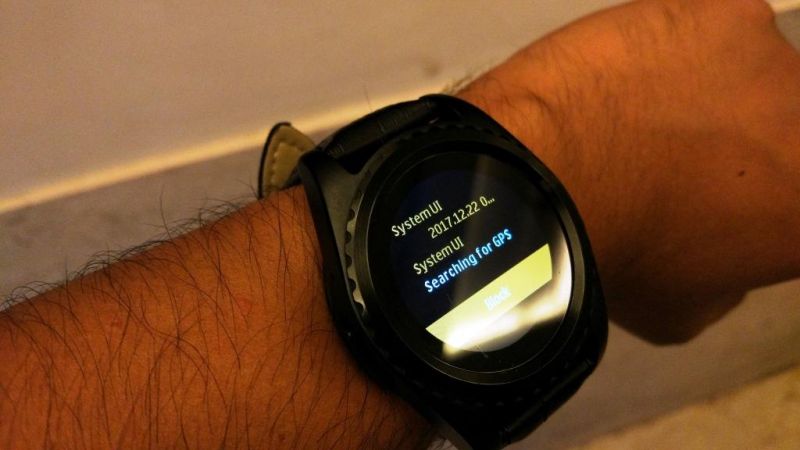 Apple may not reveal it, but their ultra-premium Watch is also based on similar power-efficient internals. The performance majorly depends on the software. With 'Android Wear' out of question for the company (probably to keep the price low), Noise has gone for their own firmware (OS) tweaked for a watch’s interface, which resembles a modified version of Android. As for basic smartwatch functions, it manages to put on a decent show — you can choose between four good-looking watch faces (you need to press and hold on the dial to change it), there's a gesture-based navigation system similar to expensive smartwatches and one can check out notifications from the smartphone. You can control audio playback on your smartphone, via Bluetooth, and also click pictures with the remote camera shutter feature. One unique highlight of the Noise Lite is that you can initiate Siri or Google Assistant on your smartphone using a dedicated app. Sadly, we wished if it was more voice operated rather than tapping on an icon to ask for an assistant's service. All seems good until you focus your attention on the software ecosystem. 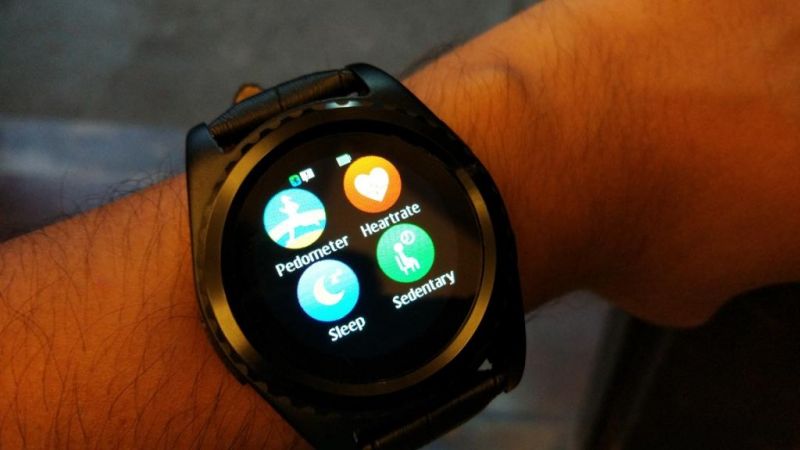 Expensive smartwatches have their own dedicated smartphone app to easily configure/control the smartwatch. The Noise Loop Lite relies on a third-party app called Fundo Wear, which strangely requires you to create an account via your social media accounts to set up the watch. For starters, there’s no option to add or download new watch faces or dials, which means you will get bored after just a few days of using it. There’s no option to enable health tracking sensors to work in the background — you need to fire up the pedometer or heart rate apps to record your steps or monitor your pulse respectively. Of course, you can choose the apps on your smartphone that you want to show notifications, but there’s no major control over the extent to which the watch can display notifications. Lastly, you cannot install additional smartwatch apps on it, although you can get a few outdated 'app-lings' from the MediaTek SmartDevice app. Do note that a puny 64MB storage means your Loop Lite will run out of breath after just two apps installed. 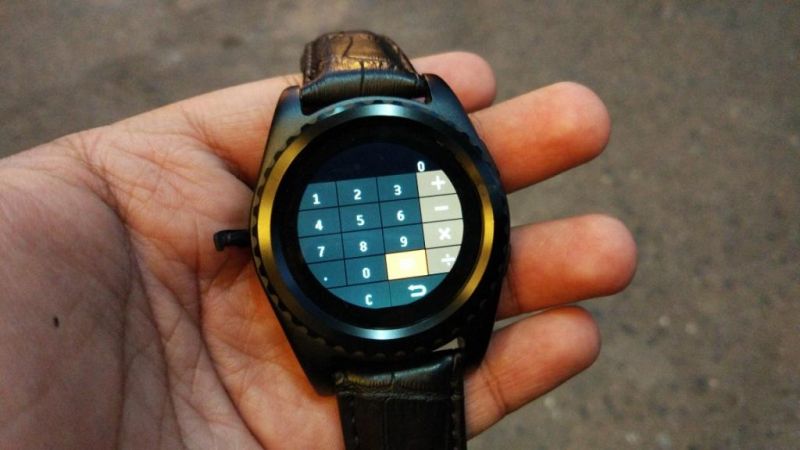 Then there’s the watch’s OS interface, which looks good at first glance but lacks the finesse of its expensive rivals. You will occasionally see text and other parts of the display’s content creeping out of the edges. You can make calls and receive messages on Bluetooth, which is great if you usually have your hands full or drive your way around. However, do note that the volume of the speaker is pretty low and using it to answer calls on a public street or noisy environments is a put-off. 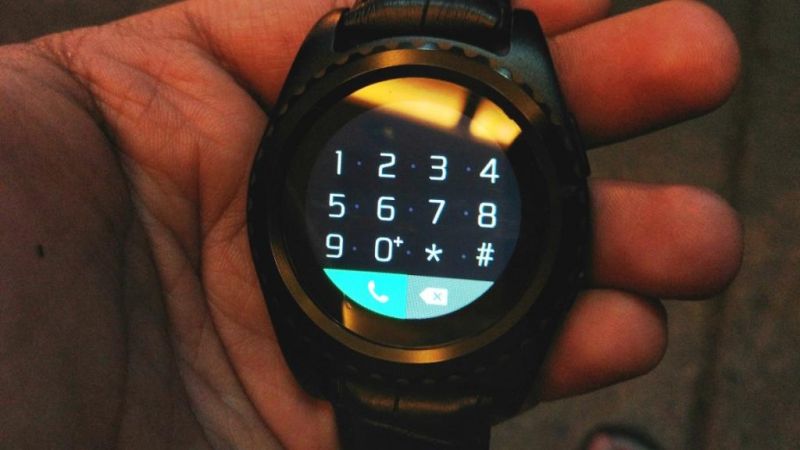 Short messaging is a pain. Though you can read an entire message on the display, you cannot reply back properly. You only have a choice from a selected number of template messages to reply. Additionally, we also did notice that if you receive more than one message, you cannot read any messages at all. It may sound stupid, but if Noise can incorporate a full-sized calculator keypad on this tiny display, they could have given the user a T9 keypad for typing out basic sentences. The notification tunes could have also been a bit more subtle — when you receive a message the watch goes ‘look-at-me-I-am-a-smartwatch-notifying-you’ out loud. And the worst part is that you have to immediately mute the watch. During our use, we were finally unhappy with this behaviour and preferred to use it in vibration mode rather than an audible alert. Lastly, the OS seems lagging with want for more speed — but thanks to the puny RAM and processor power, the watch is just about manageable. 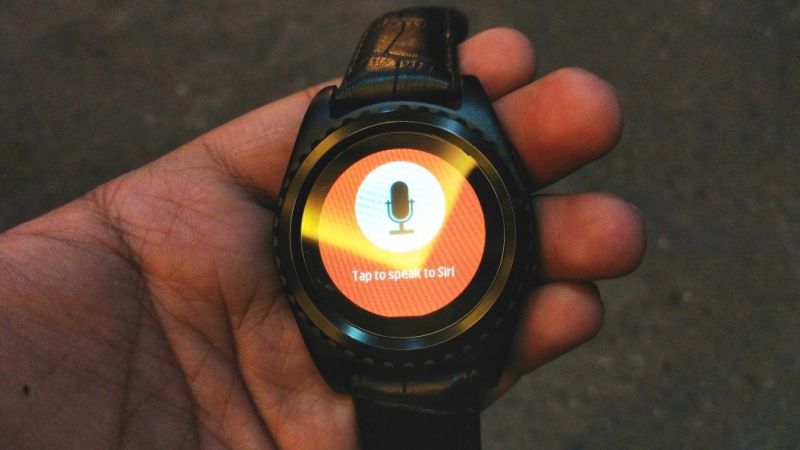 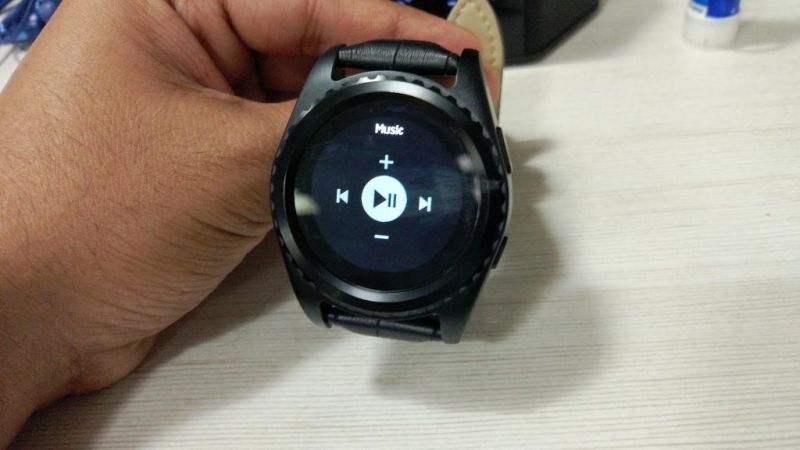 We cannot reach our conclusion without talking about the battery life. The Loop Lite is fuelled by a 380mAh power reservoir, which easily lasts for two days when constantly kept connected to the smartphone, with vibrations turned ON, display brightness turned up max, make/receive short calls and keep motion gestures enabled. Dial down one of these a little and you can move towards Noise’s claimed standby life of three days. 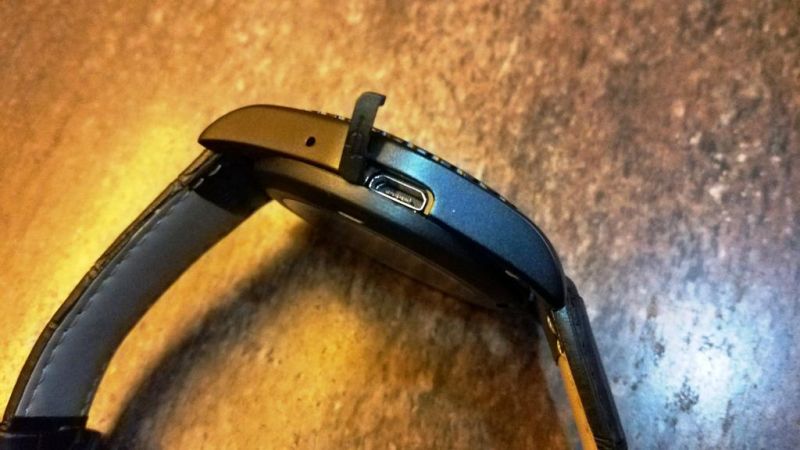 One major gripe in this department is the micro USB port — it takes a lot of ‘nail strength’ to open the rubber flap. While the company has done this to ensure the water resistance, using pogo pins would have been appreciated. Implementation of wireless charging would be asking for too much at this price point. 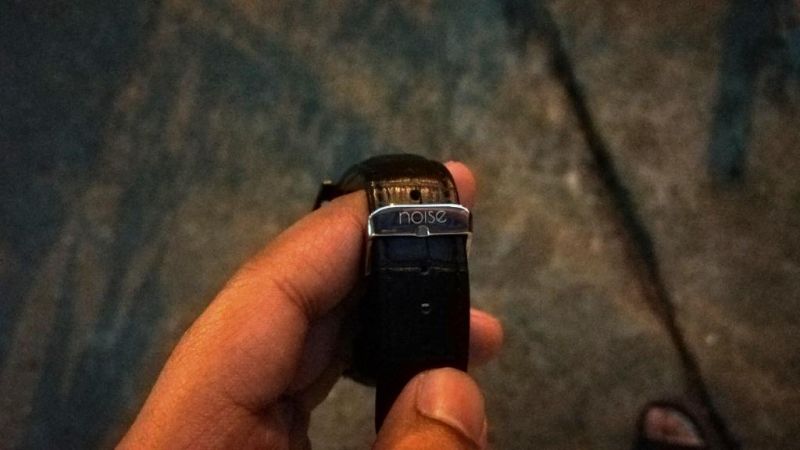 However, despite cribbing about its imperfections, the Loop Lite is a great wearable considering the budget price. It's comfortable to wear and is not an embarrassment to carry around as compared to similarly priced rivals. We commend Noise for working on providing a decent and basic smartwatch experience; however, the company needs to work on a better software to make this device more refined. Despite that, you do get a lot of ‘smartwatch’ features for less than half of a full-fledged smartwatch. 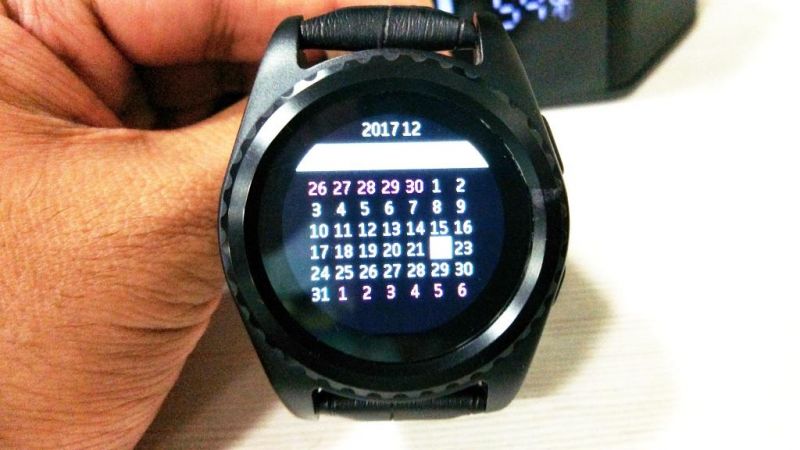 Should you buy the Noise Loop Lite? If you are looking for a highly affordable wearable, then cheaper fitness bands should work for you which sport a simple utilitarian display. However, if you are constrained by a meagre budget but crave for a luxury-looking wearable, then the Loop Lite is a recommended choice, albeit with a few compromises. However, we expect Noise to work on software updates and added customisation options to keep its users happy with their budget spending.