With variants of up to 8GB, the X2 packs features that could make it the dream deal for the budget strung gamer. 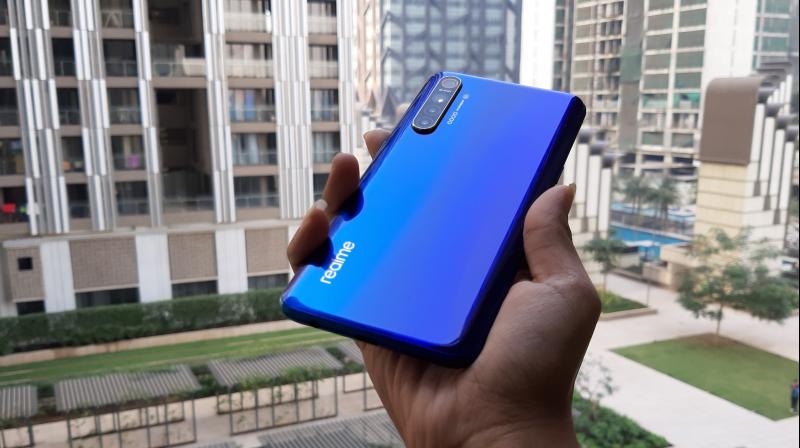 The realme X2 has a 3D Hot bending Gorilla Glass 5 back, to be more articulate, the same as the realme XT
Rating:

The realme X2 launched last month in India starting at a price of Rs 16,999 for its 4GB variant. With variants of up to 8GB, the X2 packs features that could make it the dream deal for the budget strung gamer.

That is also what the phone touts to be. However, there are also other features like VOOC flash charge 4.0 (30W) fast charging support, 64MP rear and 32 MP selfie camera which makes the phone promising. Launched at the very end of 2019, we used realme’s flagship X2 model to see whether it is worth a buy or not. Read our review to see if this phone is for you.

The realme X2 has a 3D Hot bending Gorilla Glass 5 back, to be more articulate, the same as the realme XT. This to be fair looks quite attractive, however, with a reflective back, the attractiveness lasts only until it has to go back into its plastic case which is quite necessary unless the user is fine with a smudgy look on the back. 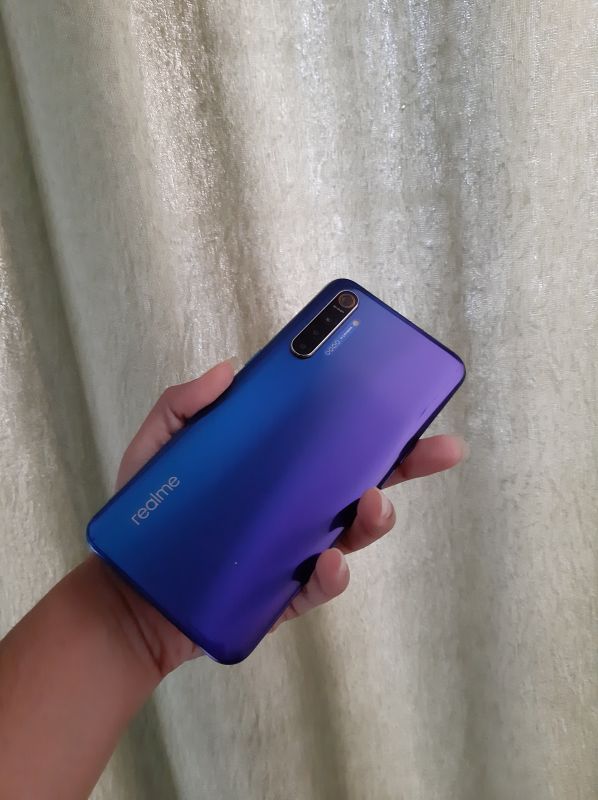 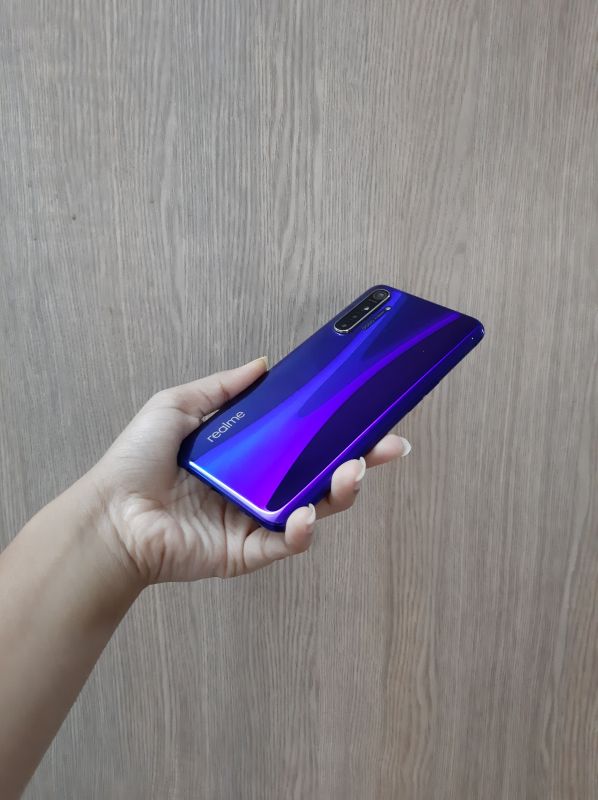 Otherwise, though, the phone has a dewdrop display which helped give it a 91.9 per cent screen-to-body ratio, placed towards the top on either side, the two volume and one power button were also slim and the body can overall be said to be aesthetic. However, at the back the camera bump juts out quite a bit, which is loosely covered by the case, becoming an inviting cavity for dust particles to settle. At this point, if you’re wondering if we think that the case is terrible then no, at the bottom the case seals the USB-C port securely. This is a useful feature, especially if you’re susceptible to spilling beverages on a phone you intend to hold to for some time.

About the build, the phone is a little thicker and heavier than usual, but also being poised as a cheaper alternative to similarly built realme XT and X2 Pro, it shouldn’t be a problem to at least that bracket of customers. Lastly, the display of this phone is fantastic. With a 6.4-inch long Super-AMOLED one, a small drop notch for the selfie camera and narrow bezels on all sides help make almost full use of it during streaming as well as gaming. 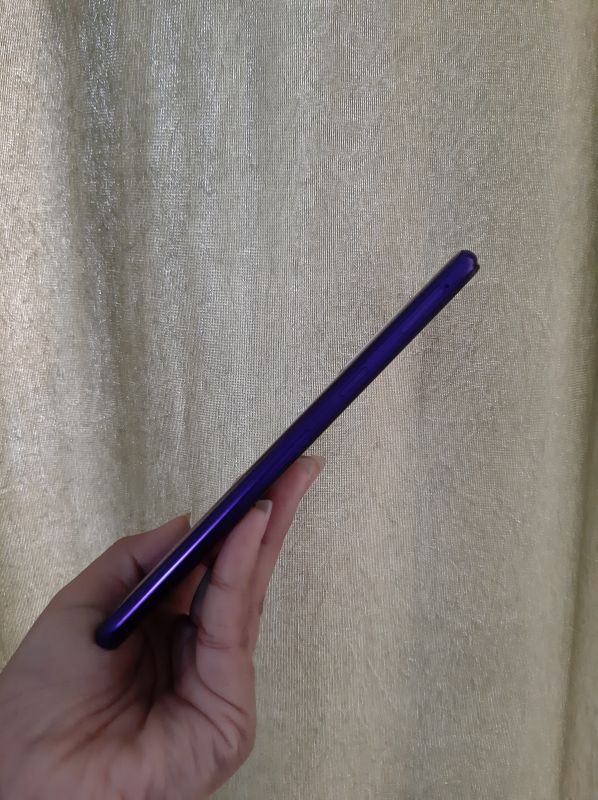 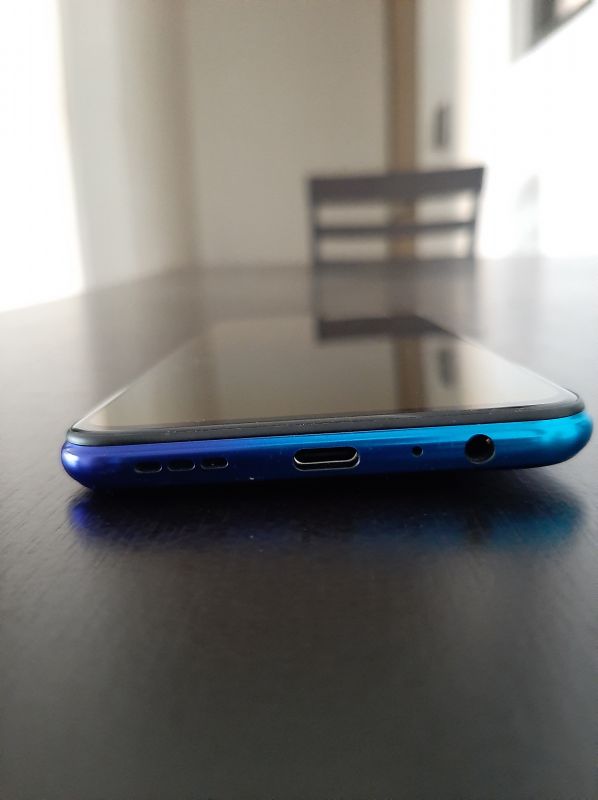 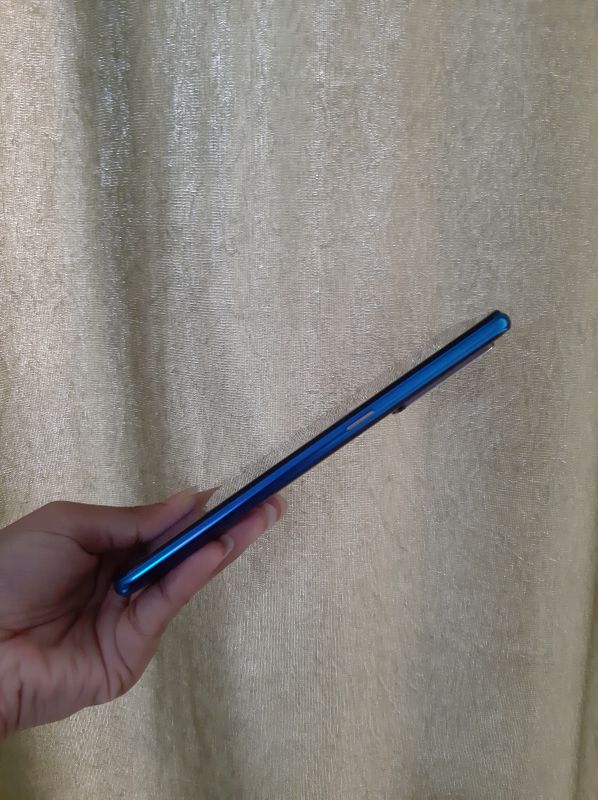 However, while the produced graphics, colours and contrast of all content looked very well, we did face issues working with the ambient light sensor under harsh sunlight. Thus, our suggestion to realme would be to work on the thickness and ambient light sensor.

The realme X2 has a brilliant quad-camera set-up, containing a 64 MP primary camera with super-wide, macro and portrait lenses. However, when we used it the 64MP pictures turned out good in quality but did have added colouring which can be problematic if you’re looking for authenticity but apart from serious photographers this shouldn’t affect anyone, in our opinion. The camera was packed with features, there were different colour modes, chrome boosting settings, HDR support. To cut it short, we found the camera to be perfect, our only complaint was with the Ultra-Macro lens which added unnecessary colours into its shots. 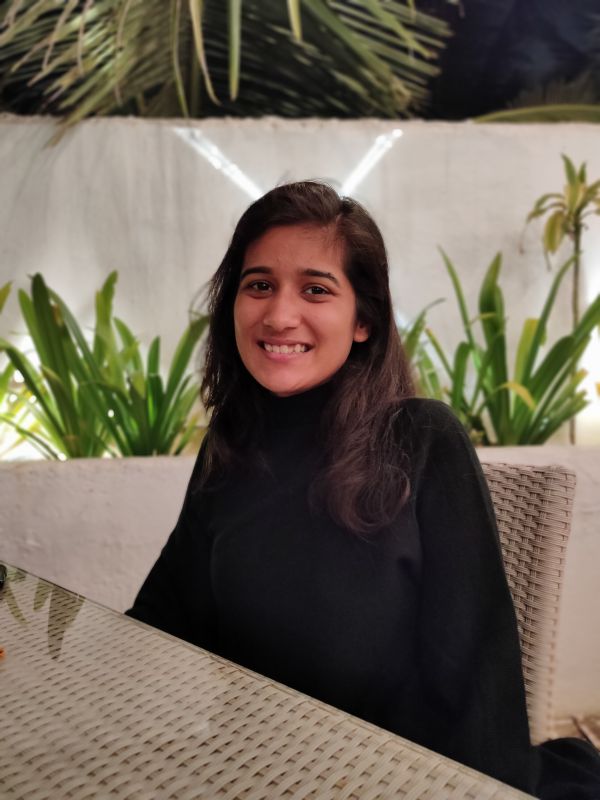 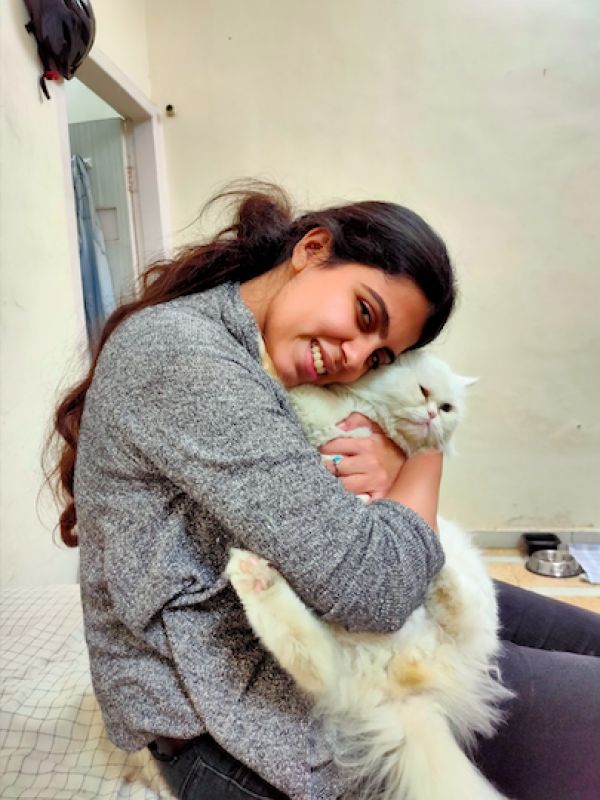 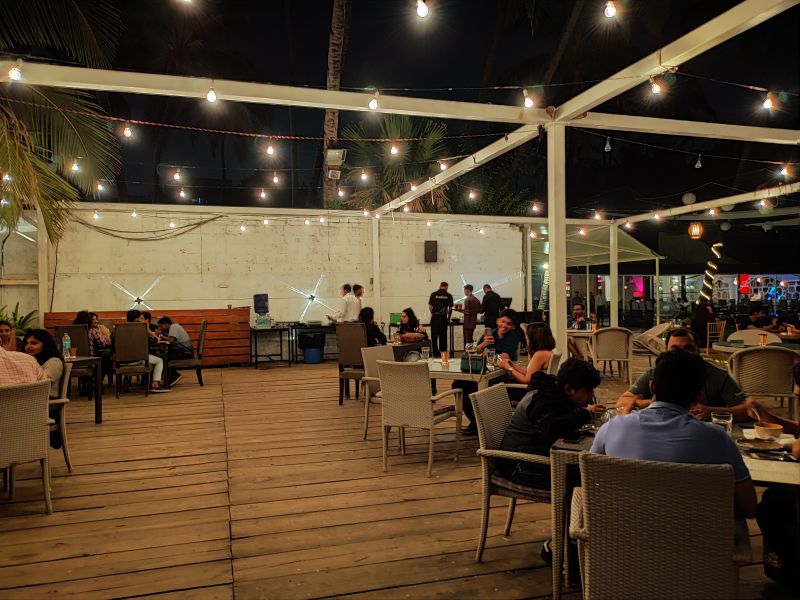 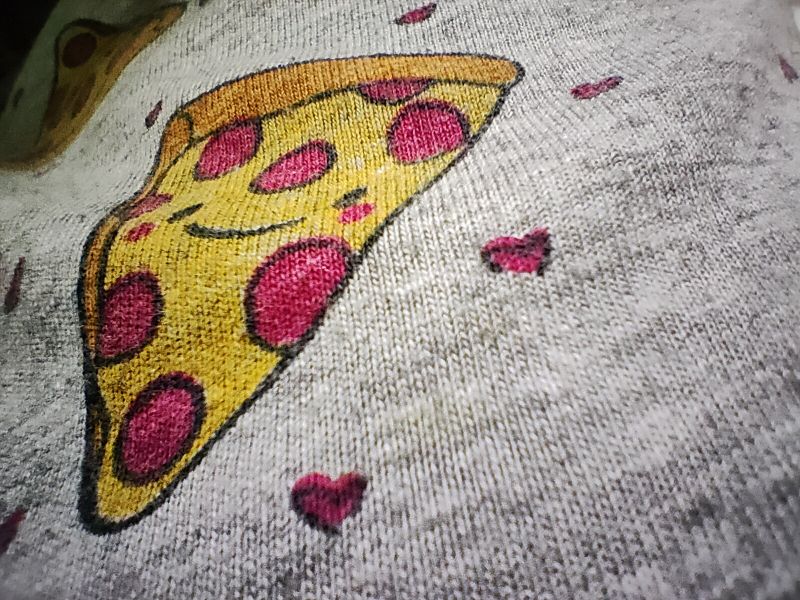 Furthermore, moving on to the front camera, the 32 MP sensor captures scenes in vivid detail with even a portrait mode and a nightscape mode. For the most part, we don't have any complaints about it. 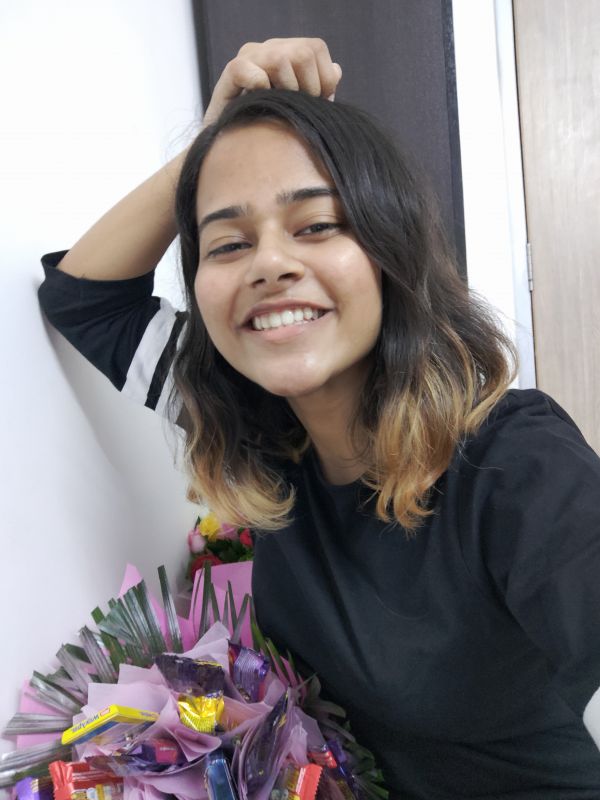 This mega, power-packed, mid-ranger of a realme phone delivered a performance that immensely satisfied us. To give more context, the realme X2 is powered by a Snapdragon 730G chipset and with its massive 8GB RAM it should handle gaming comfortably without any lag. But what’s more is that it could even do so while comfortably interchanging applications, and not heating up, despite long hours of gaming.

Another very hyped feature, its Goodix 3.0 in-display fingerprint sensor with a touted 0.3 seconds response rate, also delivered properly about 80 per cent of the time. 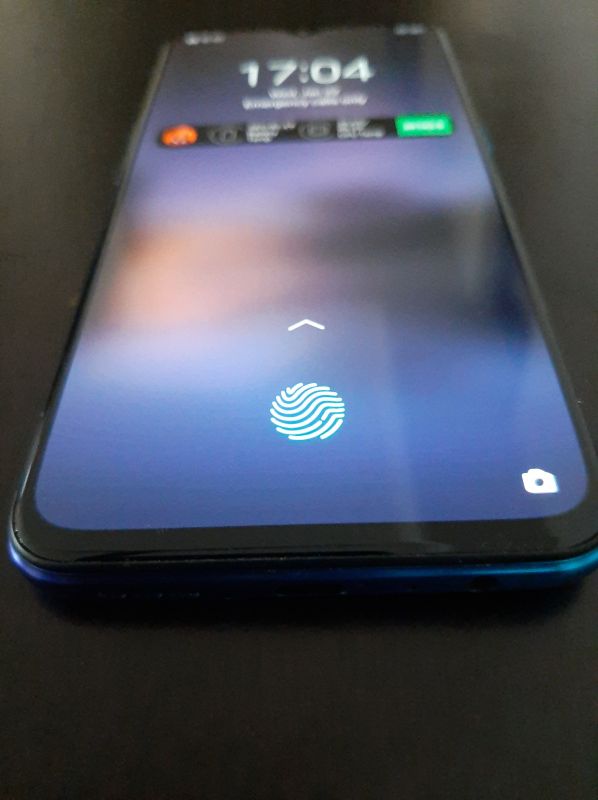 In terms of hardware here, the smartphone has Dolby Atmos-enabled speakers which amplify the mids and lows to provide an audio quality that could trouble the rest of your household as you may slowly reduce your preference of regularly used earphones.

With Android 9 Pie out-of-the-box and realme’s latest ColorOS 6.1 UI the phone gives multiple efficiency managing modes, even an all-out dark mode, assistive features and more notably a double anti-lock antenna feature which promises to boost internet speeds when connected to Wi-Fi. It does so by connecting to two Wi-Fi networks simultaneously during usage, and can even do so by connecting to your cellular network along with one Wi-Fi network. This worked fine for us and we had no absolutely complaints.

Realme’s new ColourOS 6.1 made things quite easy and cleaner, to an extent. Reminiscent of Apple’s popular AssistiveTouch button, it also had an assistive ball feature allowing gestures or quick actions like screenshots, multi-tasking, etc.

The OS had a lot of features, some of which you can read about here, with even the gaming mode working smoothly, blocking out most unimportant notifications and other interruptions by itself.

With an excellent set of cameras and powerful performance, the X2’s generic 4000mAh almost seems too short to fully satisfy. However, for general, light usage, this should suffice. For the hard-set gamers, we’d suggest keeping the phone’s powerful 30W VOOC 5.0 flash charger which can fully charge it in about an hour close-by, or well keep a power bank.

So overall the battery of the phone maintains itself well although, clashing with the software, the battery saving mode of the phone has poor ambient light sensing and overall user experience. Thus, we’d suggest using the phone normally and keeping the charger close-by.

With the realme X2, the company has delivered once again. Where only a few months ago it had delivered the first 64MP sensor wielding realme XT handset, it has now brought together the best of both worlds with the realme X2. The handset wields the same, famous, 64 MP sensor but with the premium phones’ exclusive Snapdragon 730 SoC. Thus, it has brought Rs 30,000 and above features down to Rs 20,000 or the mid-range segment.

So, if you’re looking for a phone to buy this season within the segment, this is the one to go for!