Samsung Galaxy Note 9 price to be lower than Note 8

The Galaxy Note 8 was priced at Rs 67,900 when it was launched the previous year and the pricetag was for the 64GB variant. 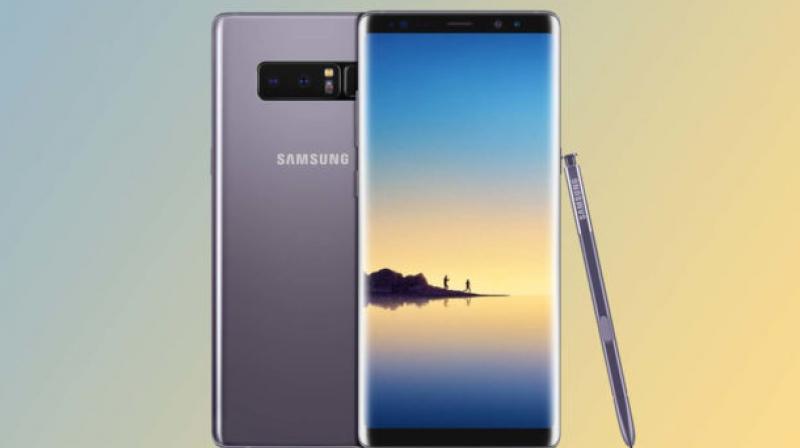 As we reported before, Samsung saw diminishing sales in the second quarter of 2018 as it's Indian market share during the period fell down to 34 per cent, in the premium smartphone segment. This was due to the lower-than-expected sales of its current flagship Galaxy S9 which couldn't gather considerable owners. However, this downfall is set to benefit the prospective buyers of the upcoming Galaxy Note 9 which will perhaps be priced tad lower than the previous phablet Note 8.

As brought to notice by Gadgets360, the much-hyped Samsung flagship Note 9 is highly likely to be priced around Rs 64,400 for the 128GB variant. In case you don't recollect, the Galaxy Note 8 was priced at Rs 67,900 when it was launched the previous year and the pricetag was for the 64GB variant. Moreover, the Galaxy Note 9 will be launched earlier than the company's traditional timeline which the company says will help it get more sales. The new phablet is set to debut on August 9.

Once the invincible leader in the high-end mobile segment, Samsung have been seeing lowering sales for a while. That could be attributed to other brands entering into the competition such as OPPO, Vivo and Huawei who offer adorable features at more affordable prices. However, the one brand which landed a hard blow on Samsung's 2018 sales is OnePlus which recorded the highest number of sales during the second quarter of this year.