With a good design, powerful battery and an expandable storage of up to 128GB, Coolpad really tried to deliver. 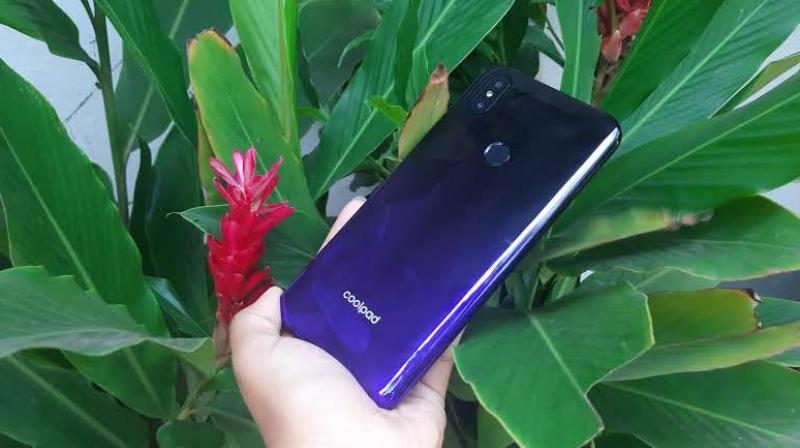 With an IPS LCD 6.22-inches dewdrop display on the rest of the front, the phone’s back has a gradient design. Gradually blending from black into purple or blue depending on the colour variant.

Smartphone brand CoolPad launched yet another model in its 'Cool' range, this month. This one's called the Cool 5, selling at a budget-friendly price of Rs 7,999.

With a good design, powerful battery and an expandable storage of up to 128GB, Coolpad really tried to deliver. However, it sort of missed out on a few key components, which is where began its downslide.

Read on to know our thoughts about it, after using it for quite some time.

The Coolpad Cool 5 smartphone comes with a plastic shell with a waterdrop notch for its selfie camera set just below the earpiece. With an IPS LCD 6.22-inches dewdrop display on the rest of the front, the phone’s back has a gradient design. Gradually blending from black into purple or blue depending on the colour variant. The phone’s bottom wields a ‘coolpad’ etching too.

While the phone comes in two colours - gradient blue, and midnight blue; we reviewed a model in gradient blue.

Otherwise, the handset sports a USB-C port at the bottom, with two speaker grilles on either side. USB-C ports provide for faster data transfer and ensure that the device remains a little more future proof. There is also an additive advantage of not fussing about sides, with reversibility. 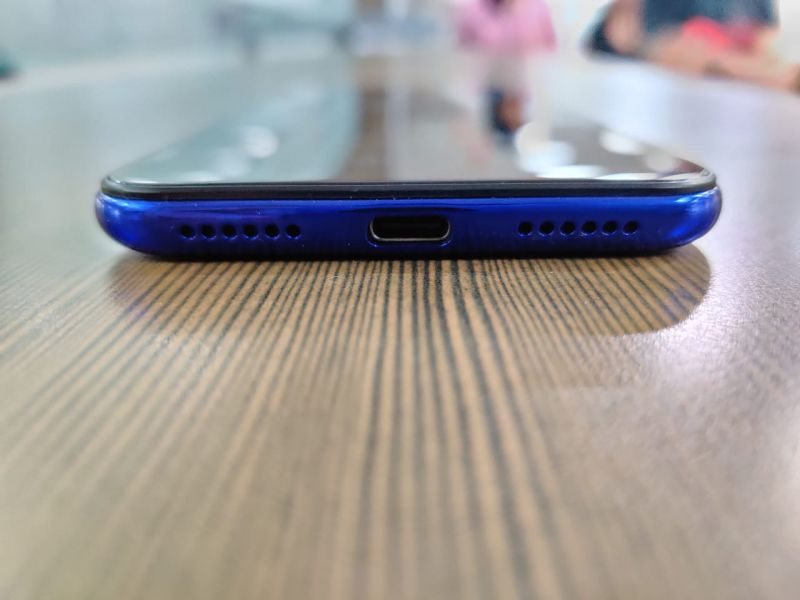 At the top, we find the headphone jack, while the right of the device sports the volume and power buttons. To the left, you get the hybrid SIM tray that can be used with either two Nano-SIM cards or a SIM and a microSD card. At the back, it has a fingerprint scanner in the centre, a little way from its dual camera panel at the top. 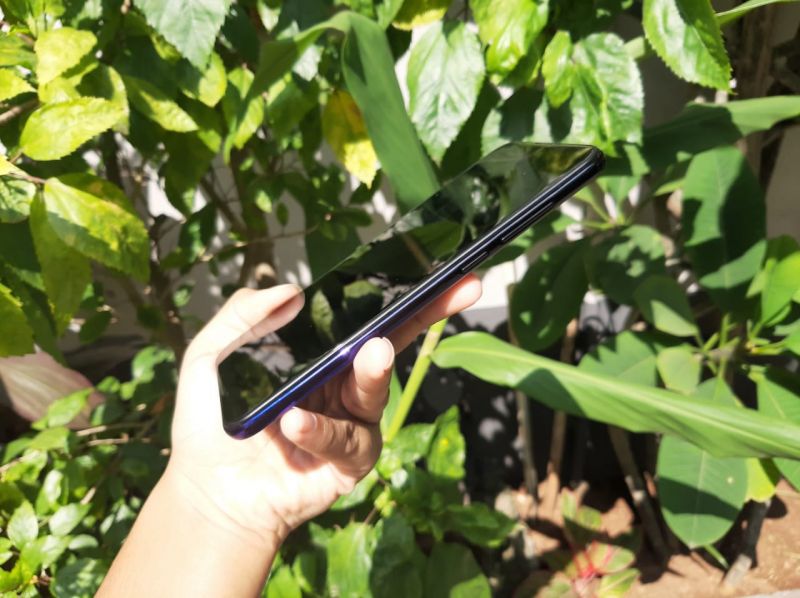 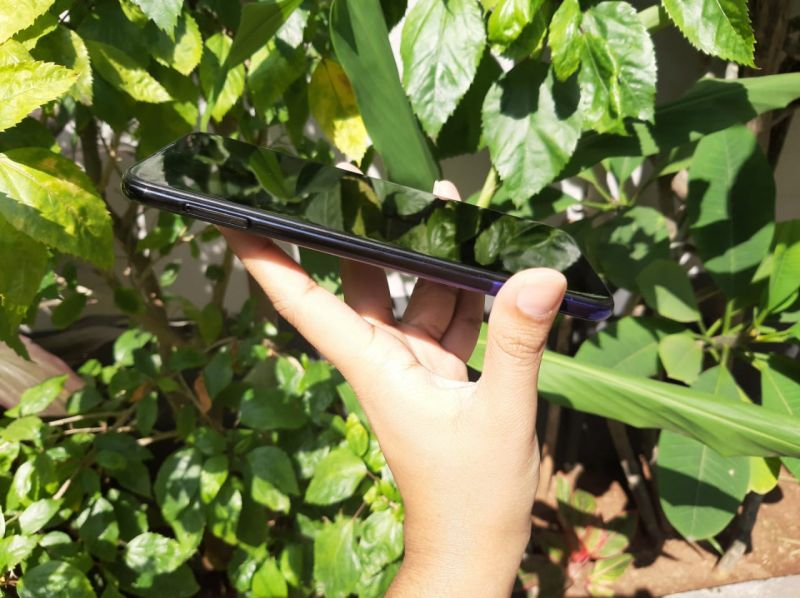 The looks of this smartphone aren’t bad, it’s also compact for one-hand usage or for carrying it around. However, it does feel slightly heavier than usual phones and is relatively thicker than other phones as well, irrespective of battery variations and other features.

Feeling sturdy enough to be able to withstand a few drops, it still, however, comes with a transparent phone case in the box, in fact, there’s also a screen guard that comes along. 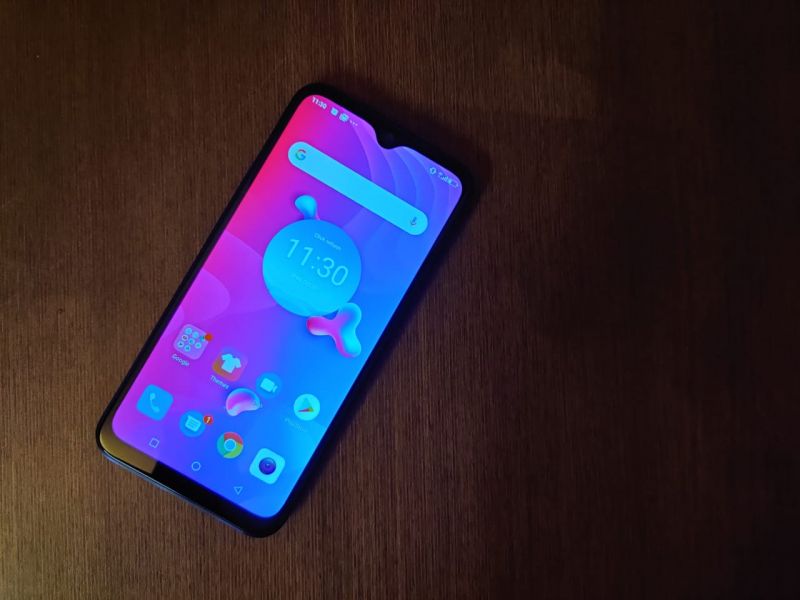 The phone’s display produces colours and contrast well, thus not suffering much despite its low price. However, what puts a damper on the otherwise good performance is a poor ambient light sensor. Videos would abruptly dim or brighten, out of sync with the actual ambient lighting of the setting bringing down an otherwise good performance to an overall ‘decent’ categorisation.

The phone has a 13MP primary rear camera with a 2MP depth sensor and a flash. This supports multiple modes- namely the beauty, FaceCute, Bokeh, Pro, and a Smart photo mode. Use whichever mode you would like in combination with the camera’s hardware, Cool 5 lets the user down heavily in terms of photography. 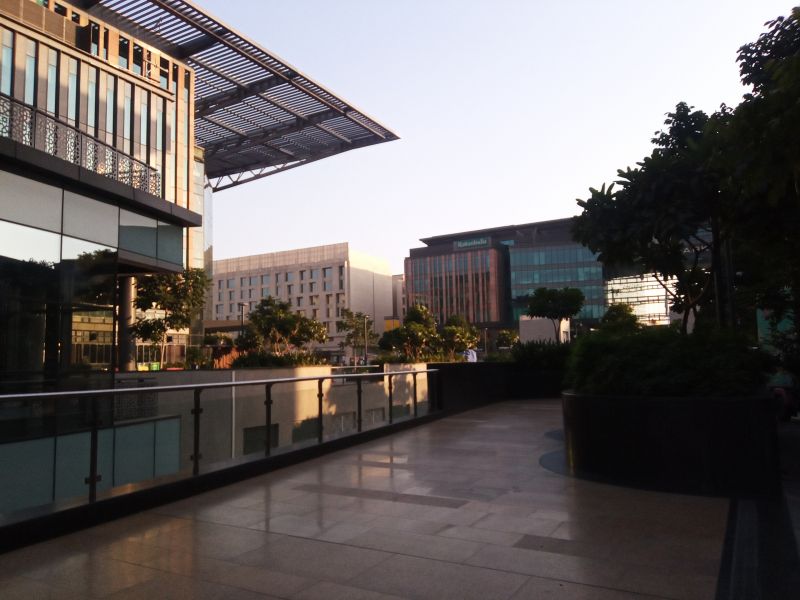 There is heavy discolouration of the pictures, an unasked for bluish tint and a lack of clarity even in well-lit conditions. In the bokeh mode pictures get an added depth to them however, the shoddy application of a blurring effect makes the dimension inappreciable. 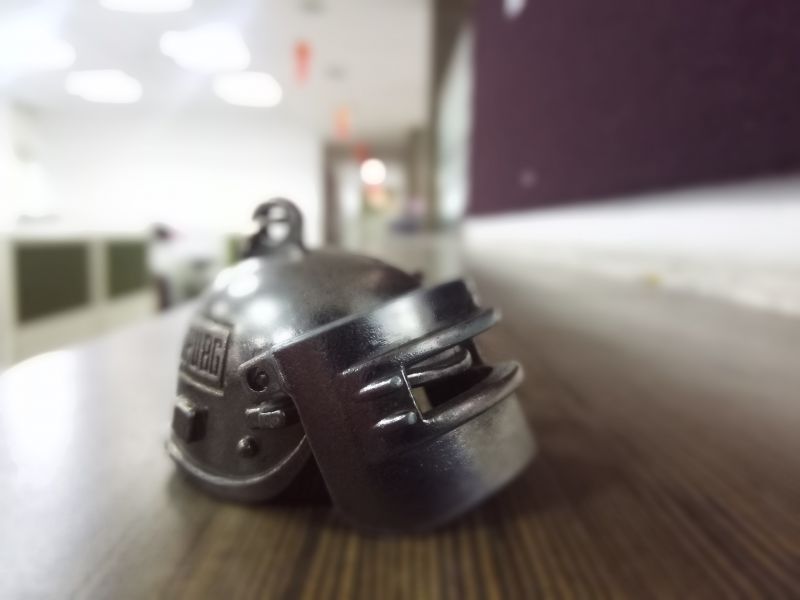 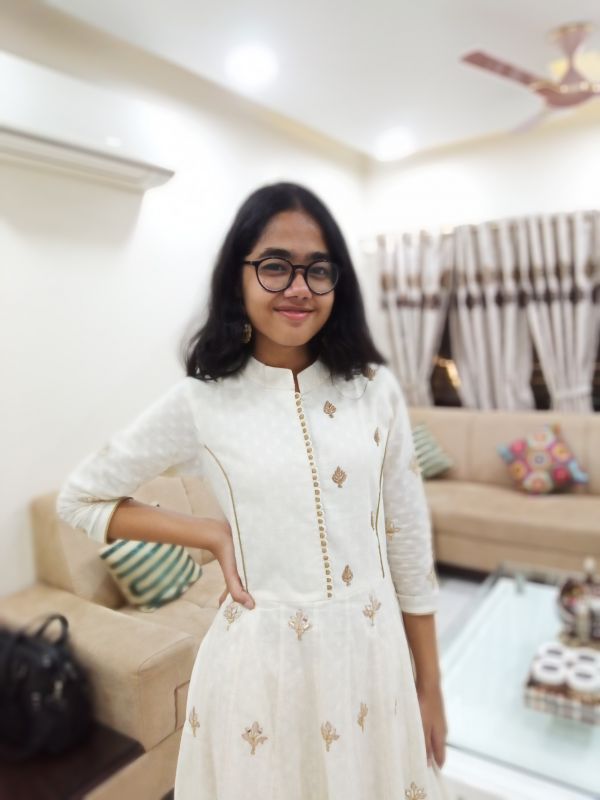 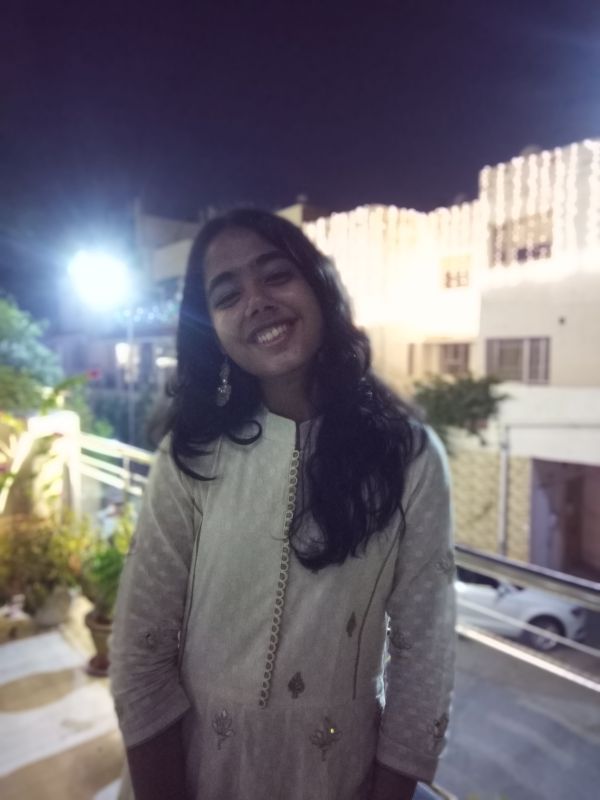 Next up, the FaceCute mode provides you with multiple filters while also supporting features of the beauty mode. The filters come pre-installed, but largely need to be downloaded on the camera app’s vast array of the AI filters.

Meanwhile, all of these modes have taken a few seconds after clicking to process and save the image which indicates a serious shutter lag; something which is no longer common in budget models. This however we mention just to give you an idea of the processing infrastructure of this camera as well.

This device has another ‘Smart Photo mode’ which has left us with our heads scratching throughout its review. What exactly does it do? You can help us find it out because we couldn't. The following is a sequence of with and without Smart mode enabled pictures. 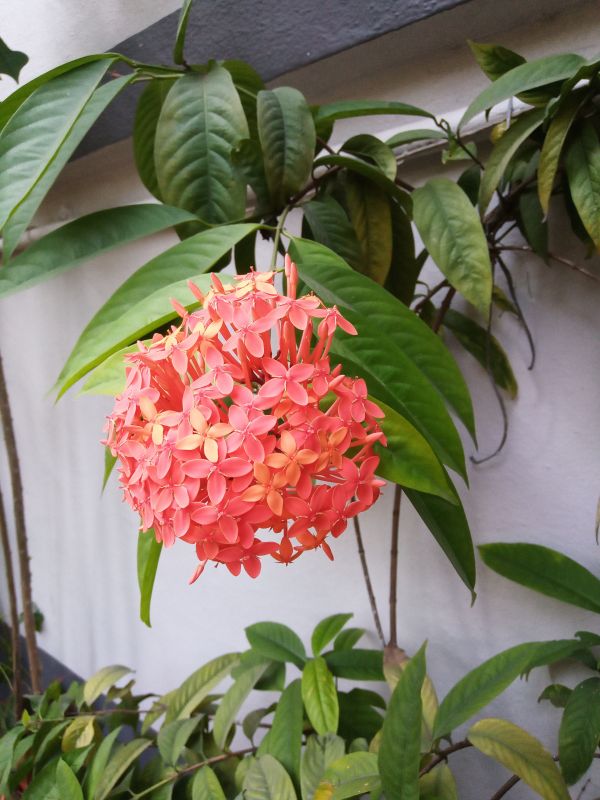 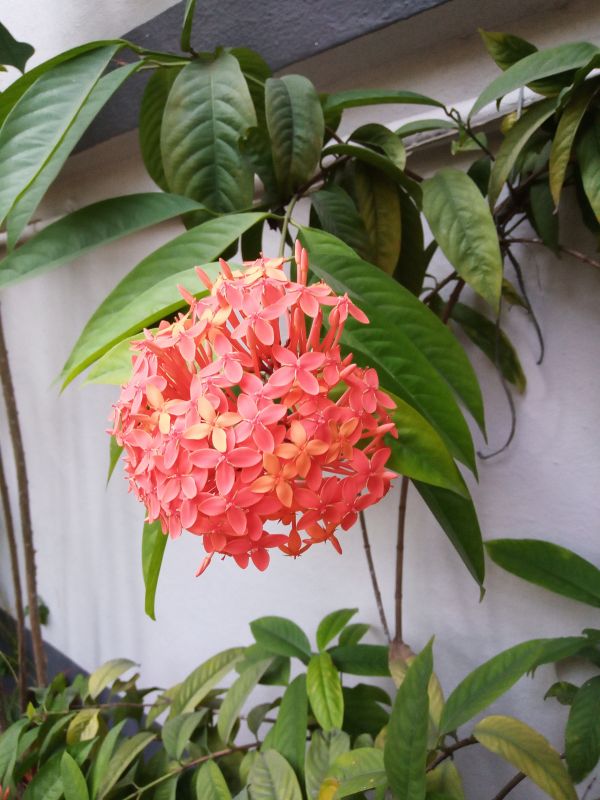 Last but not least, is the phone’s cameras’ pro mode. While the phone does provide you with ISO and white balance modification as an option, it does not let you change the more specific technicalities. These include details such as its aperture and shutter speed. Thus, you’d only be able to change the exposure, in terms of a scale from -4 to +4. So, if you like experimenting with slow shutter speed images, or just are one of those people who play around with phone cameras this can be a shortcoming.

Moving on to the front of the phone, it wields a high resolution 16MP selfie camera, but without any sort of a flash. If you’re going to take a selfie in low-light, it will use the phone’s white and brightened screen as its substitute flashlight. 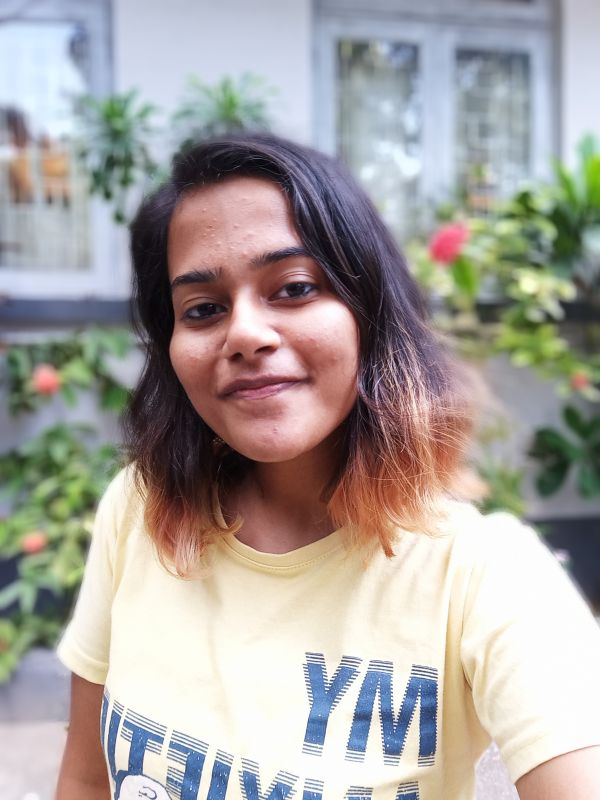 It supports modes same as on the rear camera except for bokeh, where it has a substitute ‘portrait mode’. However, this really felt like a bit of a cheat since it just seemed like an incorrectly named bokeh mode due to its poor quality of edge detection.

Coolpad Cool 5 wields a decent 4000mAh battery, which is further supported by a ‘power manager’ application for managing elongated battery life. While its predictions can be off the mark at times for how long the battery’s charge may go on for, it shall let you optimise your battery’s usage. There are also at least three modes of power saving, built into the application.

However, coming down to the matter of pivotal importance, this 4000mAh battery in the smartphone shall, aided or unaided, last you at least a little over a two day period when timed. The battery takes quite a bit of time to charge so we’d recommend you fully use the power manager app.

A 25 per cent charge on this smartphone takes roughly 30 minutes. Thus, there is no need to mention that this smartphone does not support any type of fast-charging facility. Additionally, both phone and the charger also heat up during this process, causing inconvenience and undoubtedly an initial scare.

The phone runs on Android 9 pie out of the box, with Coolpad’s custom Cool UI version 4.0 layered on top of it. 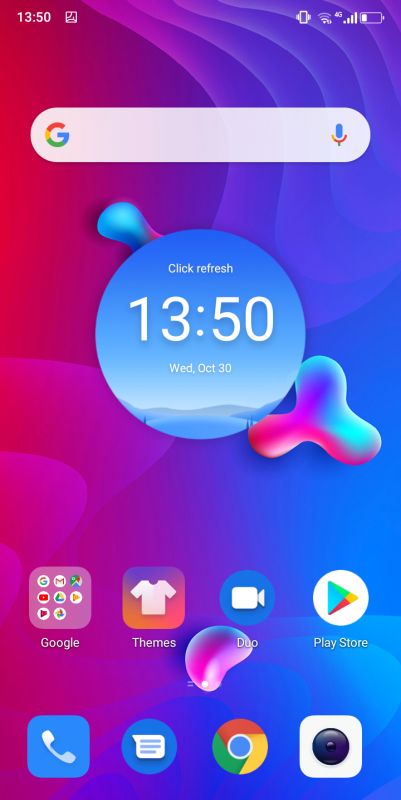 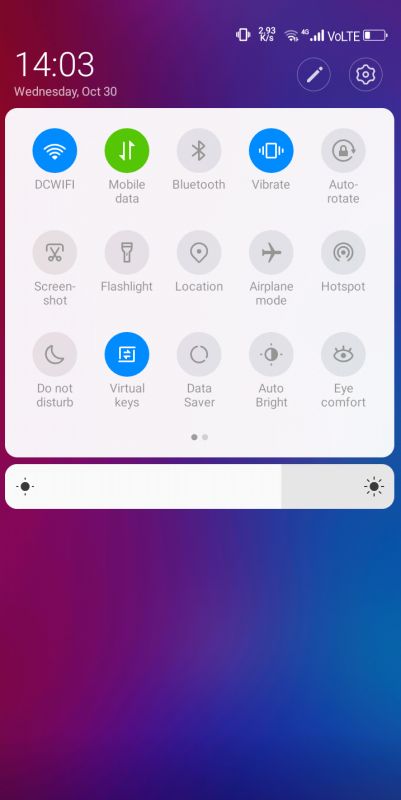 Thus the resultant default look of the UI is quite clean, uncluttered as well as easily navigable. The UI provides the Cool 5 with various themes, ringtones and such accessories as well as efficiency increasing applications like power manager, game booster, phone tips app and property system. These functioned smoothly with the phone’s 4GB of RAM and did not have any anomalies such as excessively lagging applications or even overheating caused by them.

Under this skin, users can scan for viruses or security concerns in applications with in-app purchases, disable notification and increase speed during gaming, check weather conditions, and enhance their smartphone experience with personalised android app suggestions.

Thus the overall software functionality of this phone was good. Although when compared to other smartphones in the same, or even lower price ranges, the Cool UI fell very short on providing a competitive range or variety in terms of applications.

Rest of the phone’s features included built-in functions such as face unlock, screen recorder, data saver, which formed part of supported or included software capabilities, were competitive with other phones in the price bracket.

Powered by a Mediatek MT6762 Helio P22 chipset, the Cool 5 did not lag when carrying out routine calling or messaging tasks. Security features of the phone included a rear fingerprint scanner and face unlock, of which the former had a few bumps but only initially, otherwise the two had worked quite well. The initial obstacle had been figuring out the correct angle in figuring out which angle of your finger would be best to unlock your phone through its scanner, despite the fingerprint having been saved before. Thus, Coolpad might need to work on that a bit. 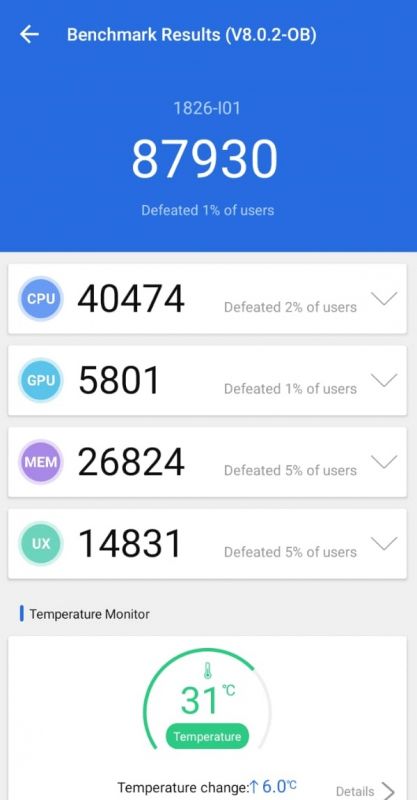 All of the phones’ other facilities worked quite alright. The touch screen was very responsive, video and audio playback was smooth, and there was no excessive heating up even with opening multiple applications in the background.

The phone isn’t our topmost recommendation, for the poor quality of its camera, however, it isn’t something you should completely avoid.

There are also very few phones in the Indian market which will provide you with a 4GB and 64GB RAM-ROM combination, save for perhaps the Redmi Note 8.

We hope that with over-the-air updates CoolPad ramps up its Cool UI by a notch or two, but the phone's rear camera is a goner and cannot be salvaged virtually. Thus if you’d still like to have an ultimately better camera-wielding handset, other phones at a minimal increase in price are options.