Apple started their sales in India on September 29. 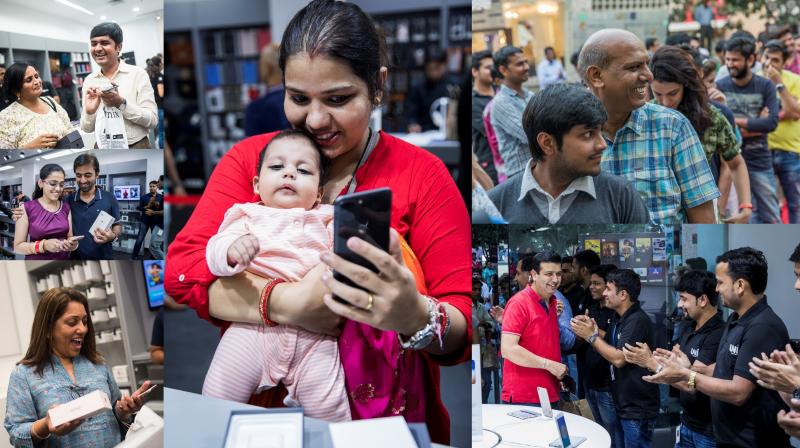 Many fans took to the stores to get their hands on a personal unit.

Apple finally went live with its iPhone 8 sales in India. Similar to other places around the world, many Apple fans showed up to spend their moolah on the new high performance gadgets. Citing massive discounts with the two festive seasons around, Apple’s iPhone 8 seems to be the buzz word in the gadget buying market.

Reliance has the biggest offer with buyback schemes and contracts and owning an iPhone in India is not as expensive as it used to be earlier. While Reliance is banking on their data game, selling yearly schemes and enrolling new customers, other players such as banks, shopping websites and telecom companies are also offering massive discounts and cashback schemes.

Apple started their sales in India on September 29 and many fans took to the stores to get their hands on a personal unit. While many may have just gone to experience the new comer, others were willing to spend on the expensive products, taking discounts into consideration. Check out some photos from India where fans flocked to the Apple stores to check out and even buy an iPhone for themselves. 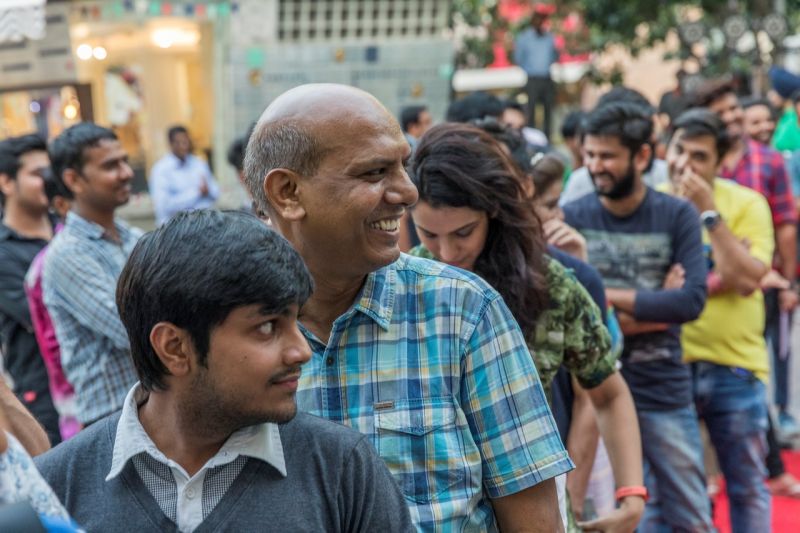 Above: iPhone fans started queueing outside Unicorn at DLF Cyber City, Gurgaon, from as early as 4pm when doors opened at 6pm. 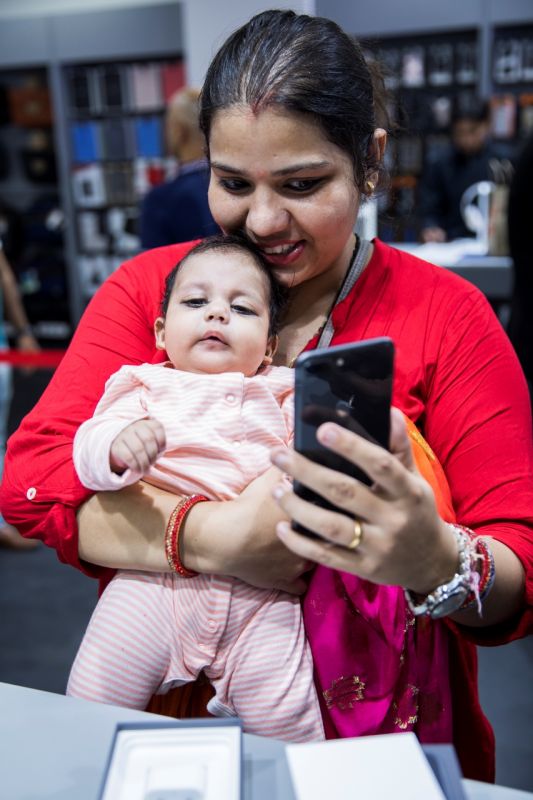 Above: Supriya Sharma from Gurgaon queued with her 3-moth-old daughter lined up from 5pm to be one of the first to get her space grey 256GB iPhone 8 Plus. 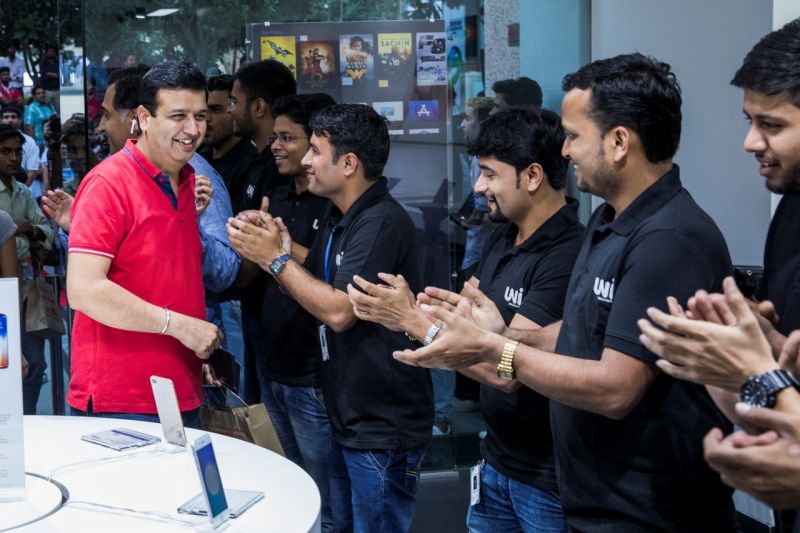 Above: The first customer at Unicorn Cyber City, Gurgaon, Manish Ahuja, puchased the gold iPhone 8 Plus, and gold iPhone 8, for his family. 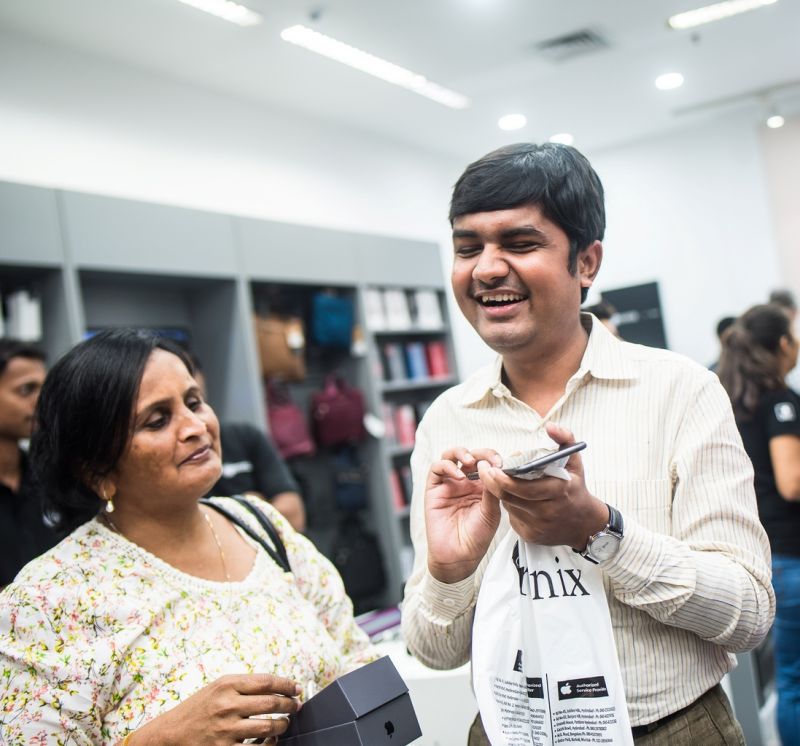 Above: Amar Jain, 27 year old from Mumbai who is visually impaired loves the iPhone for Siri and uses the BeMyeyes app to connect with volunteers and DigitEyes app so he can identify clothing he needs to wear. 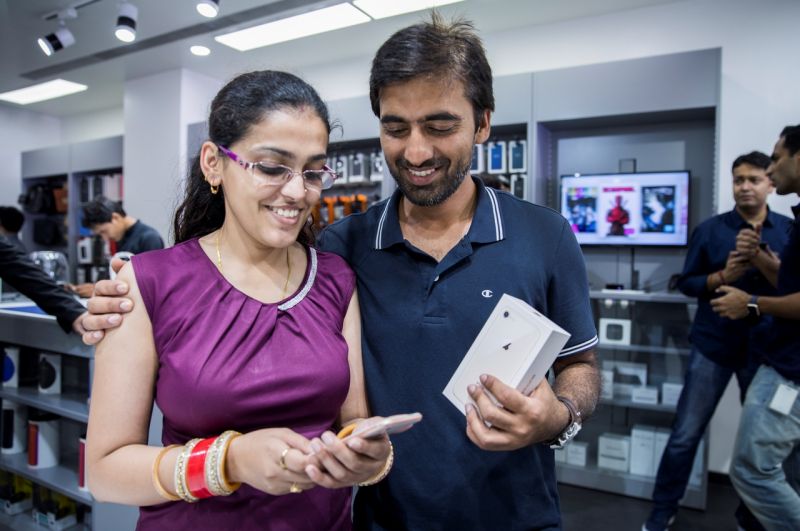 Above: Manjari from Gurgaon gifted her husband Kush for his birthday. 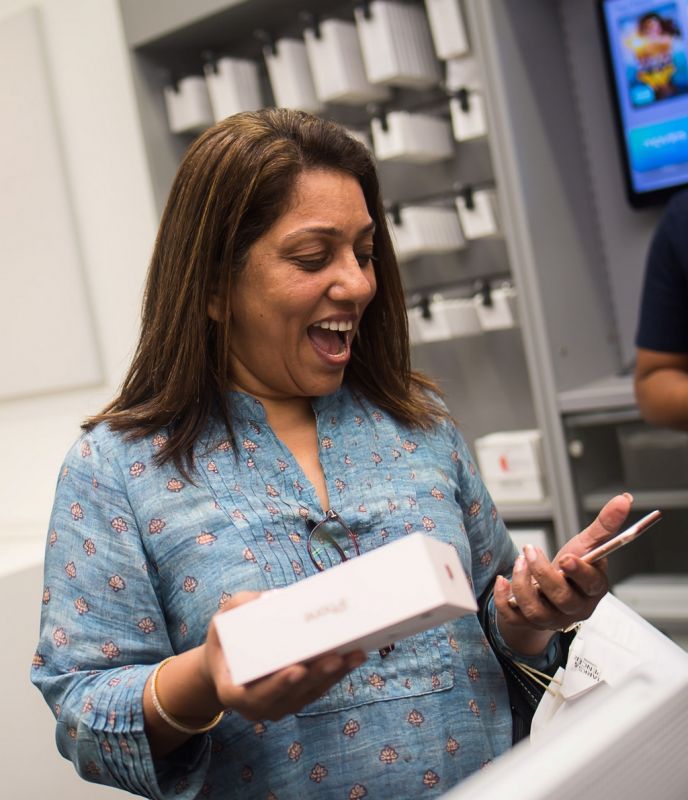 Above: Priya Mehta from Mumbai gifted herself the iPhone 8.