New smartphone with 9 rear cameras in the works

Light’s multiple lens camera tech is on its way to a smartphone. 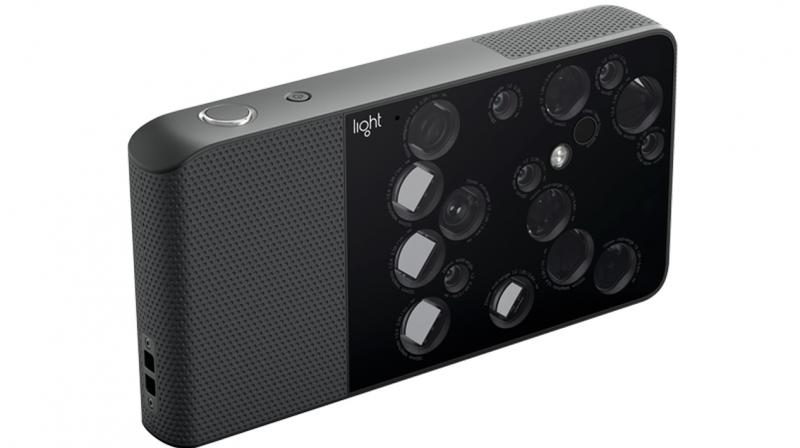 The Light camera with a multi-array lens system.

In 2018, seeing two lenses on the rear of smartphones have become pretty standard. Handsets below the Rs 10K mark are sporting these features right up to the Apple iPhone X which costs over a lakh. The concept of a triple-lens system on the rear has become a possibility with the Huawei P20 Pro and we expect the upcoming flagships from Apple and Samsung to sport these triple shooters as well.

But what if we told you that there could be as many as 9 lenses on the rear of a smartphone, would you believe us? Our guess is probably not. But as per a report by The Washington Post, this feature may soon become a distinct possibility and we may see a smartphone with 9 rear cameras as soon as this year.

This concept has been taken the furthest by a camera maker called Light. The author states, “Light showed me the concept and working prototype phones with between five and nine lenses — yes, nine — on the back. It says its phone design is capable of capturing 64MP shots, better low-light performance and sophisticated depth effects.”

The report adds that with all the lenses in play and the processing power used to stitch all the photos together into an individual shot, the smartphone will not be cheap. They state that a stand-alone camera from Light with 16 lenses costs USD 1,950 (about Rs 1,33,467).

Light states that phone manufacturer Foxconn is an investor and they claim that a smartphone with such a multi-lens array will be announced by later this year.