Leaks hint at an iOS-powered laptop

The device uses an EFI (Extensible Firmware Interface) as the booting system like a Mac. 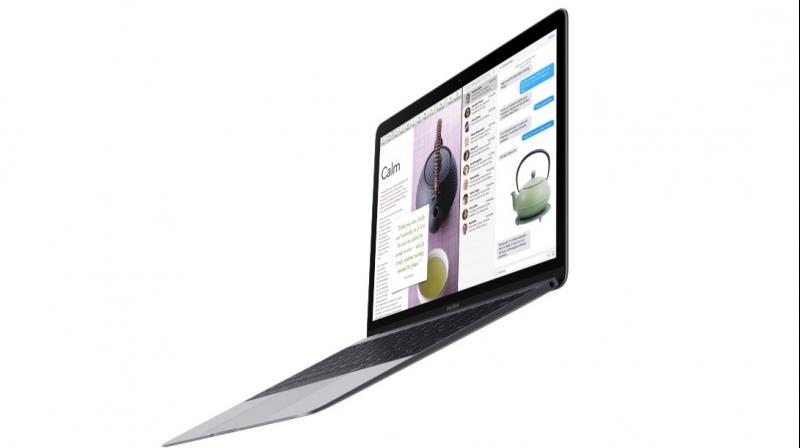 Moreover, it’s believed that the device will use a derivative of iOS as its operating system. (Representative Image)

In the last few years, the trend for computers relying on ARM-based processors is a new thing. Microsoft has already taken the leap with several Windows 10-powered laptops utilising Qualcomm’s Snapdragon 835 chipset. However, it seems that Apple also wants to make its presence felt in this new category of power efficient laptops if some new leaks are to be believed.

According to a report by 9to5Mac, Apple could be testing a new laptop that could be utilising titbits of the existing smartphone platform. The device is codenamed Star and is named N84. The product has been found to use EFI (Extensible Firmware Interface) as its booting system, similar to what you find on Macs. The device has also been confirmed to sport a touchscreen display, a SIM card slot, GPS, compass and is water resistant as well. Moreover, it’s believed that the device will use a derivative of iOS as its operating system. The report even goes on to state that a bunch of prototypes have been under test since January 2018 and were manufactured by Pegatron in China. Could this be then the logical competitor to Google’s Chromebook and Microsoft ARM-based Windows 10 laptops?

It’s hard to believe on this piece of information as most of the details could be pertaining to any of Apple’s upcoming iPhone models. Mark Gurman from Bloomberg suggests that N84 is, in essence, the 6.1-inch LCD iPhone that is supposed to be Apple’s bread-and-butter model this year, replacing the iPhone 8 and 8 Plus. If this device happens to be the 6.1-inch LCD iPhone, then it’s reassuring to know that this affordable iPhone model will be water resistant.

These are still unconfirmed leaks, which is why we suggest you should take the above information with a grain of salt. Apple’s WWDC 2018 is scheduled for 4th June where the Cupertino giant is expected to show up with a range of new tablets, laptops, a new budget iPhone and the next version of iOS.